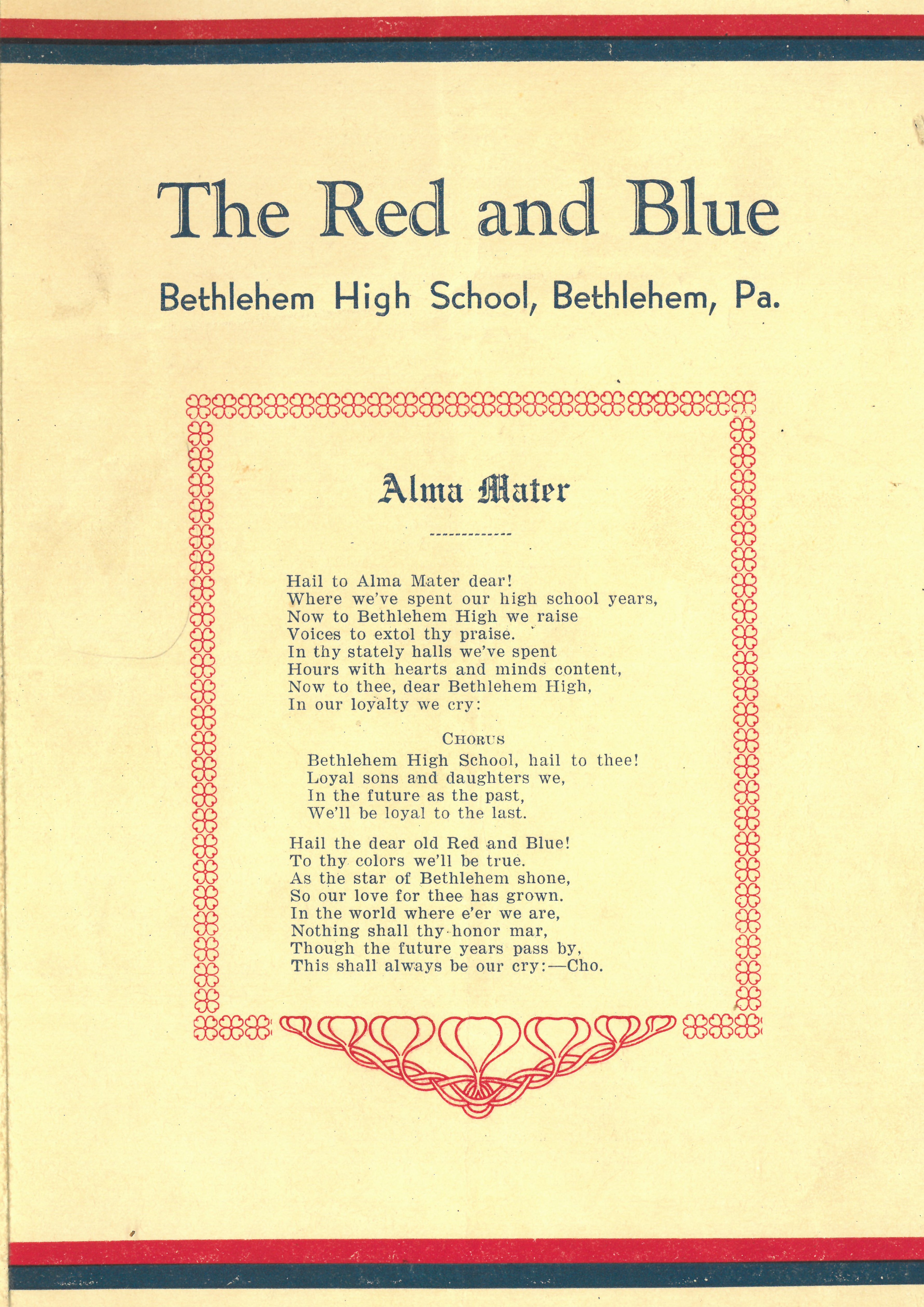 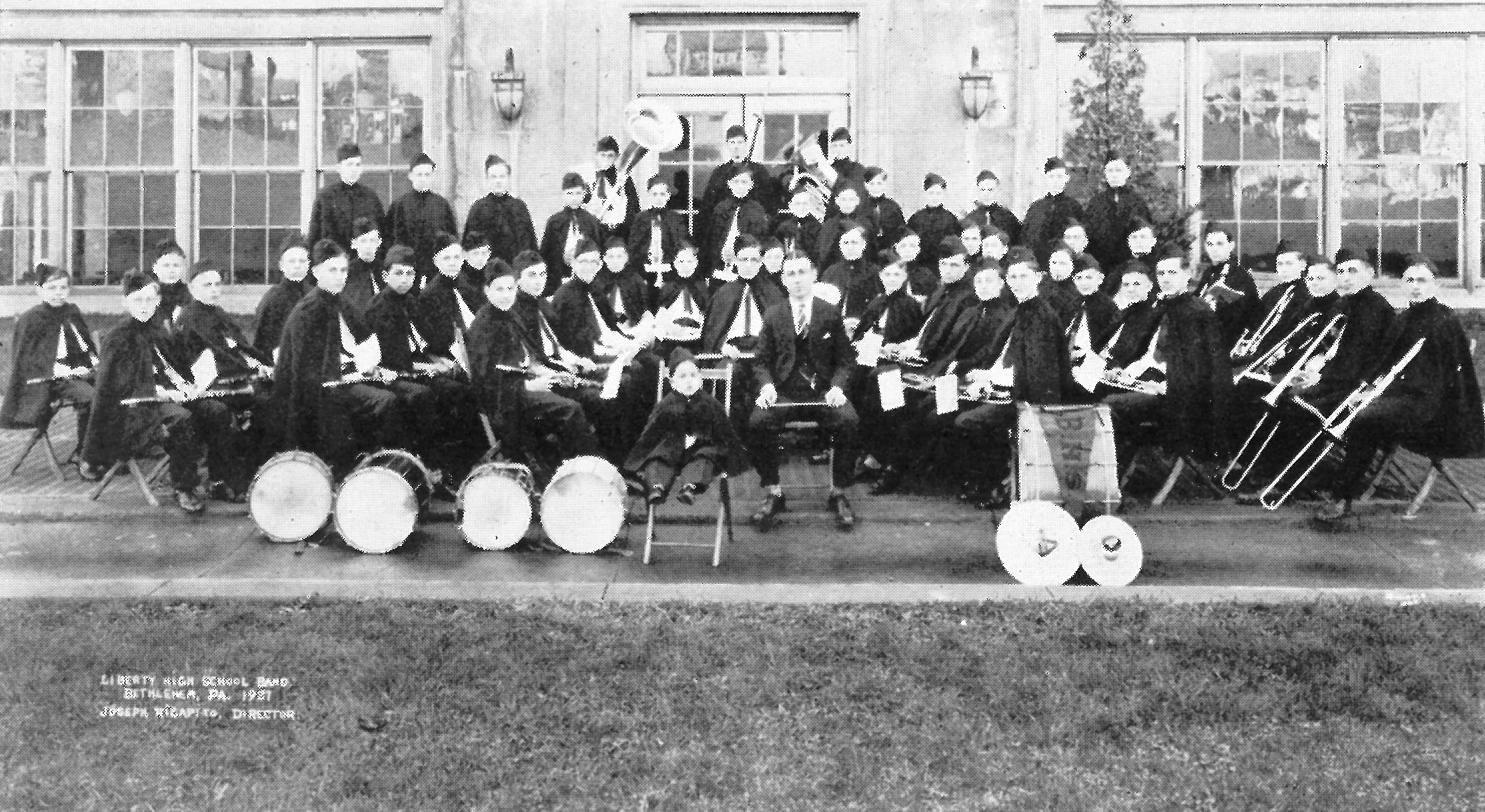 The Liberty High School Band has been organized for three years as of 1928, and it had two concerts to fund the purchase of new instruments. With only 47 members, their hard work allowed for splendid playing and school spirit! 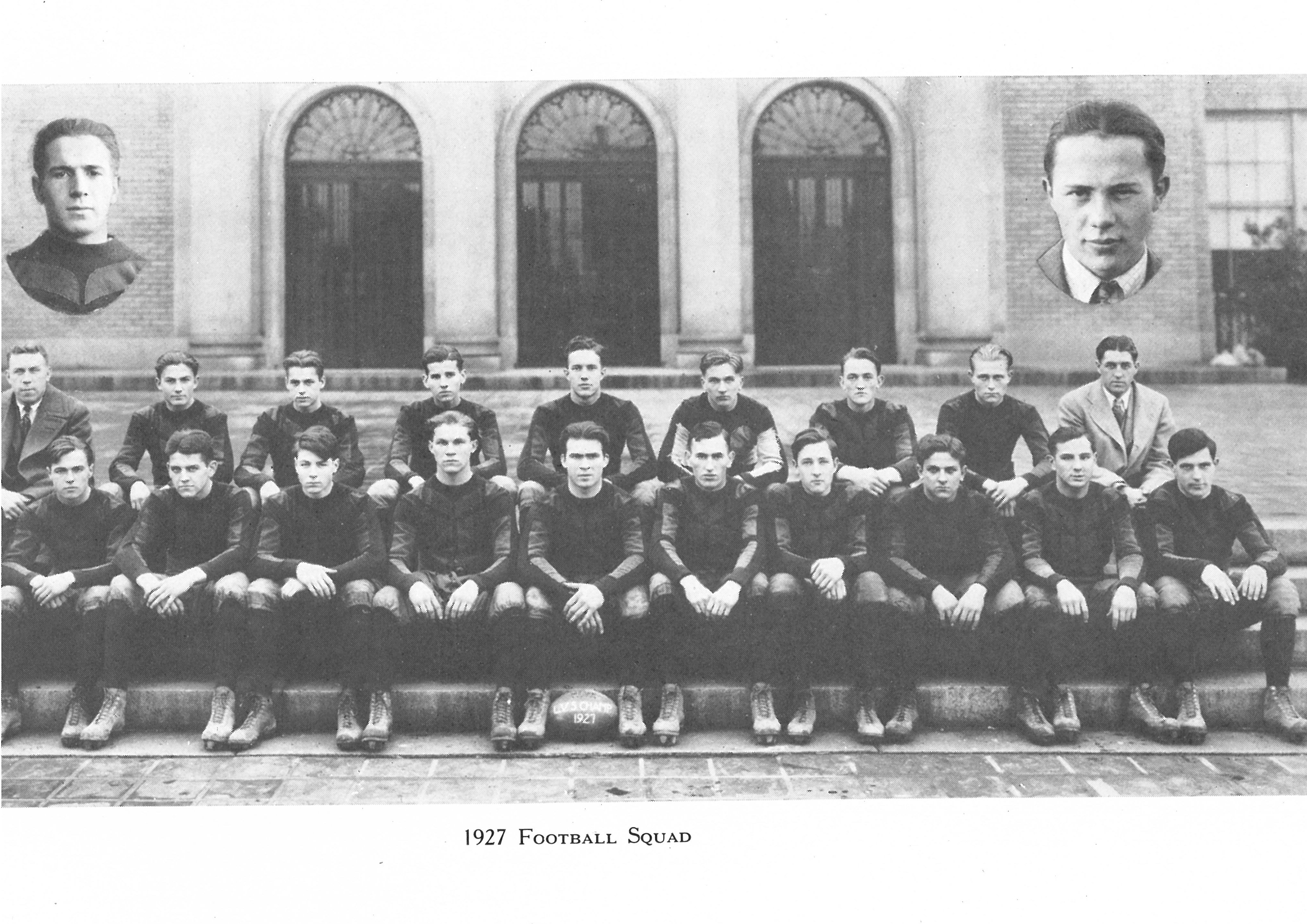 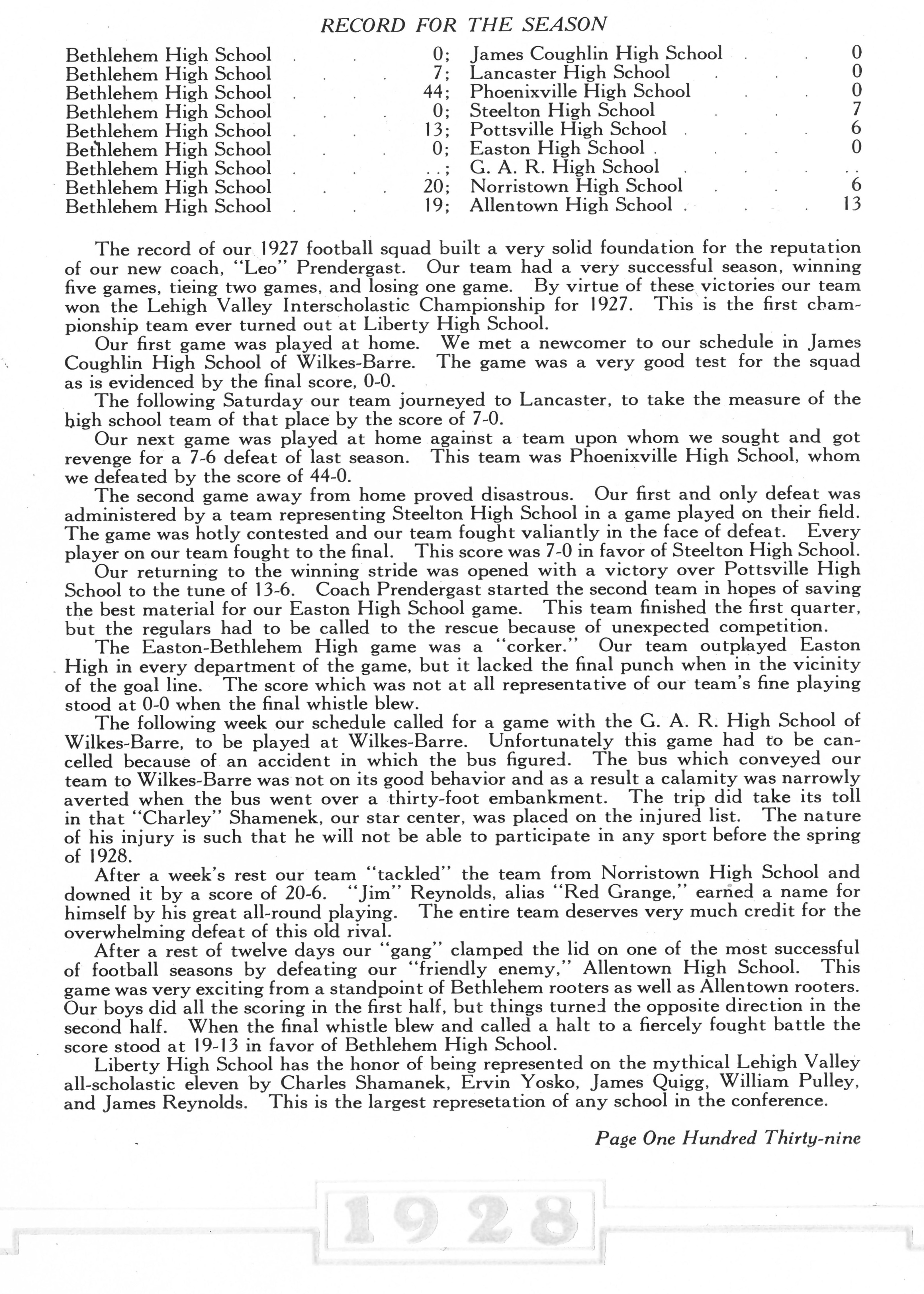 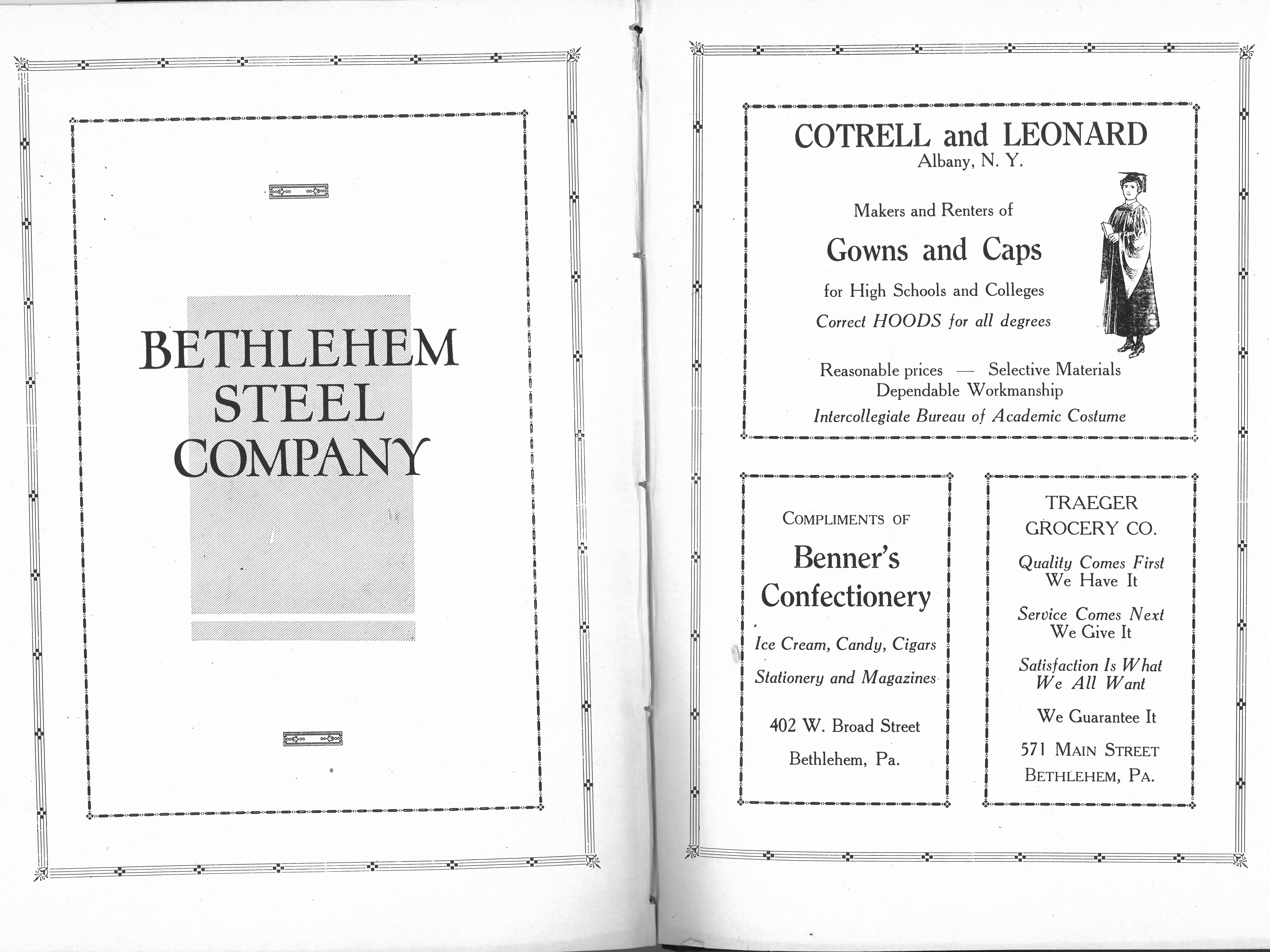 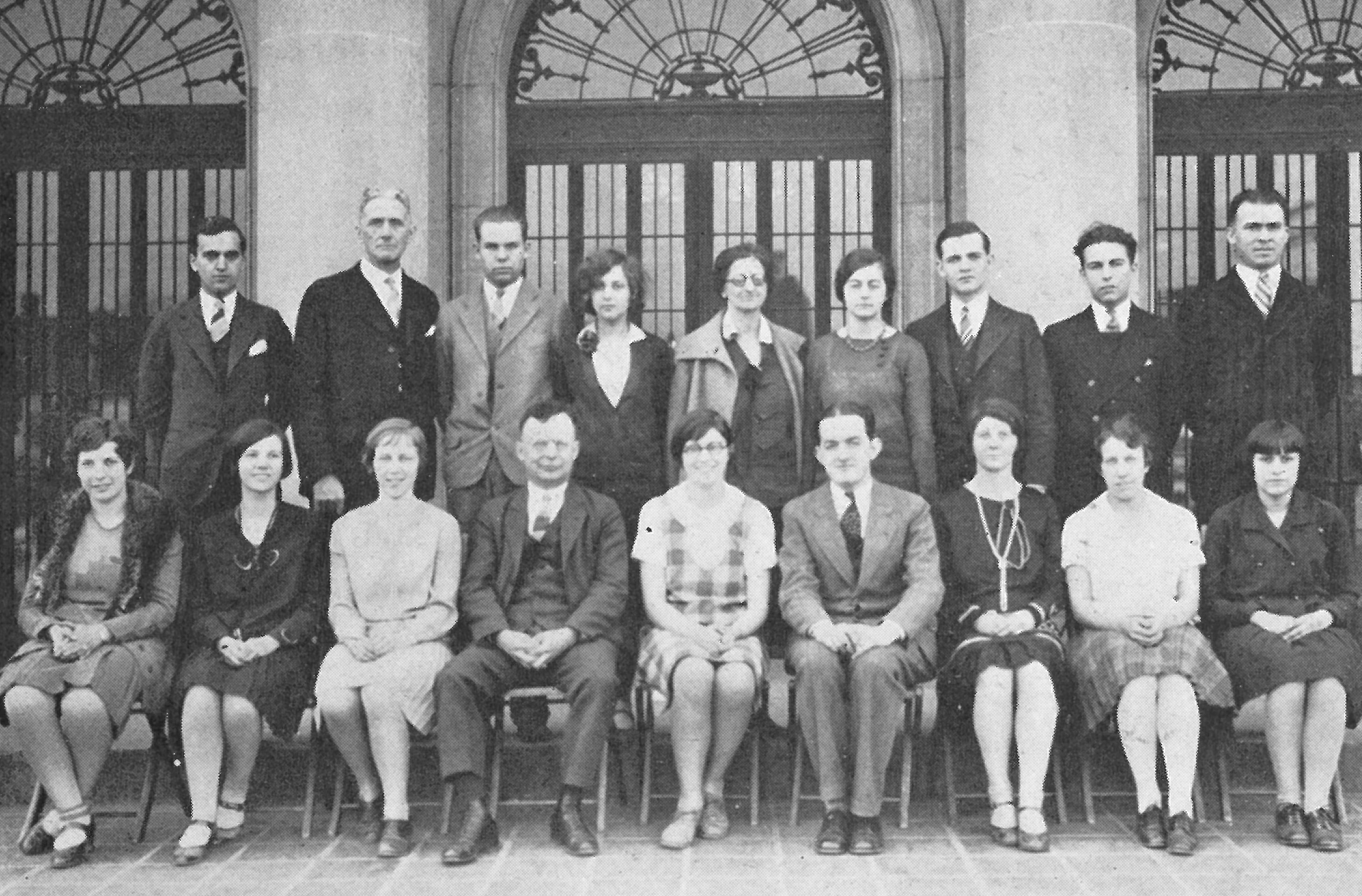 Liberty can be proud of its magazine of 1929. At the Columbia Press Association in New York City, it was awarded first prize in Class A. This year was the first in which such an hour was brought to the high school. 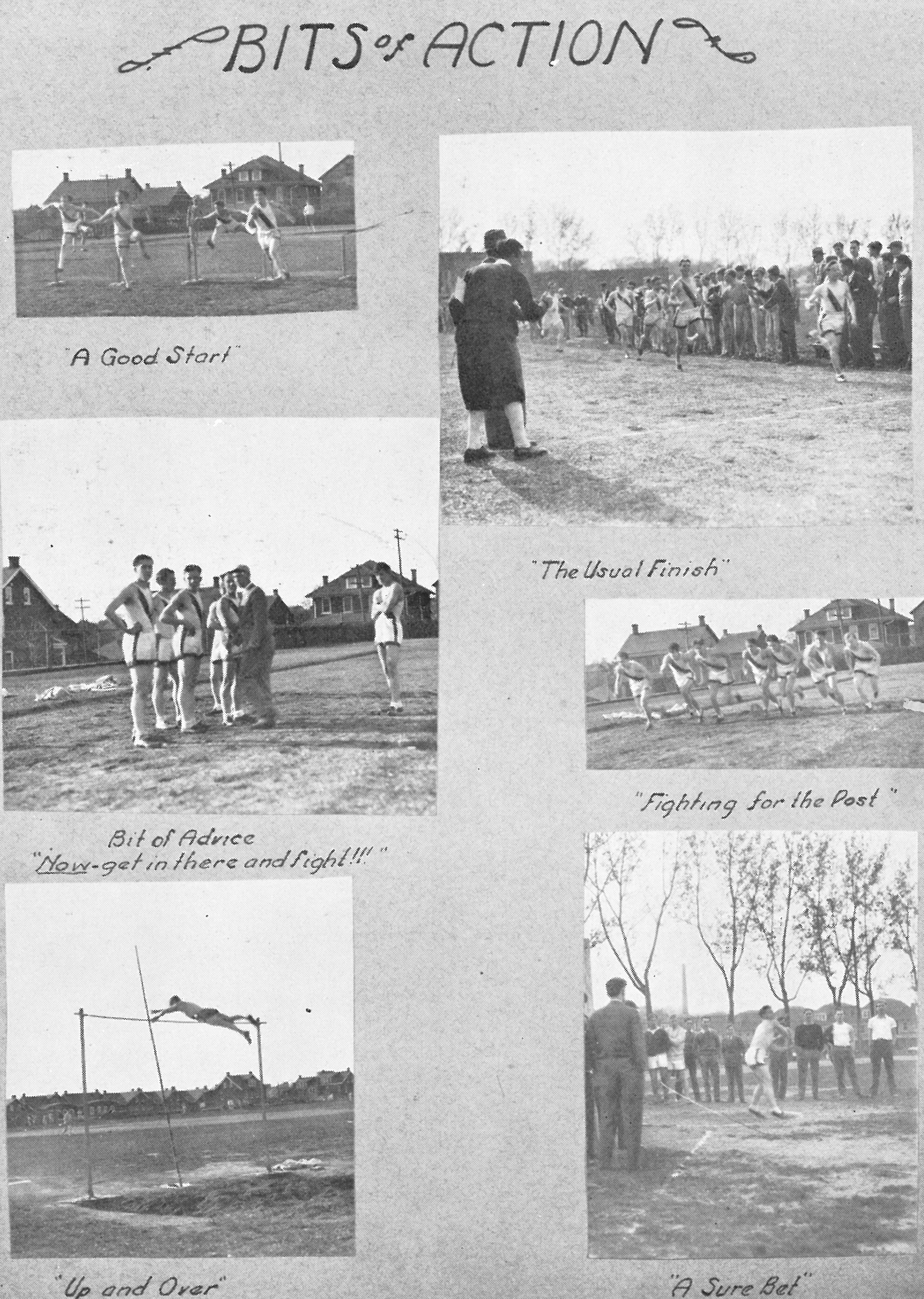 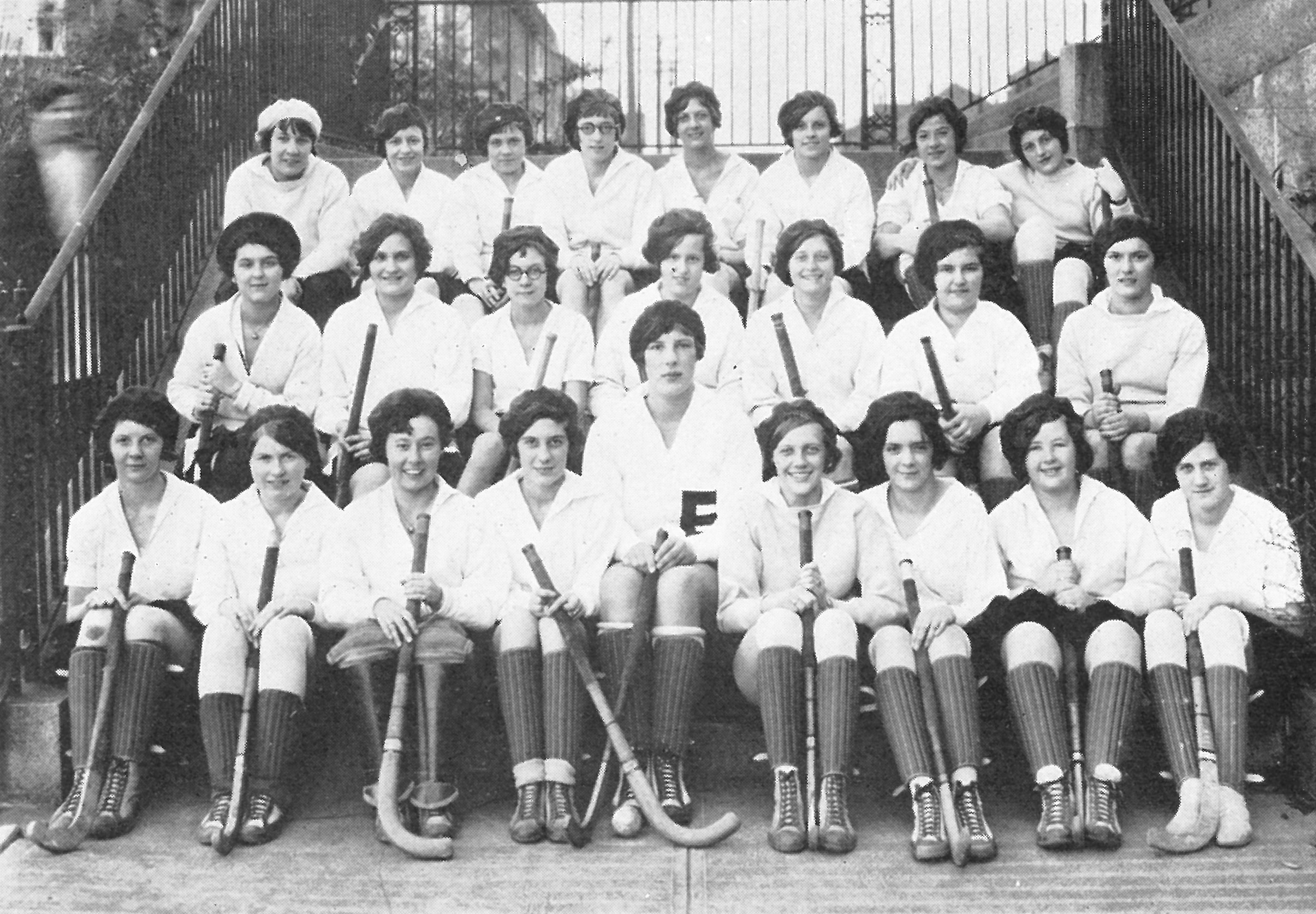 Bethlehem High School can boast of the first girls' hockey team in this city! We are mighty proud of it too. The girls were very eager to learn the game and spent many after school hours on "The Theory of Hockey". 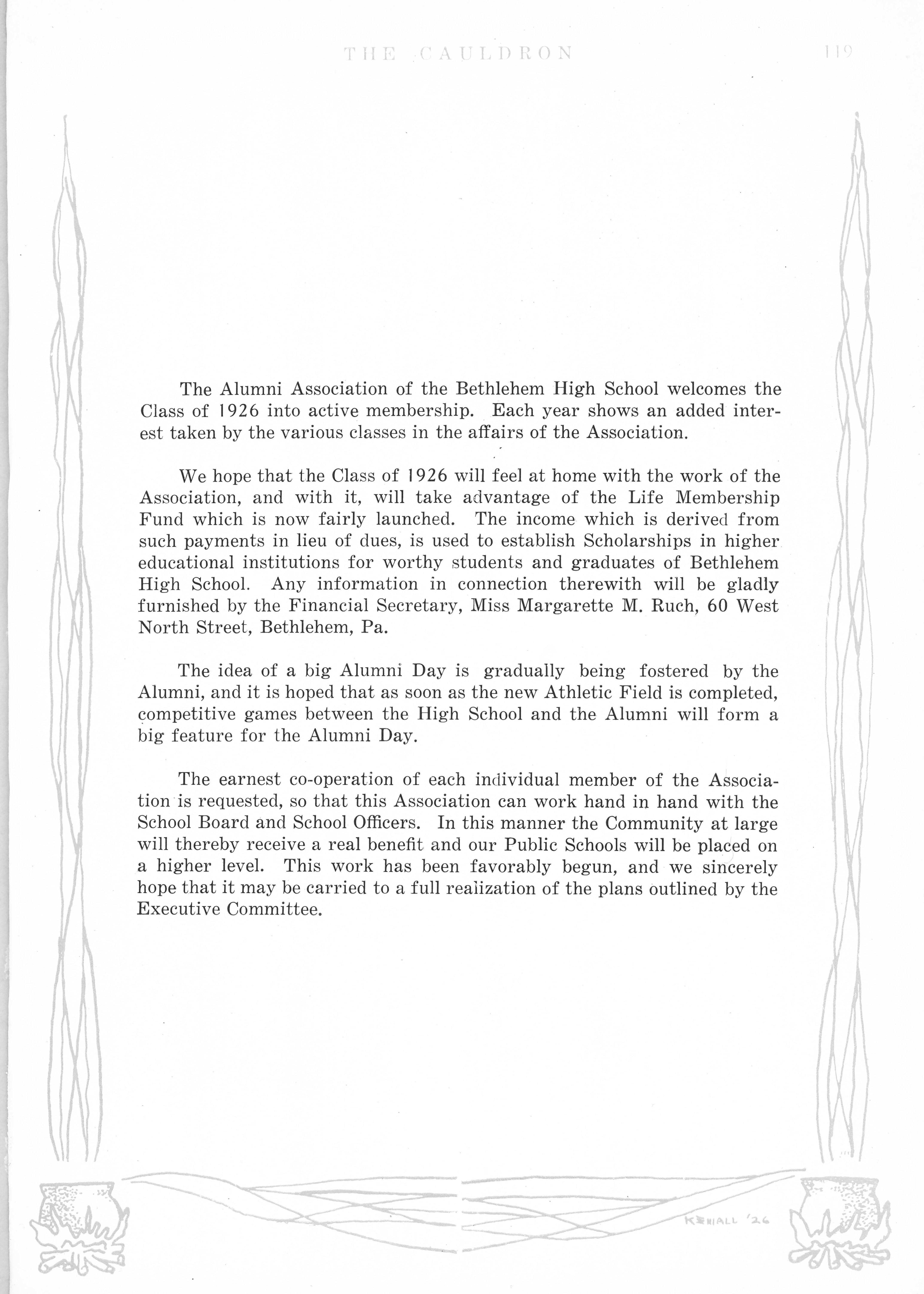 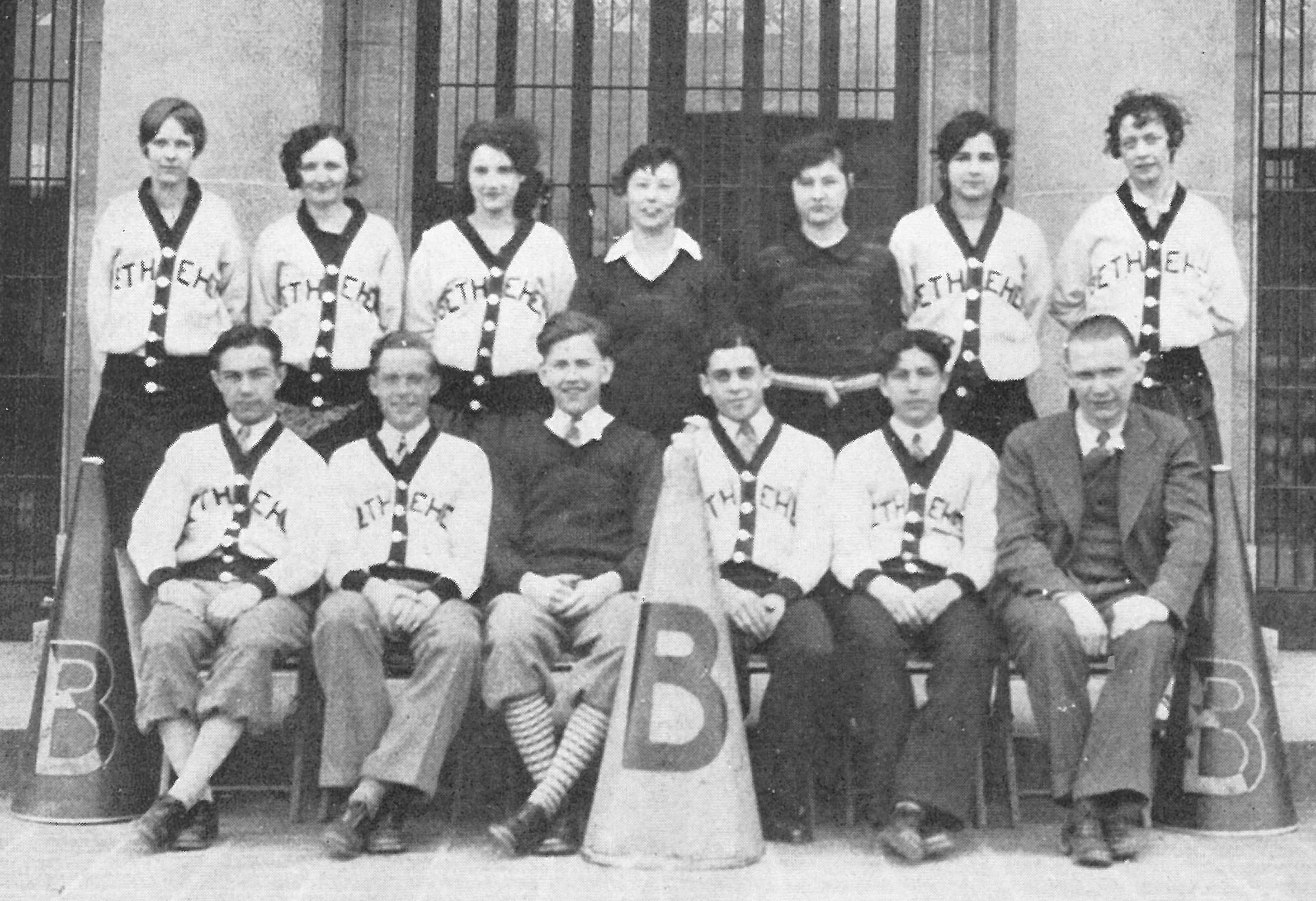 "Rah, Rah, Rah, Beth-le-hem!" Meet the champion noise-makers of Liberty High. Don't get us wrong, they make noise at the right time, and they inspire the rest of the school to make noise and plenty of it! 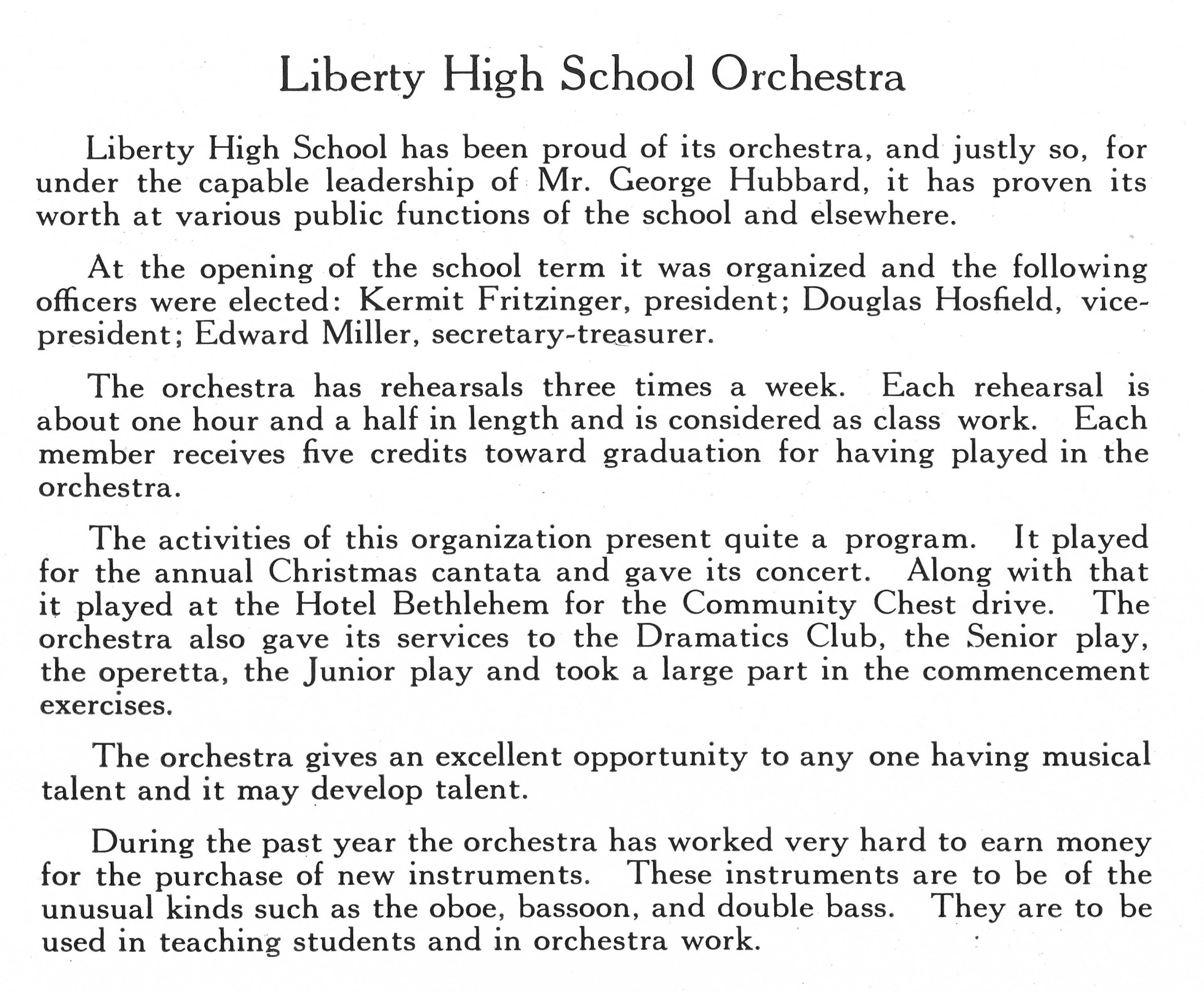 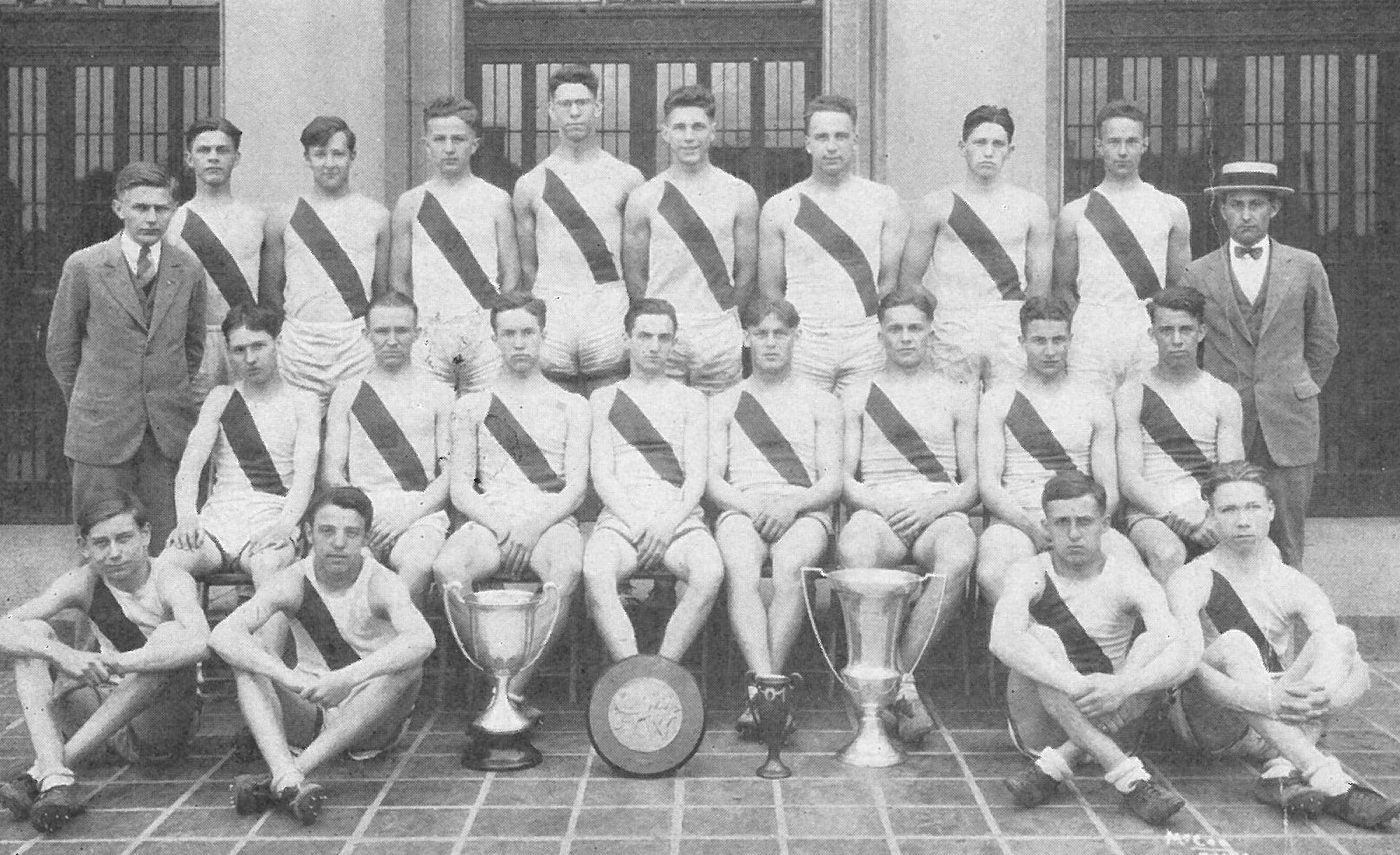 The Track Team had various record for their season of 1928. They participated in the PIAA District 1 Preliminaries at Muhlenberg and the PIAA Finals at Bucknell. Bethlehem High once more gained fame in the sporting world, by having on its team one, who for two consecutive years held the championship in two events, "Snooky" Hudak! 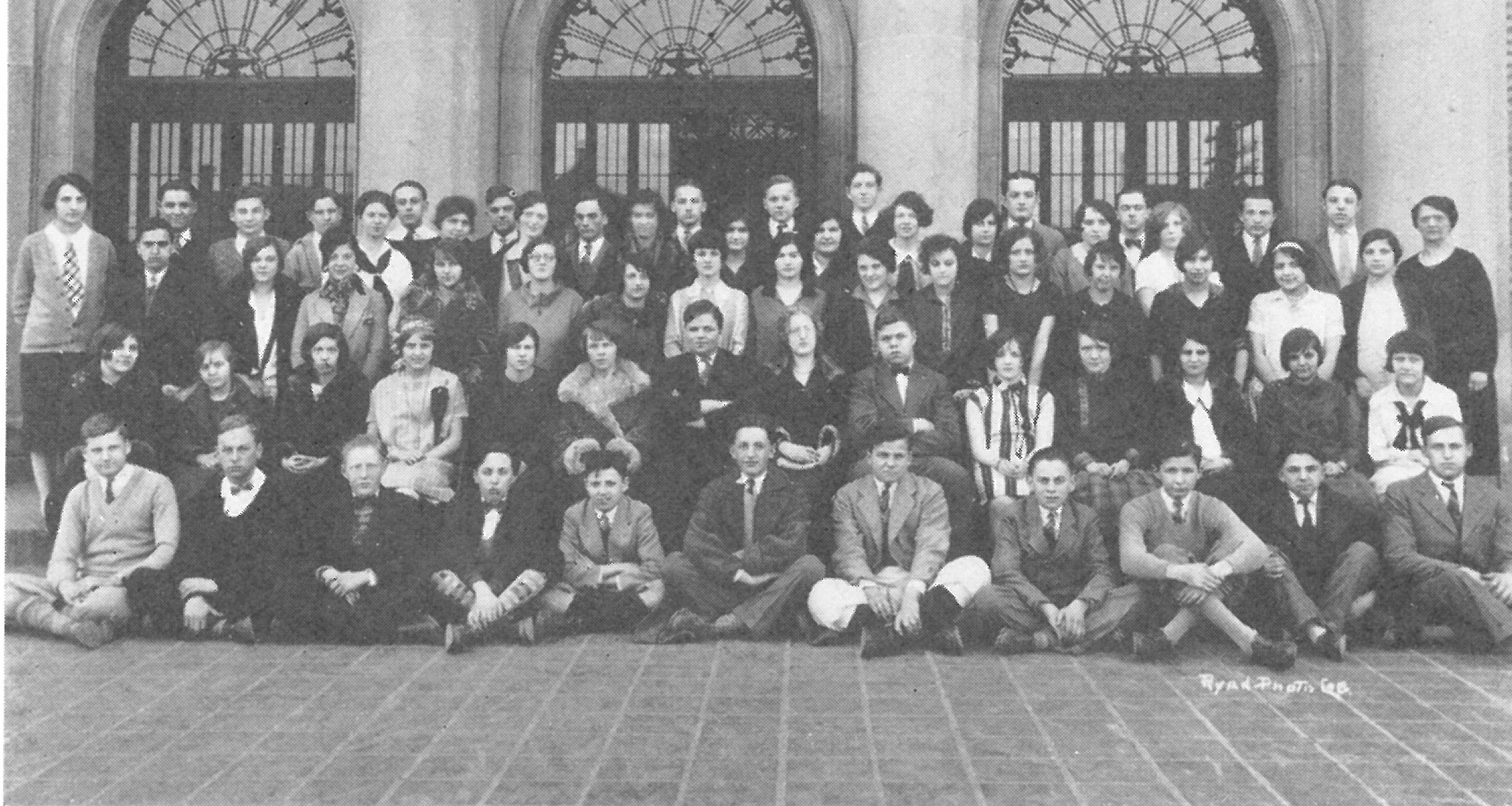 Although the German Society was only organized in January of 1927, a half-year existence was crowned with success! Each member, a total of 78 people, were obliged to pay a small sum to meet expenses of the organization. The German Society received a daily German newspaper, "Die New-Yorker Statts Zeitung," in the library too! 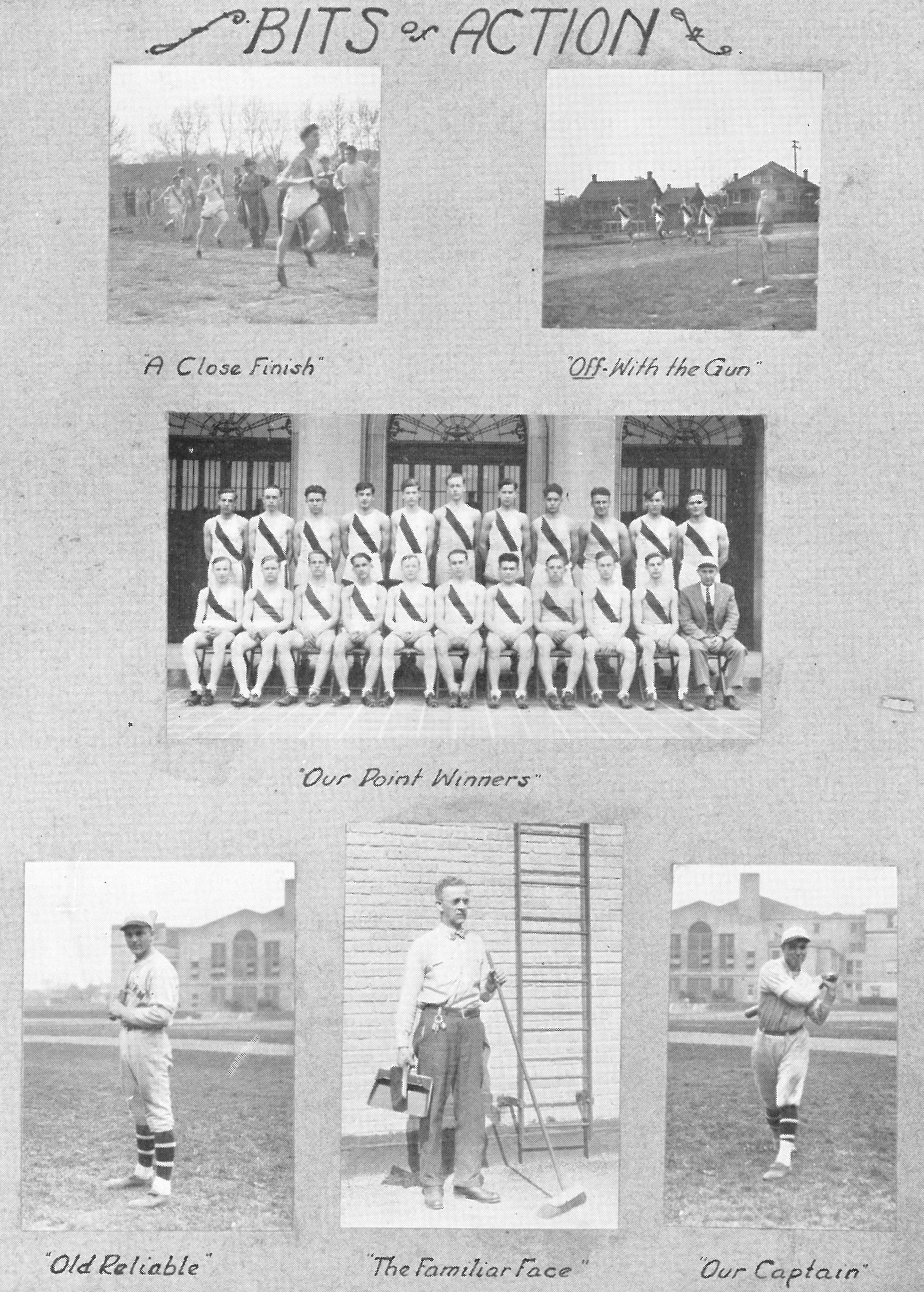 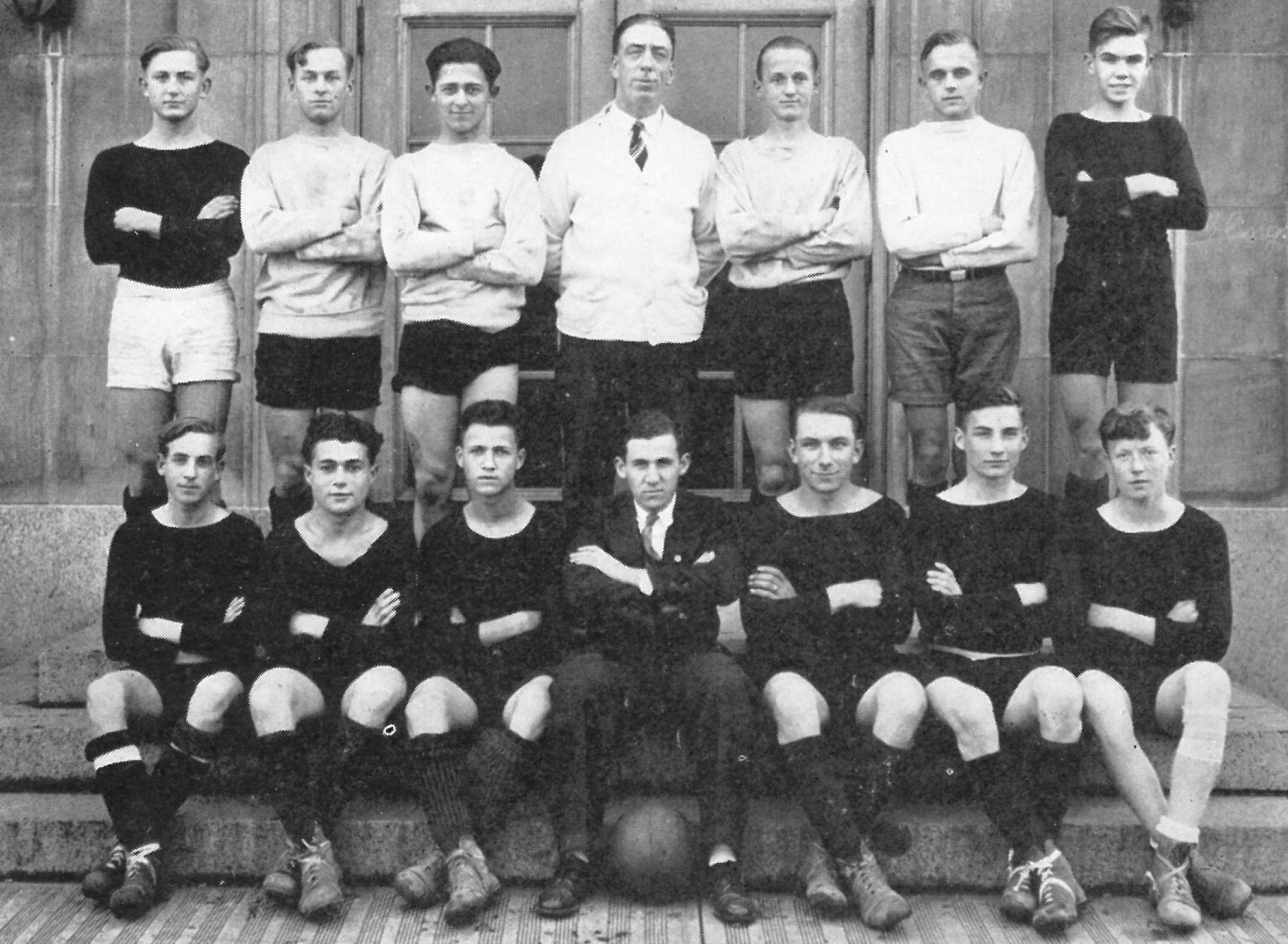 The soccer team came through with another successful season. For lack of school opposition, they had to go out of their class and take on college and prep teams! All of their opposition had many more years of experience, weight, and age, but outclassing these teams in all angles of soccer, they came through victorious. 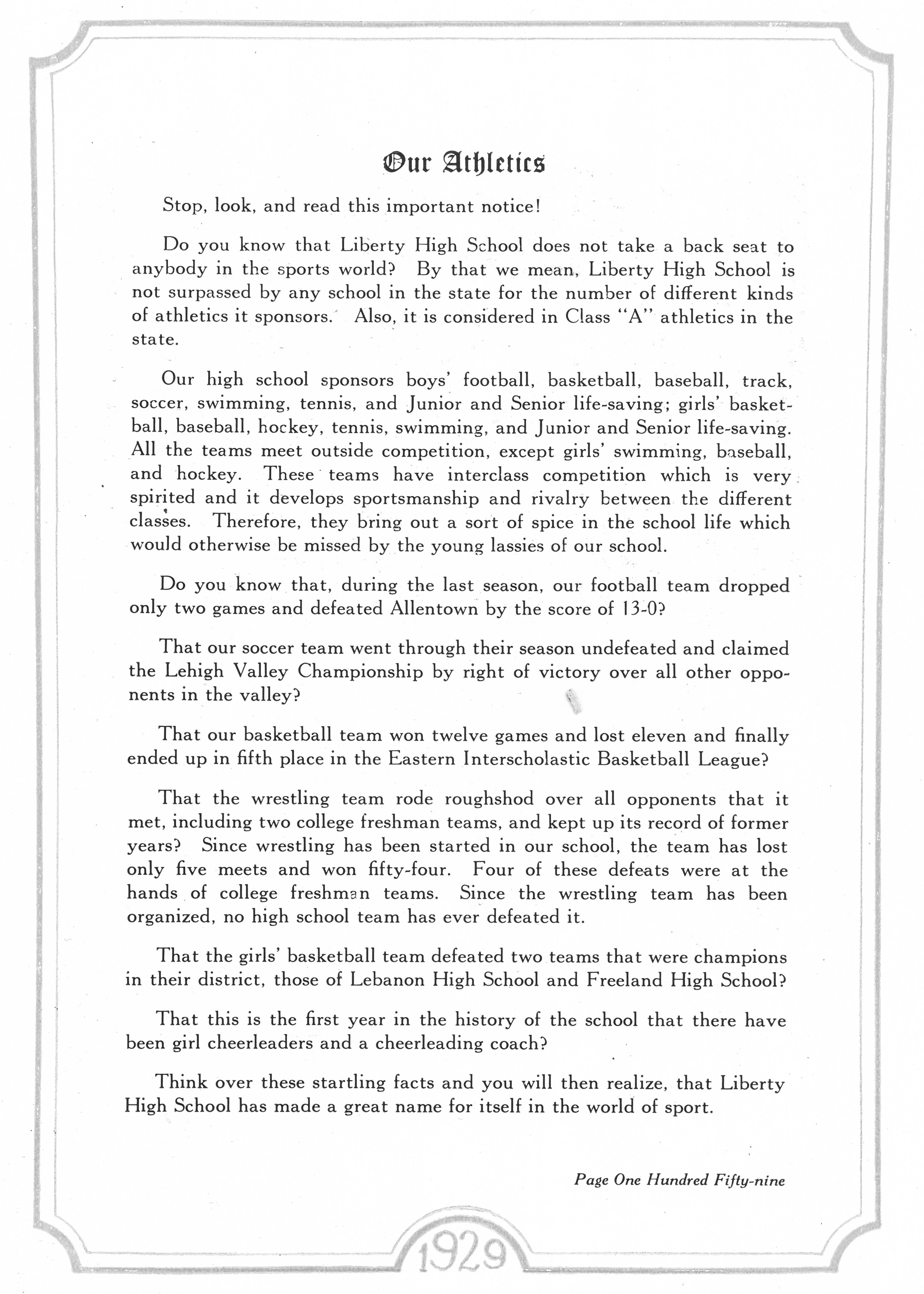 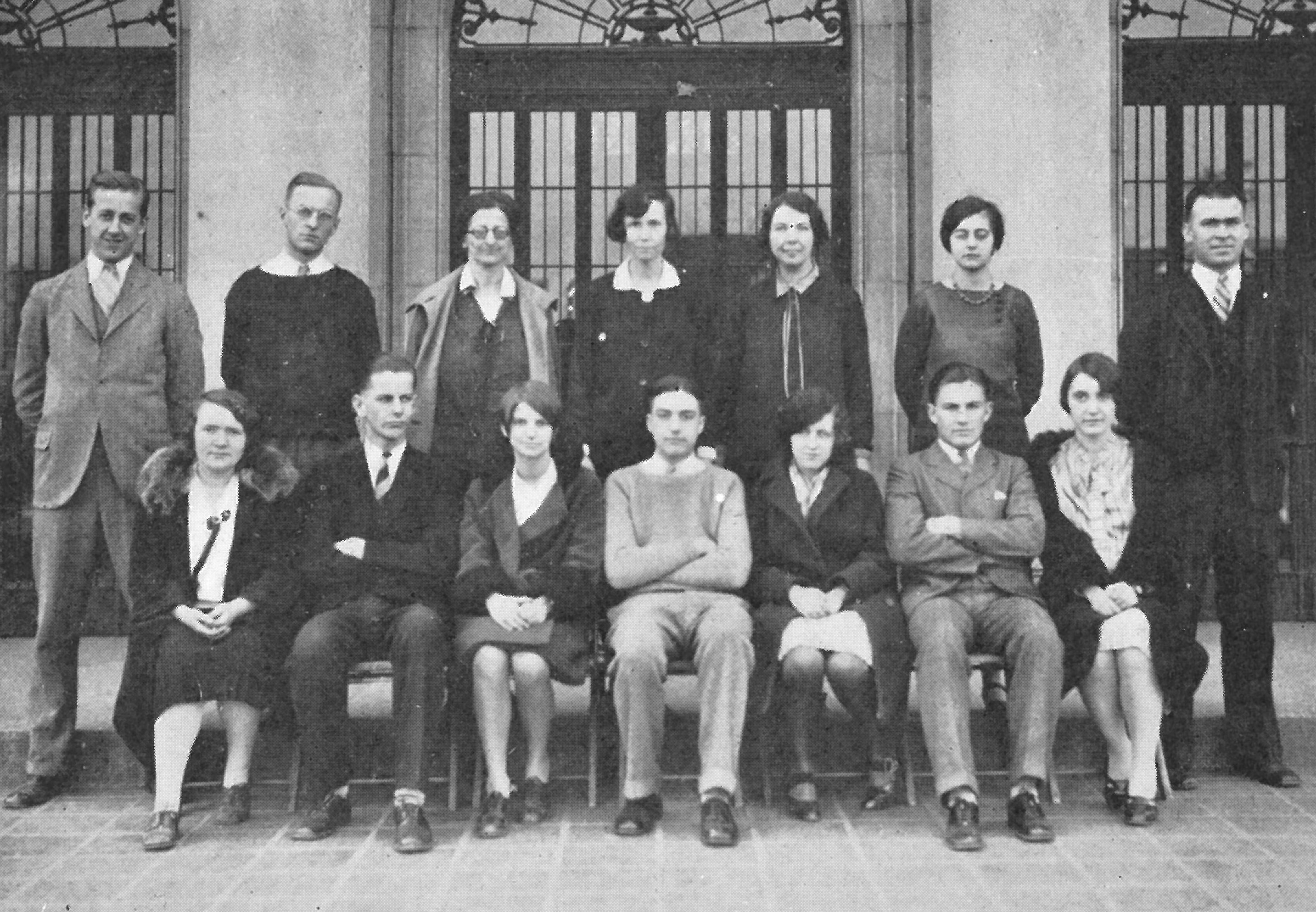 The Cauldron Staff was elected by a different method this year. All those who wished to be on the staff were told to come for try-outs. The faculty advisers then selected the two whom they thought best qualified for each position. The list was then given to the Senior Class, who voted for one of the two for each position. 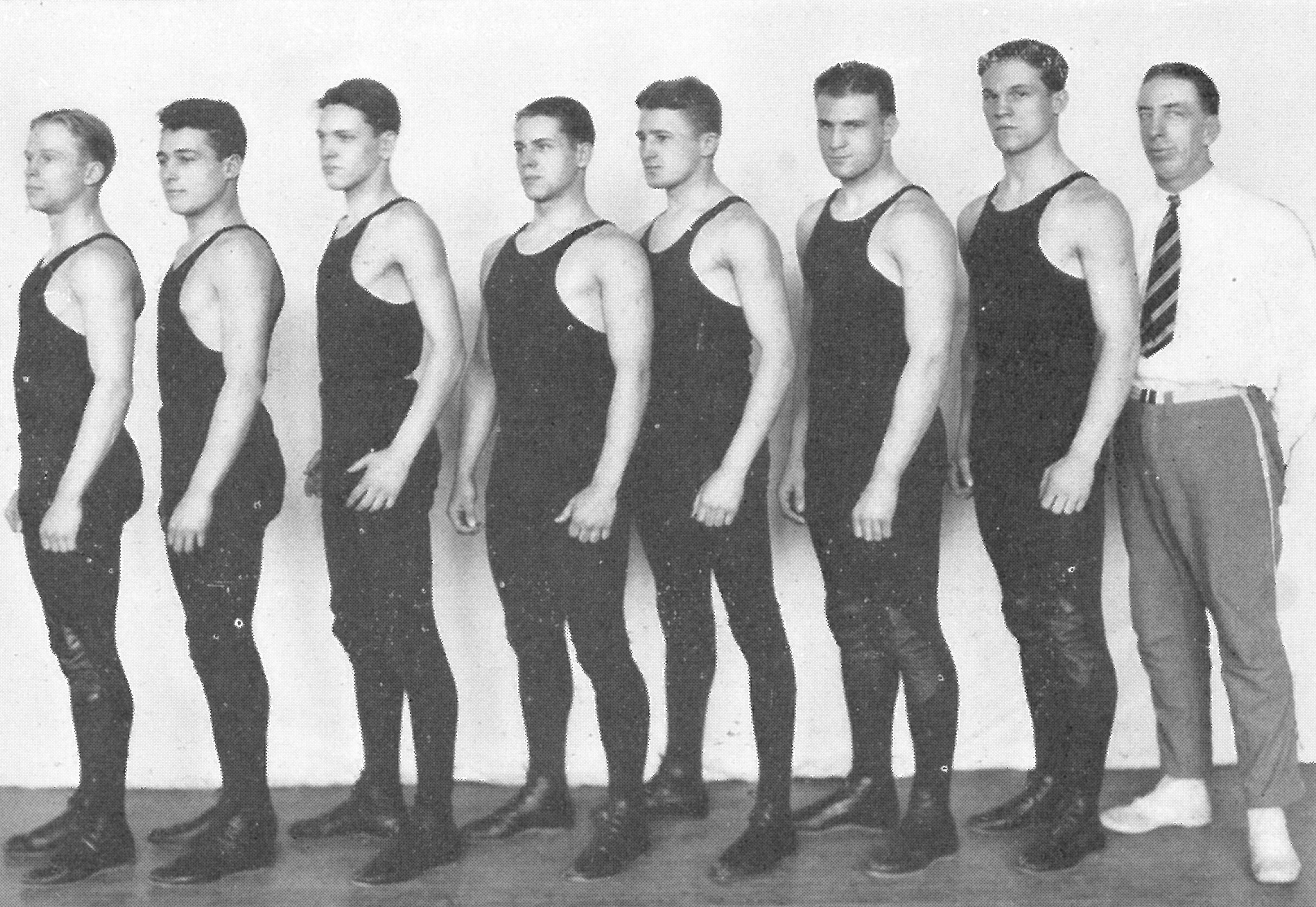 The wrestling season of 1929 was the most successful in the history of the sport in Liberty High School. In March, the team participated in the state interscholastic wrestling championship meet in Lancaster. Two were crowned champions and one grappler was a runner-up. Every boy on the team contributed faithfully to the success of the season! 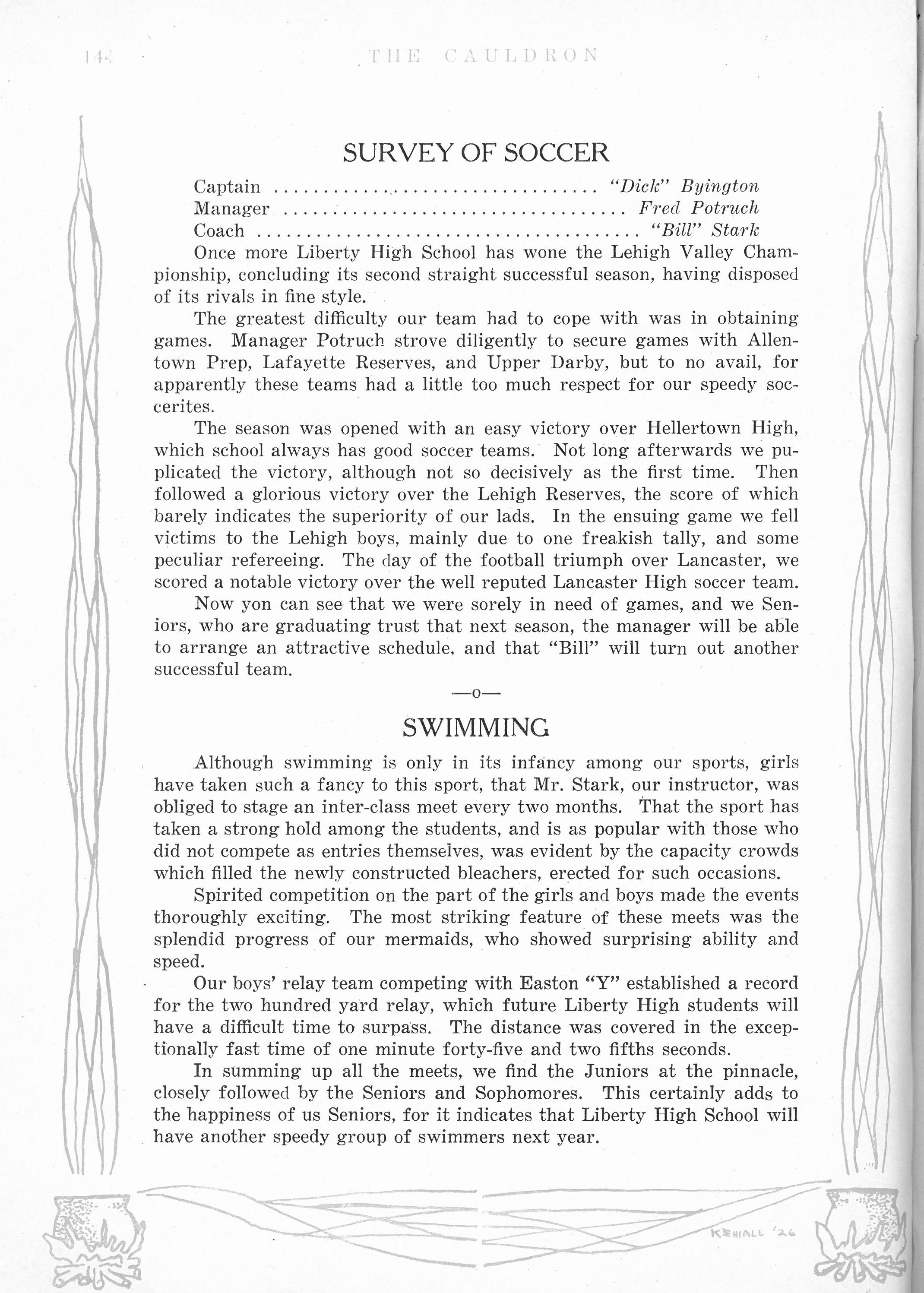