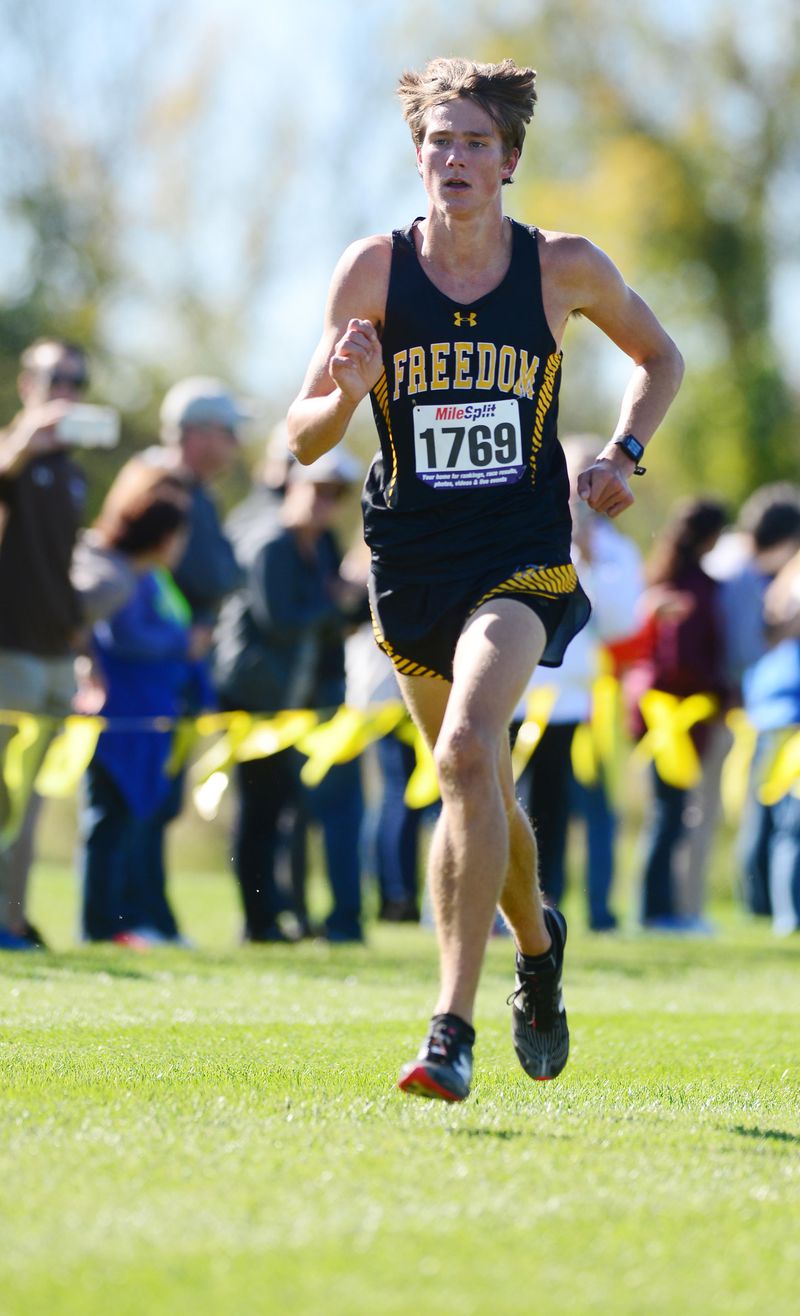 Freedom senior Alex Heidemann, like a lot of runners who end up as cross country standouts, started off his athletic career focused on another sport.

“I wanted to stay in shape for soccer, so in eighth grade, I decided to join the cross country team,” he said. “Throughout the season I went undefeated and won every race by at least 15 seconds. My freshman year I started playing high school soccer and I was captain of the JV team.

“But, after running a 4:30 [in the 1,600 meters] during track season that year, it was set in stone that I was running cross country in the fall of my sophomore year.”

That decision was certainly a smart one.

Heidemann progressed in cross country as a sophomore and junior, then enjoyed a championship season as a senior. The Eastern Pennsylvania Conference and District 11 Class 3A champion is The Morning Call runner of the year.

He saved his finest race for his final one at the PIAA championships. Heidemann placed 10th overall in the Class 3A field in 16-minutes, 25-seconds – the fastest finish of the day by an area runner.

“My favorite race, by far, was at the state championships,” said the EPC MVP in cross country. “Everything about states was awesome. The atmosphere and feeling standing at the starting line was unlike any other. During the first 400 meters, I was actually smiling looking around and seeing the stampede alongside me. I knew it was going to be a good race.”

He was almost as excited after he rallied from a late-race deficit at the District 11 championships to ease past Southern Lehigh’s Dominik Lisicky at DeSales University. Heidemann, who was third in the district as a junior, clocked 16:28; Lisicky crossed in 16:35.

A week earlier, Heidemann secured the EPC title at DeSales in 16:51.

“All season I was waiting for my shot at a district cross country title,” said Heidemann, who won conference and district titles in track and field last season. “So, when the opportunity came, I wanted nothing more than to win. My excitement came not from winning alone but the fact I never gave up and persevered through the pain. I was in disbelief at how crazy of a race I just won.”

Heidemann expects to continue his running career at Lehigh University. Heidemann maintains a 4.56 GPA at Freedom and is ranked 33rd out of 456 students in the senior class. He was the Patriots’ scholar-athlete representative in cross country.

Freedom coach Bob Thear said Heidemann, who stands 6-4, could excel in any sport.

“He is a good overall athlete,” Thear said, “who works very hard. When you have that combination of talent and hard work, you have something special. And mentally, he’s really tough. He goes into each race with a plan and strategy. He takes criticism well and learns from past races. He is very competitive, not to the point that he’s obsessed with it in all aspects of life, but once the gun goes off he doesn’t like to lose.”