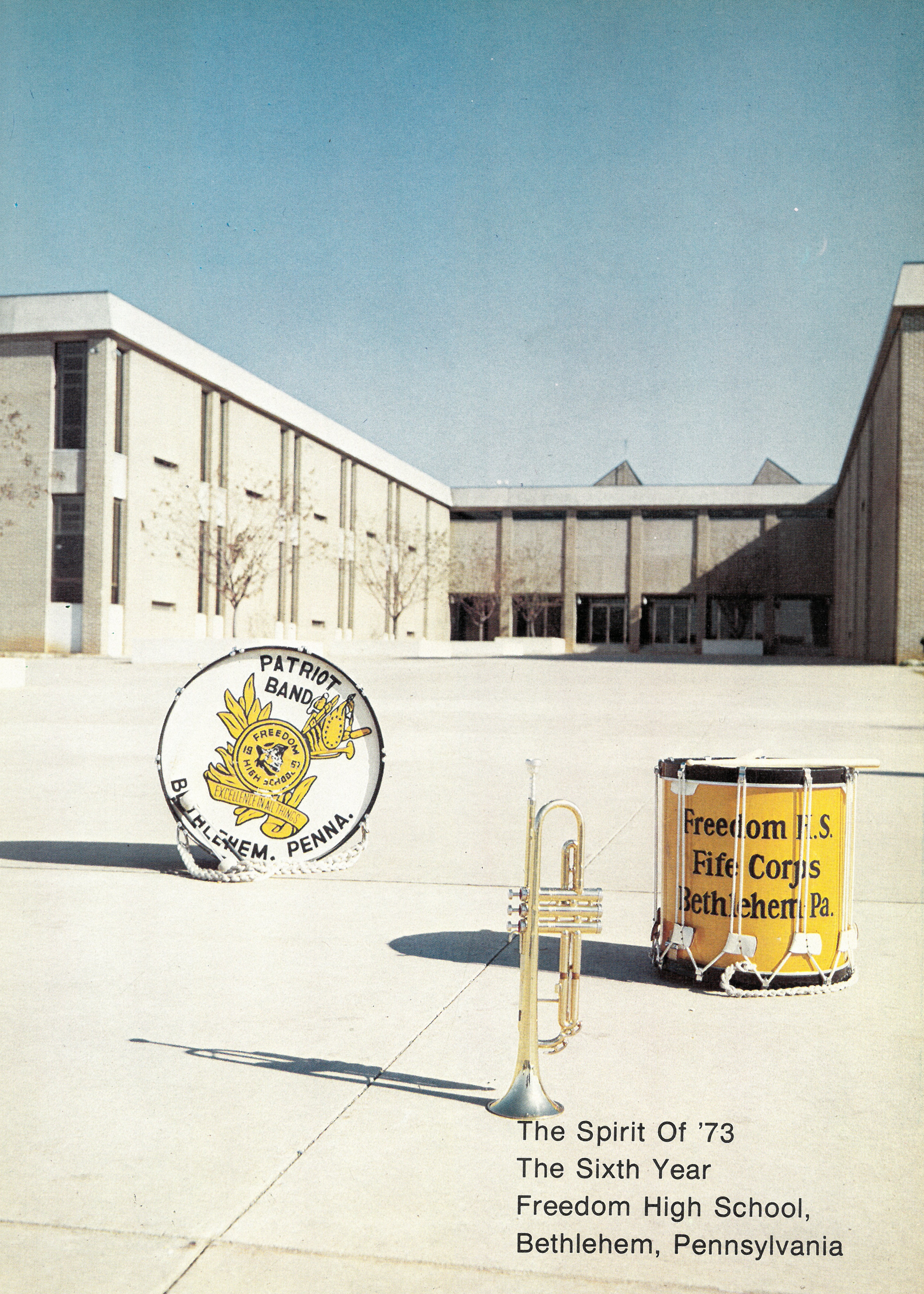 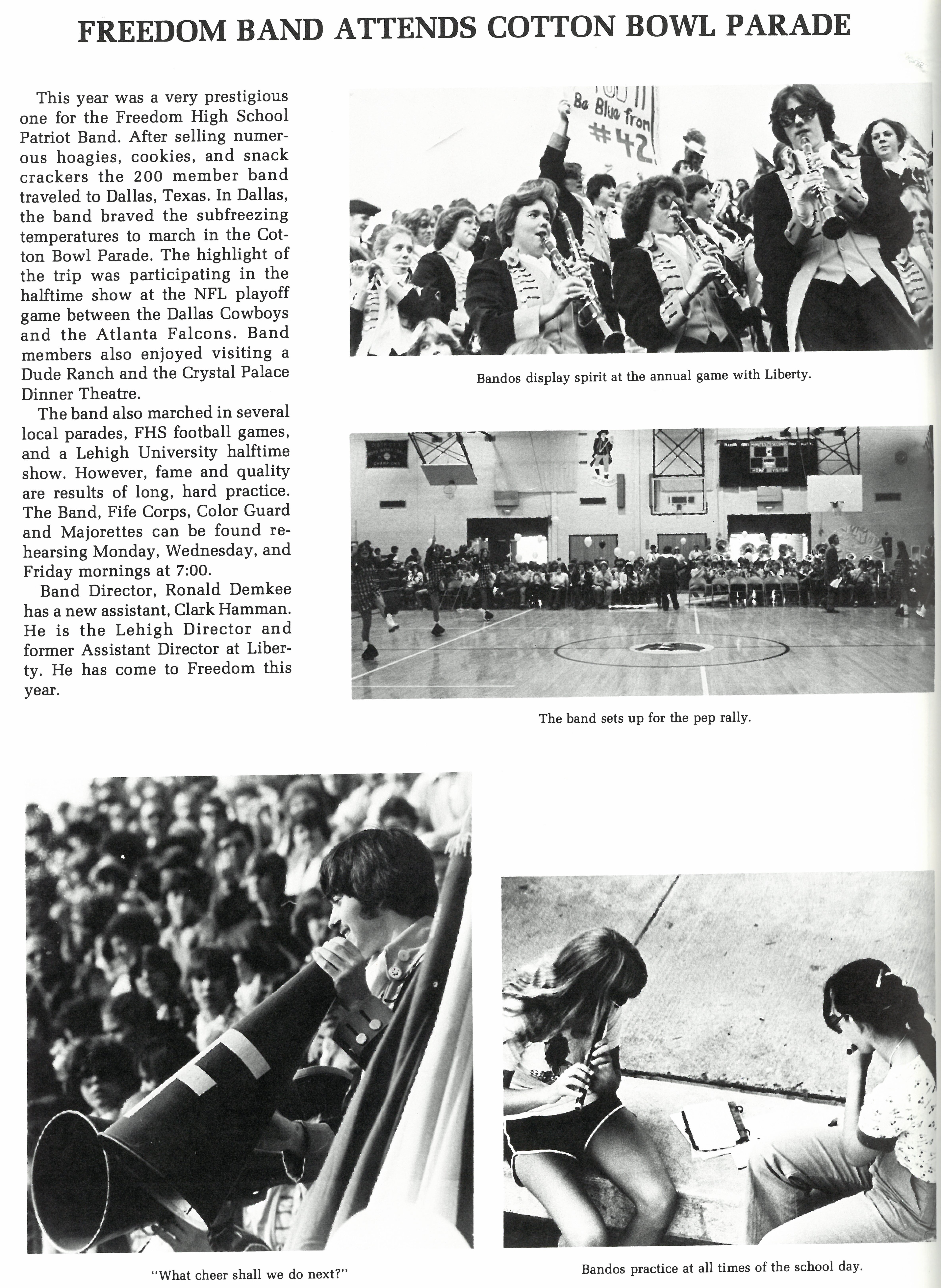 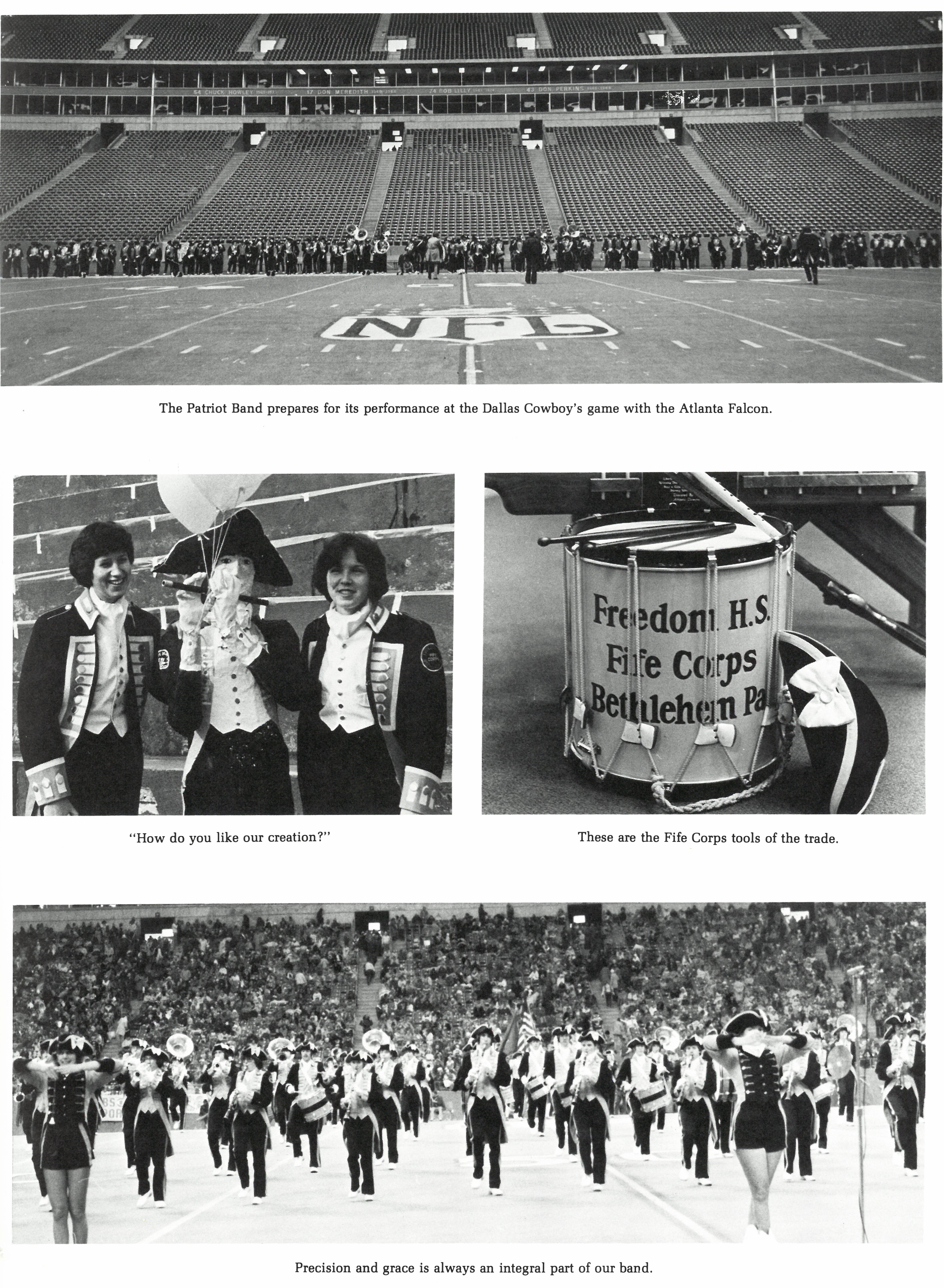 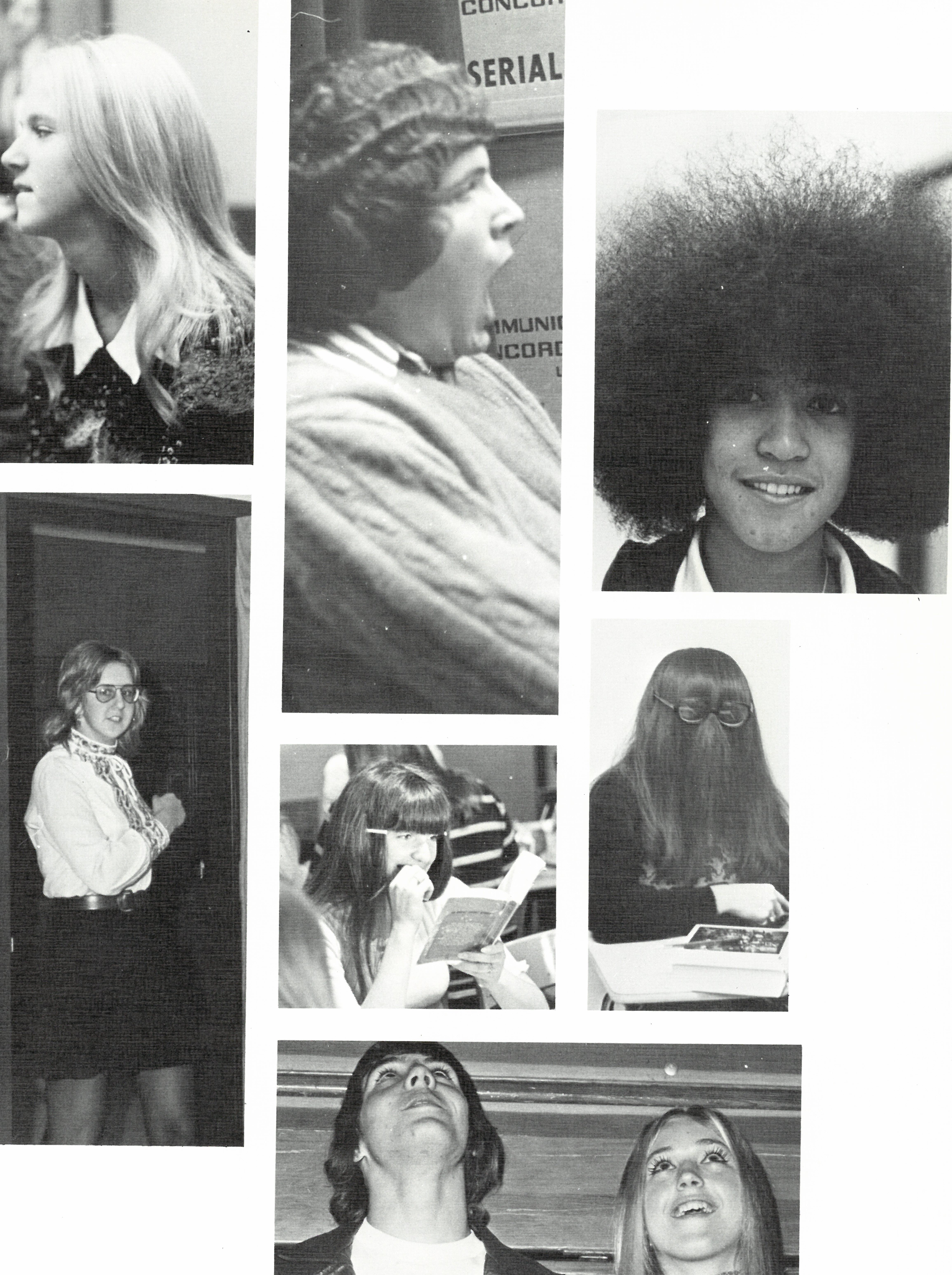 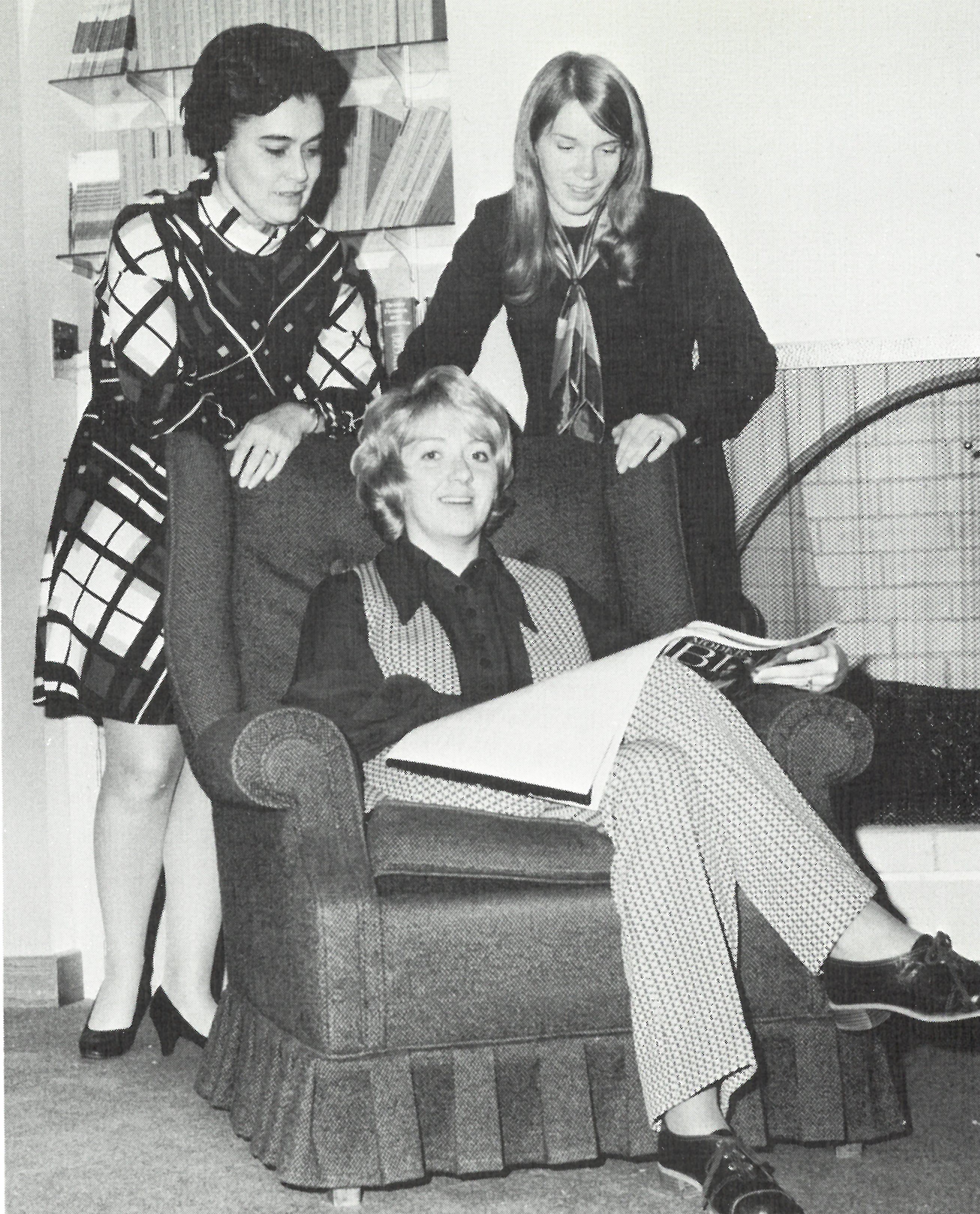 Home Economic Department added two classes to its schedule in 1972. It added a boys' chef class and opened Family Living and Child Development to boys. They had numerous guest speakers. 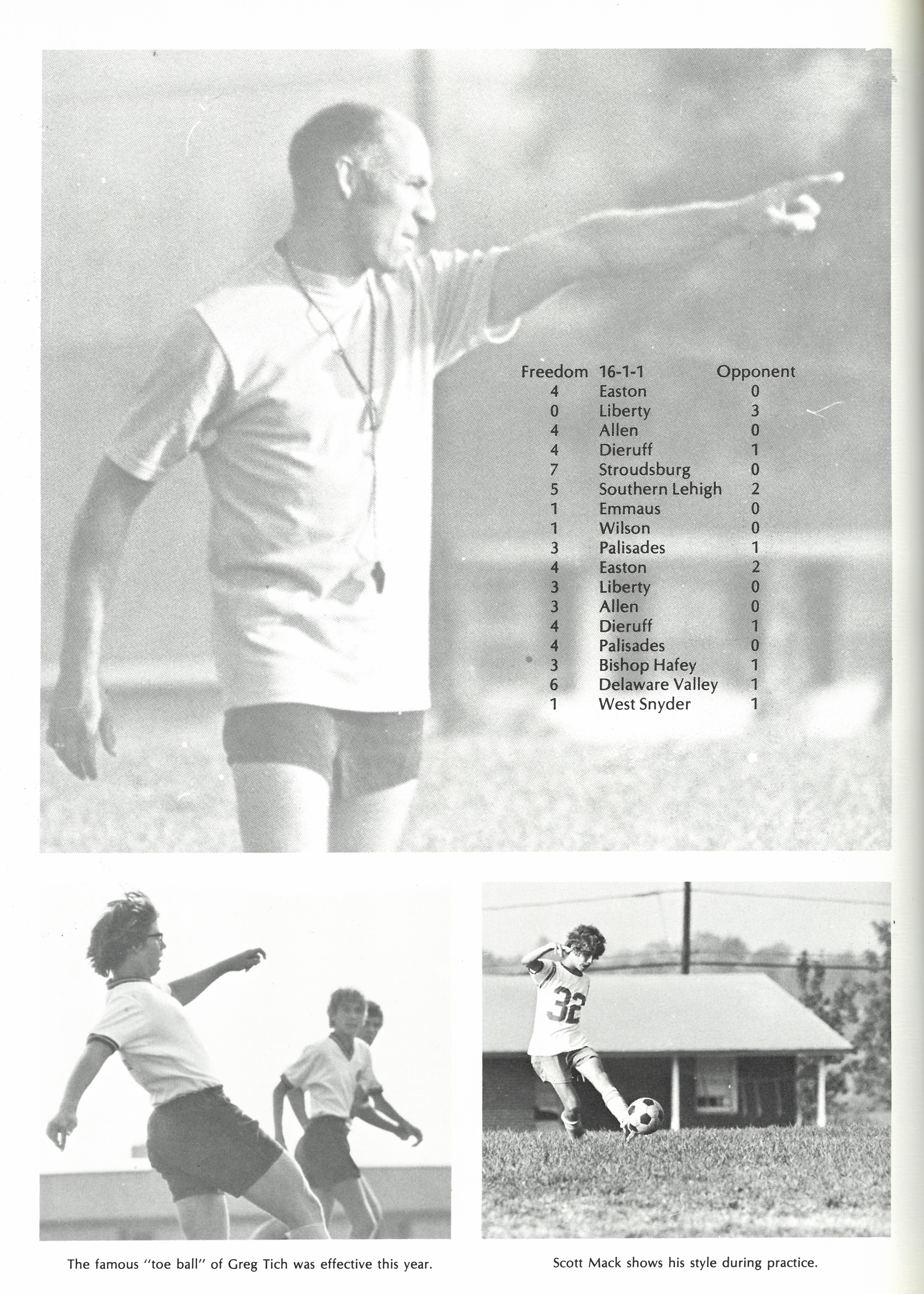 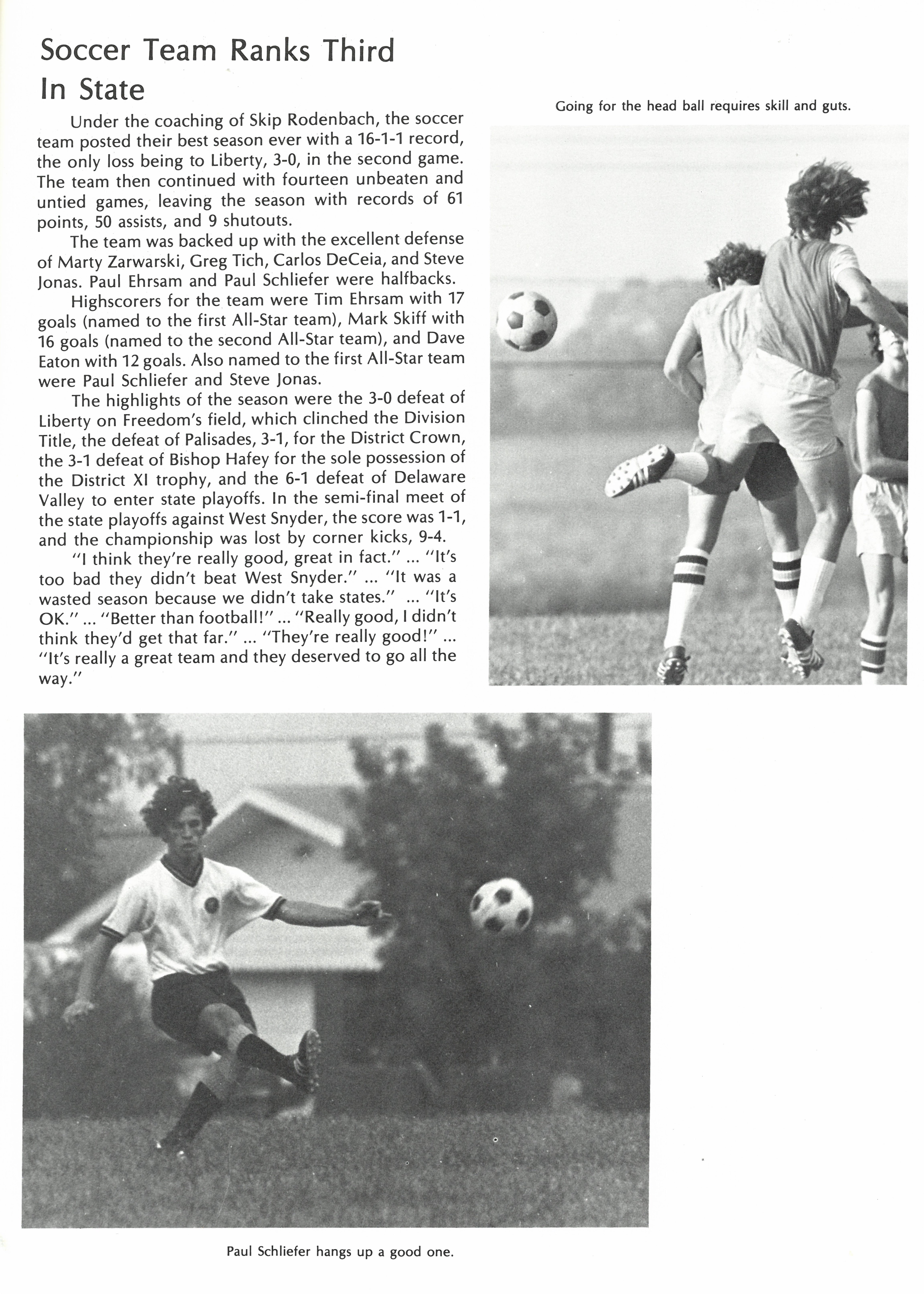 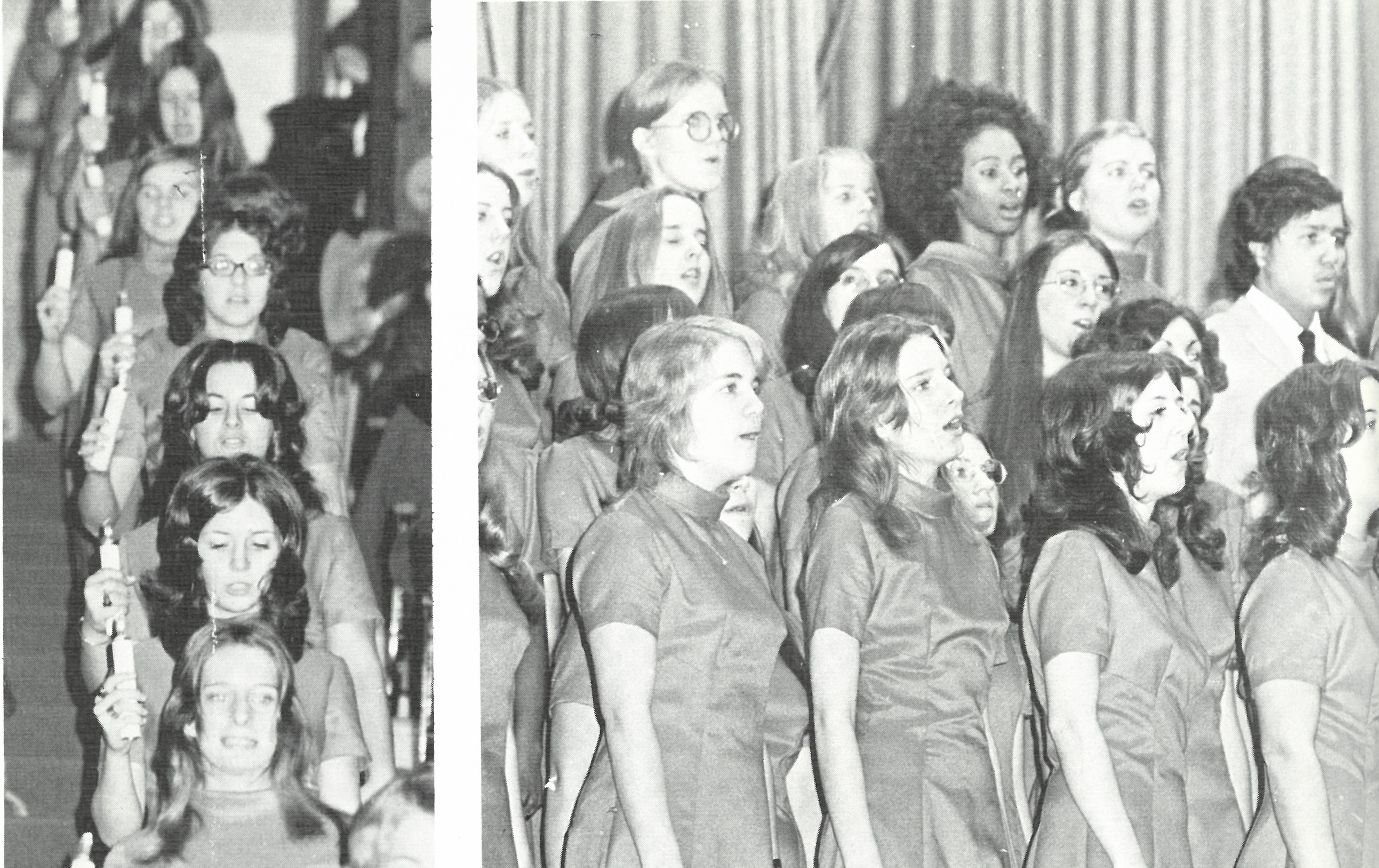 Freedom High School performed their annual Christmas Concert in 1973, not to be confused with Liberty's Christmas Vespers. The four singing groups that participated in the concert are Les Chanteurs, Girls' Ensemble, Glee Club, and Sophomore Choir. 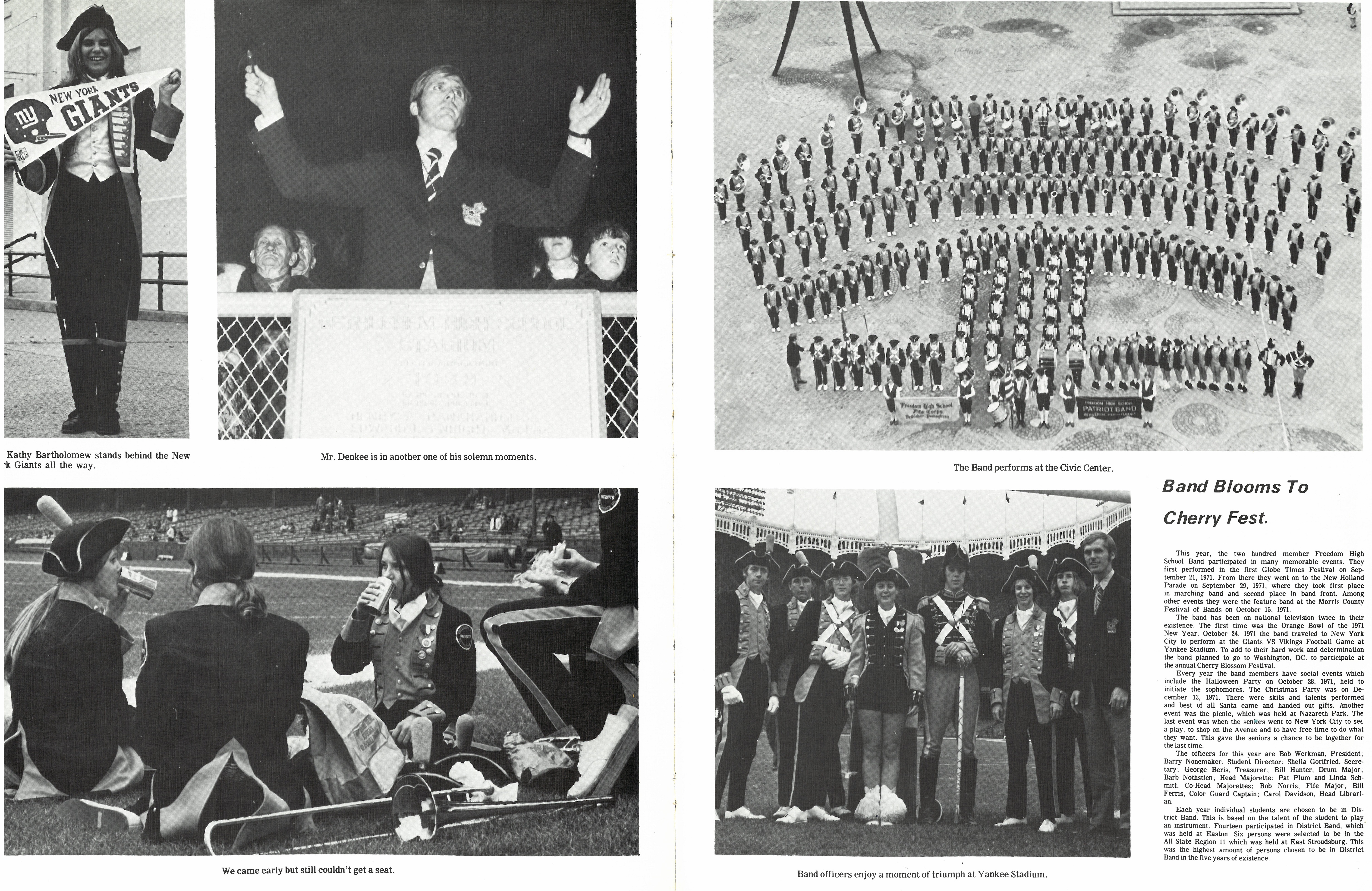 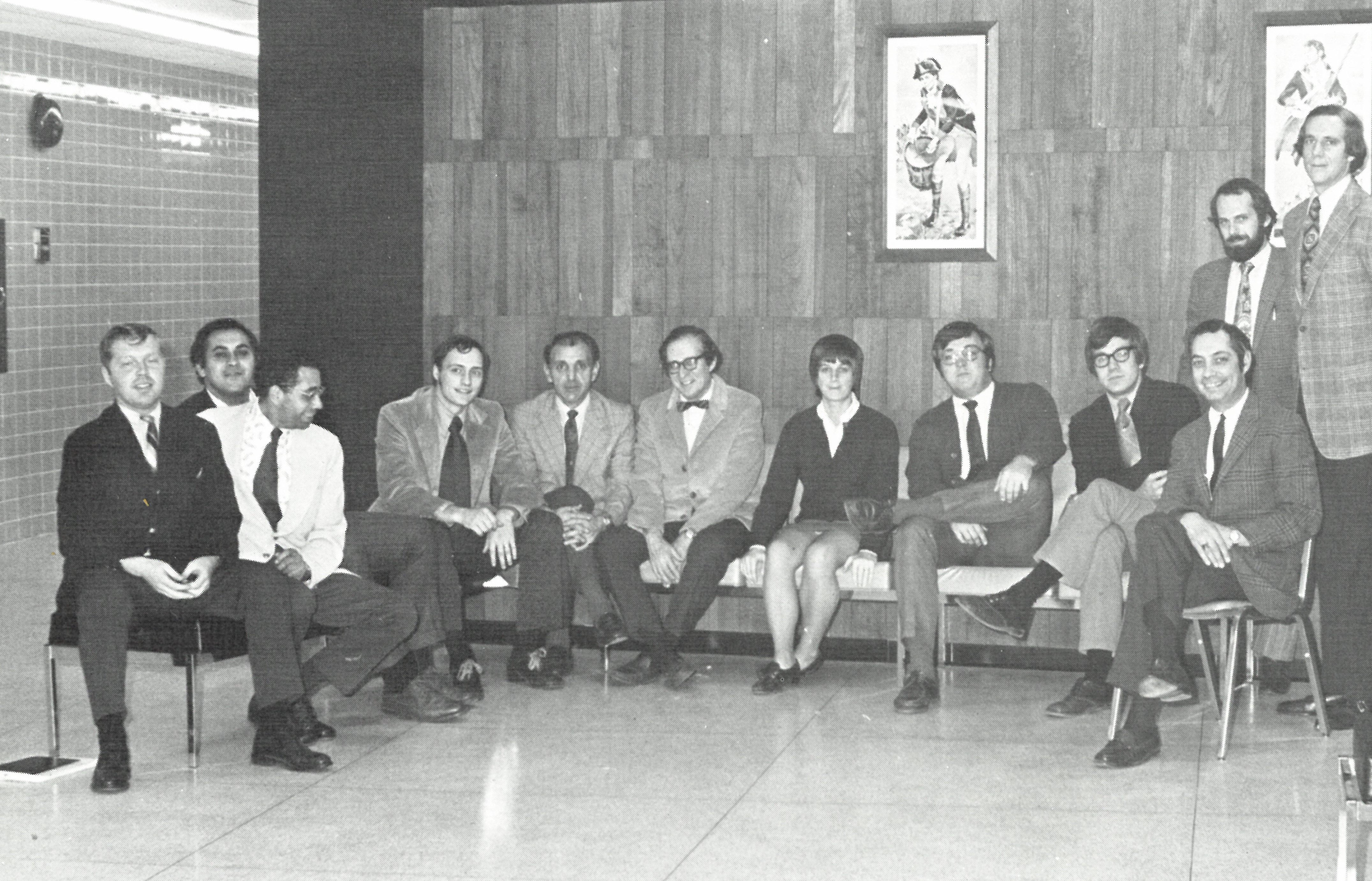 The Social Studies department in 1973 had expanded on the courses introduced in 1971. A wide variety of elective courses were enrolled, and lectures were given on abortions, prisons, and the stock market. Teachers held a mock presidential election for Nixon and McGovern at the high school for those who could not vote yet. The result had Nixon re-elected. 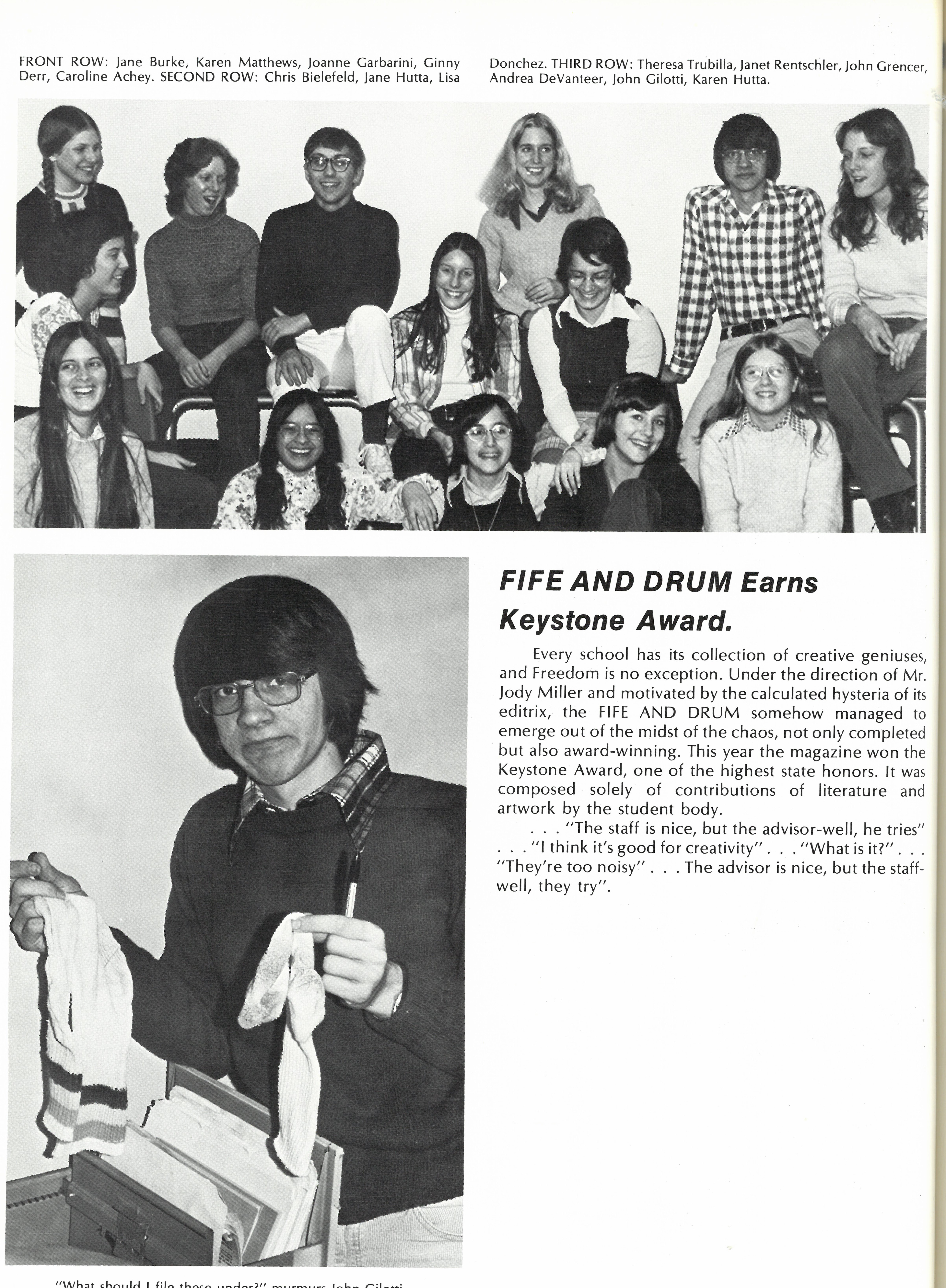 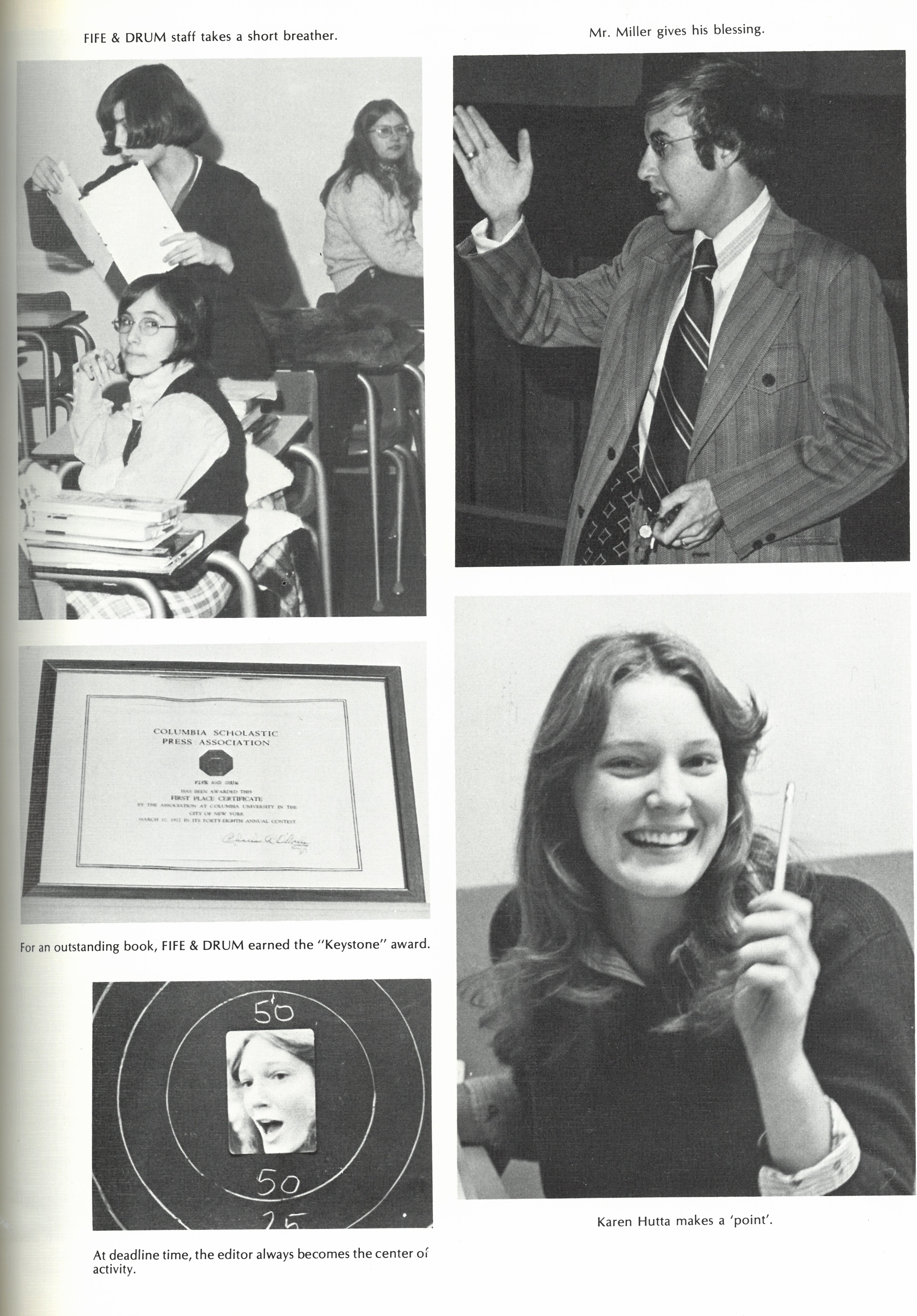 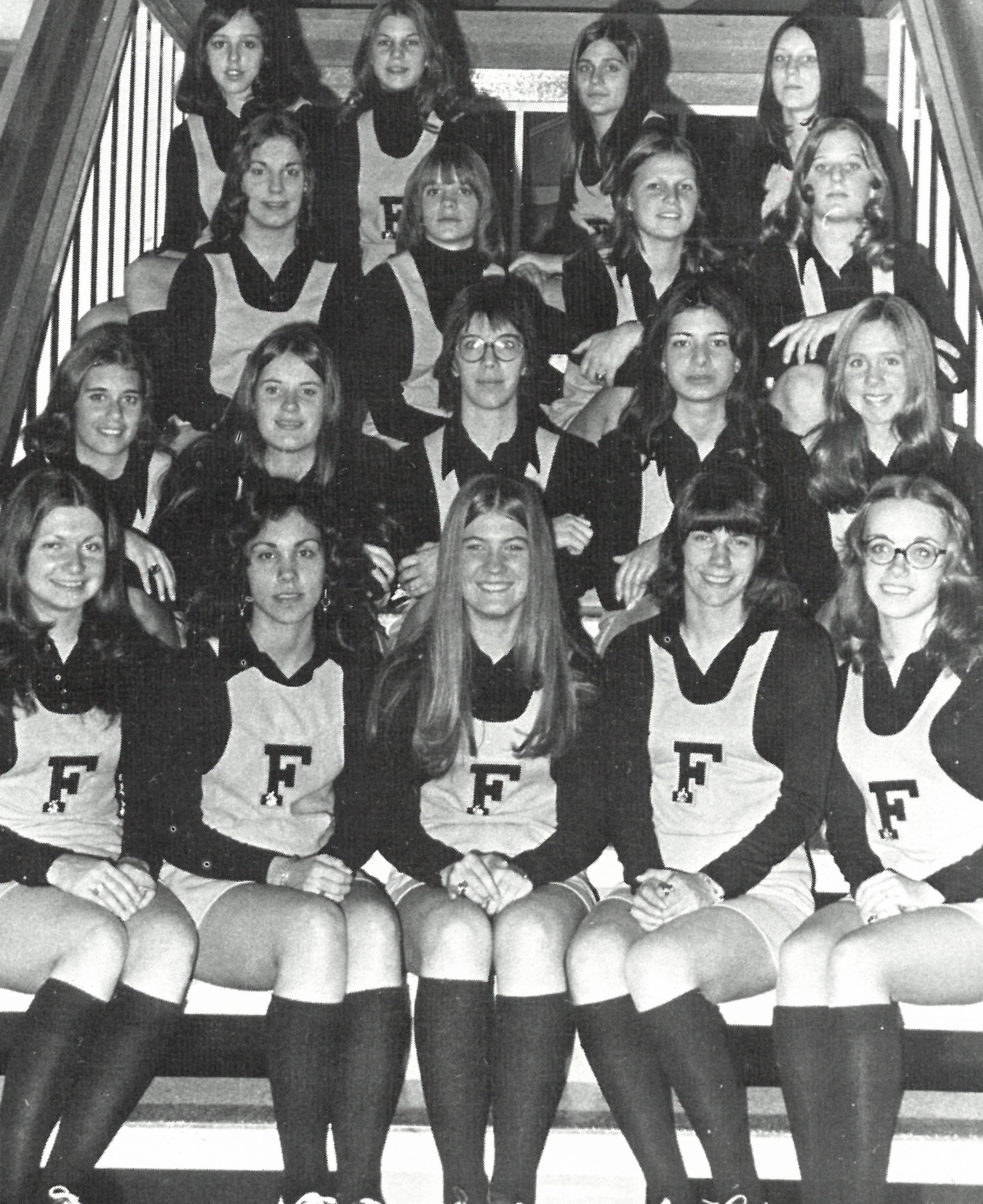 Wrestlerettes is a club whose main purpose is to support the FHS Wrestling Team in 1974. Its members show their support by decorating the wrestlers' lockers, cheering along with the cheerleaders and pep girls at meets, and by taking care of easy, but time-consuming jobs for coaches. They were keeping the books, working the scoreboards, peeling oranges, and posting the wrestling rosters. 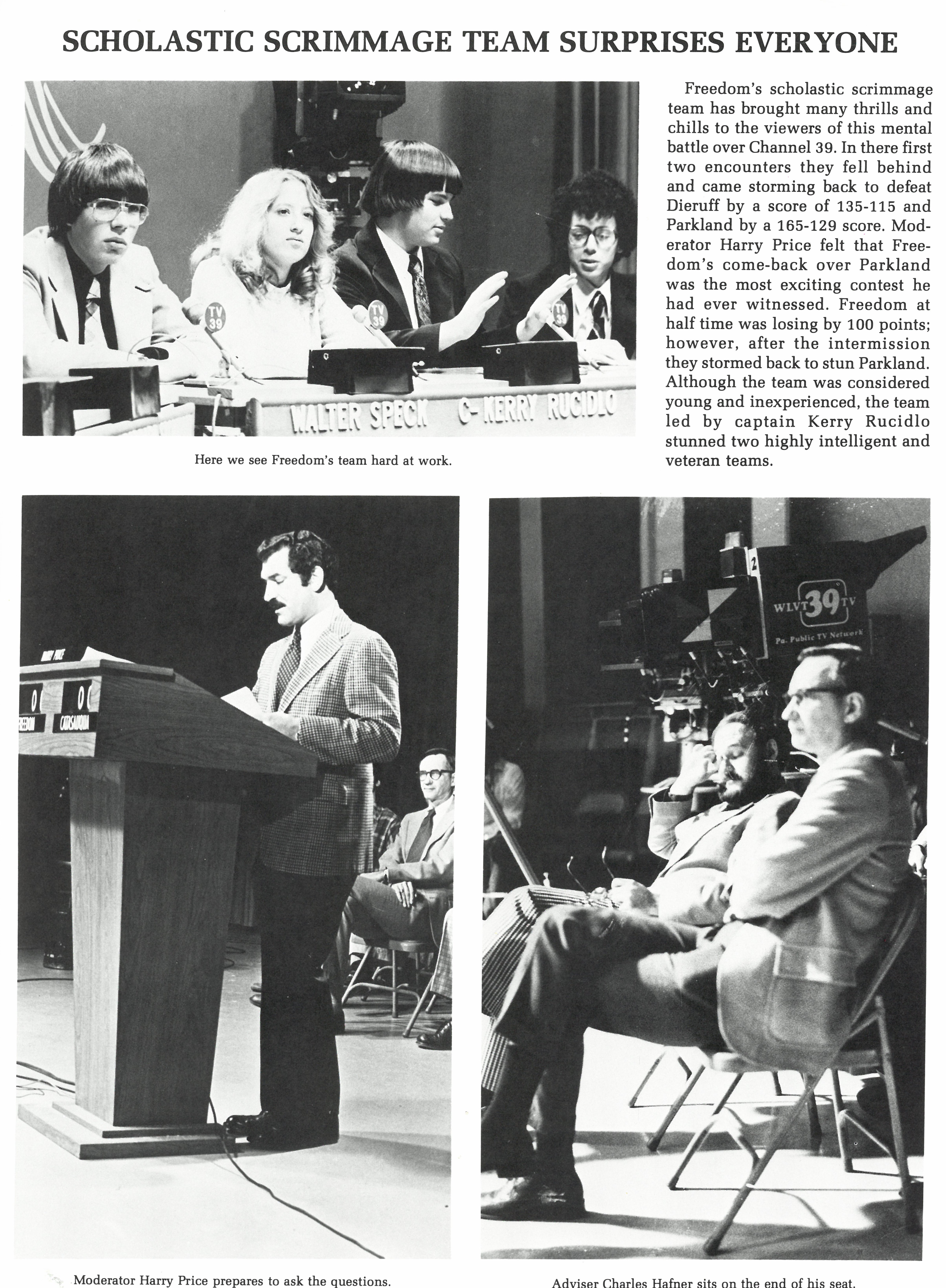 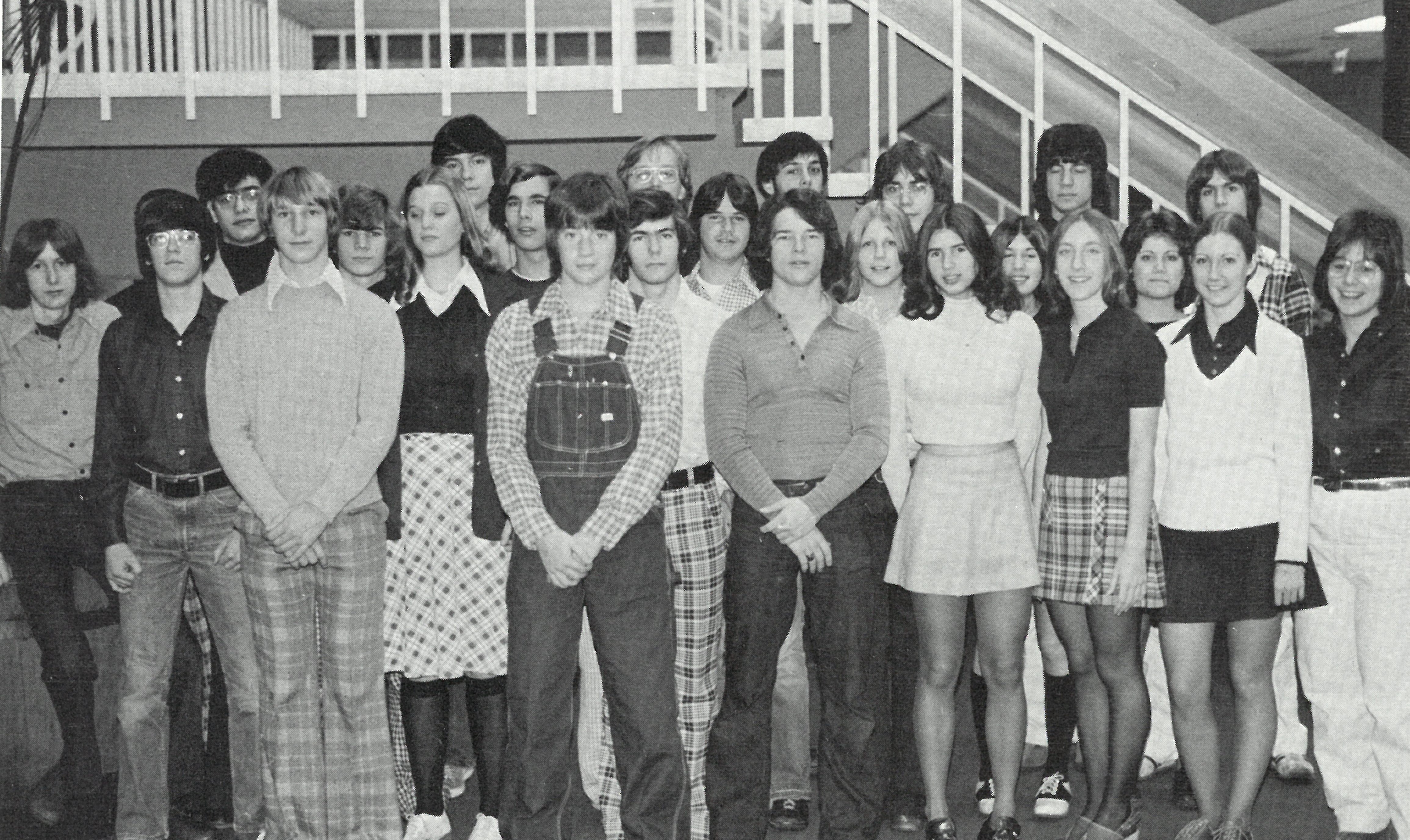 The Student Council in 1975 had to face up to an ultimatum from the School Board. In order to keep the 8th period option, Student Council had to propose plans on how to continue the early release program, without attendance problems. They also helped draft a discipline code for Freedom High School to be incorporated into a district-wide policy. 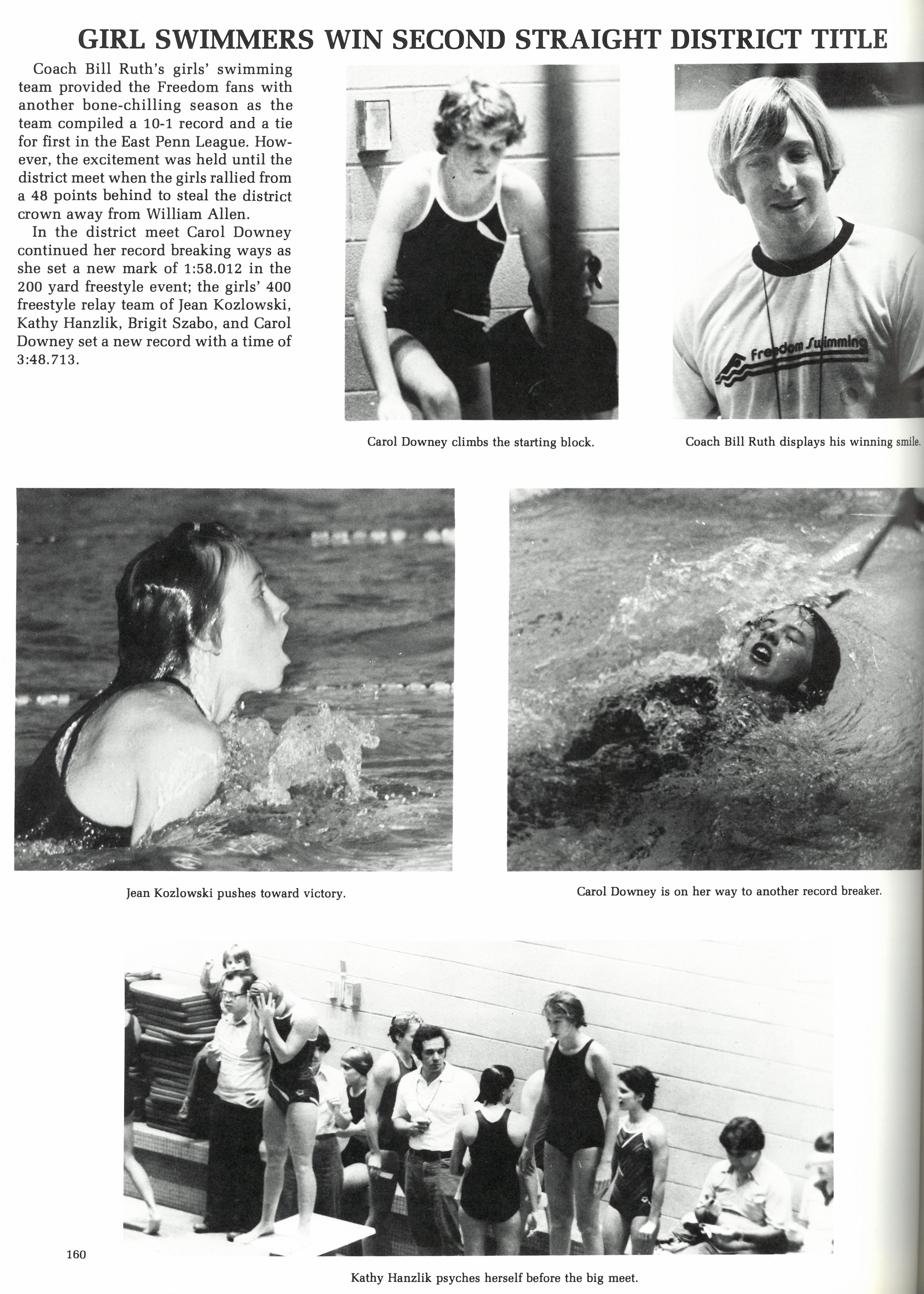 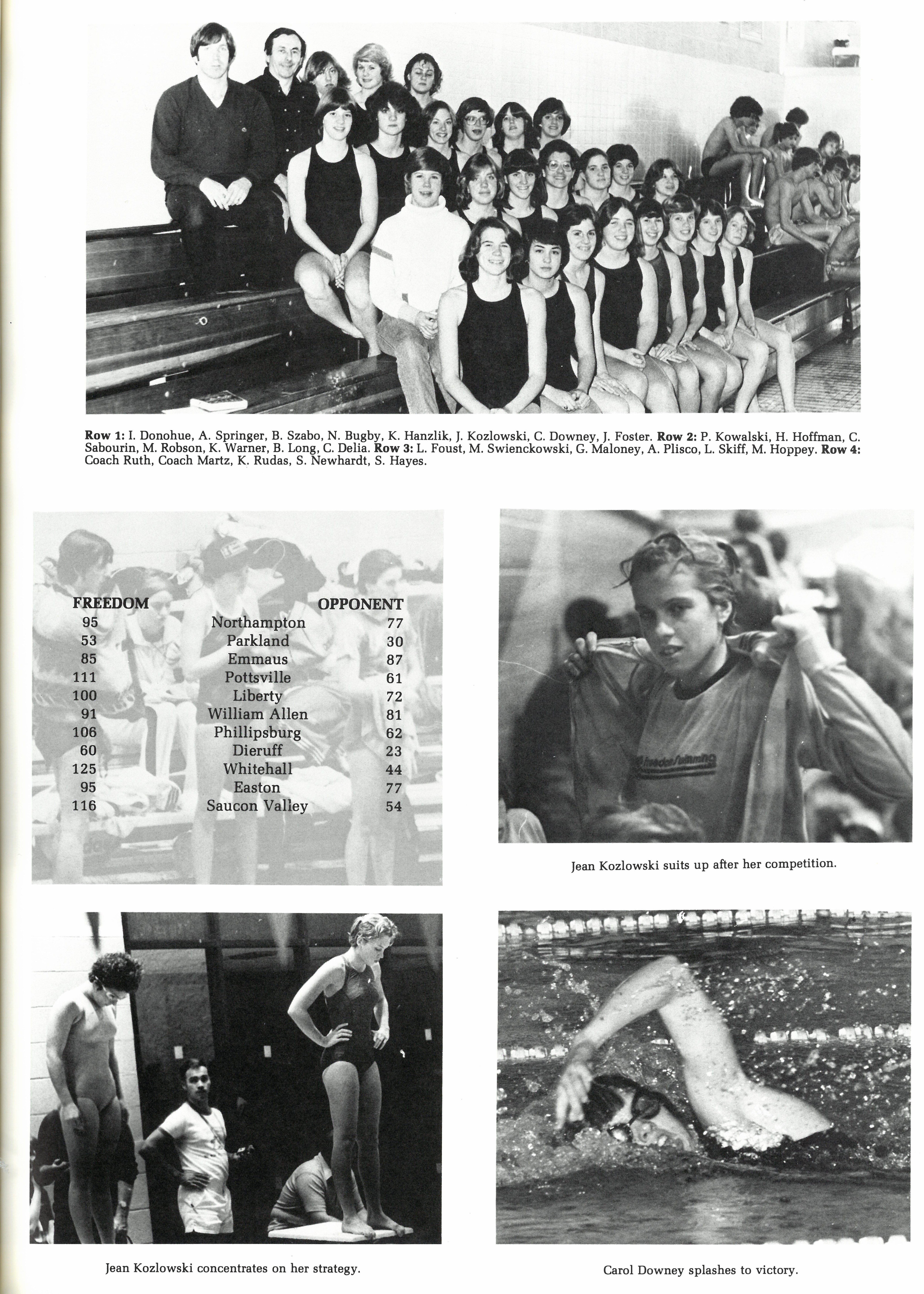 The 1972 Pates Soccer Team experienced its best season with a record of 12-1-3. A highlight of the season with the Patriots' 4-3 victory over the Hurricanes. They concluded their season as inter-district champions! 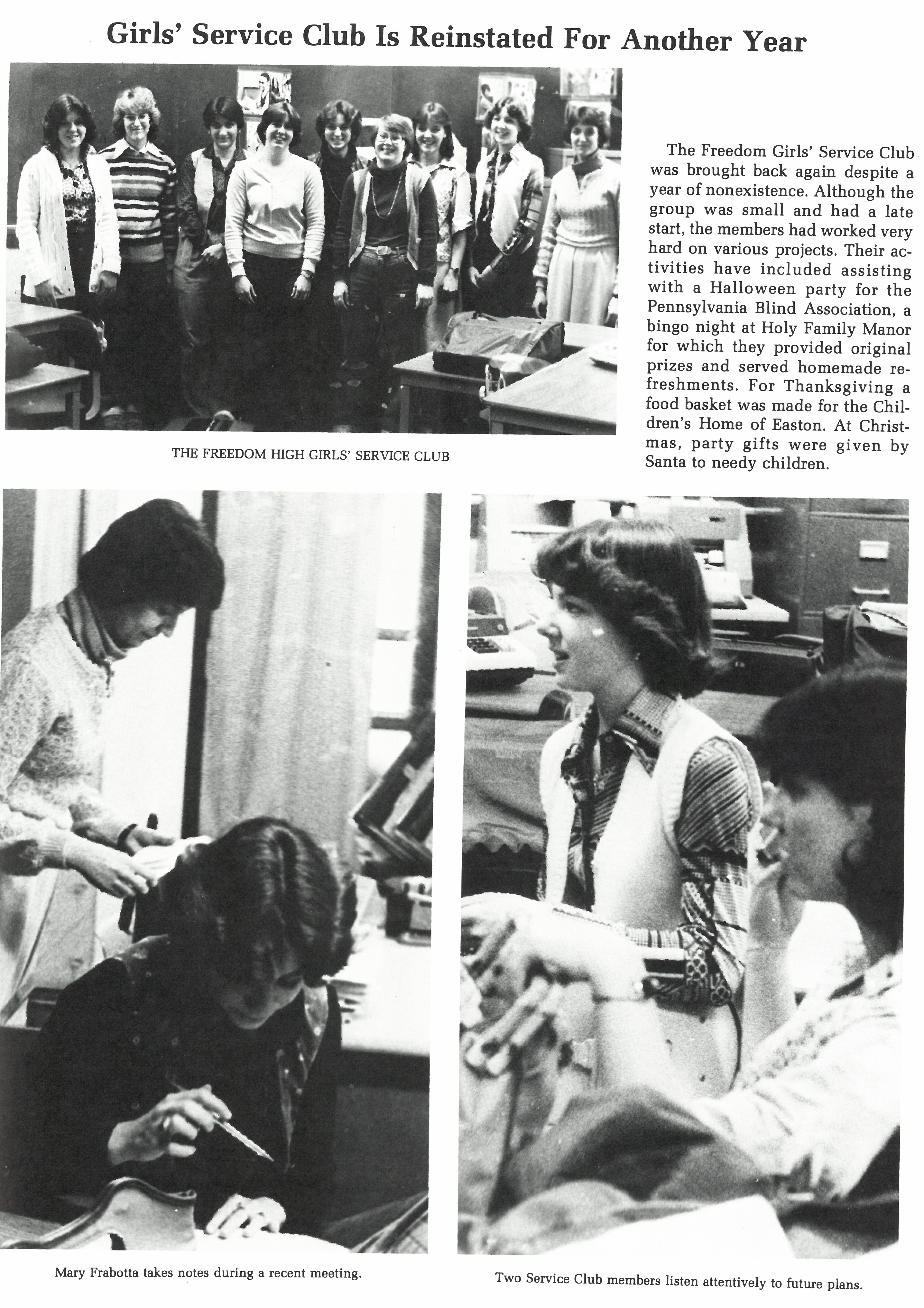 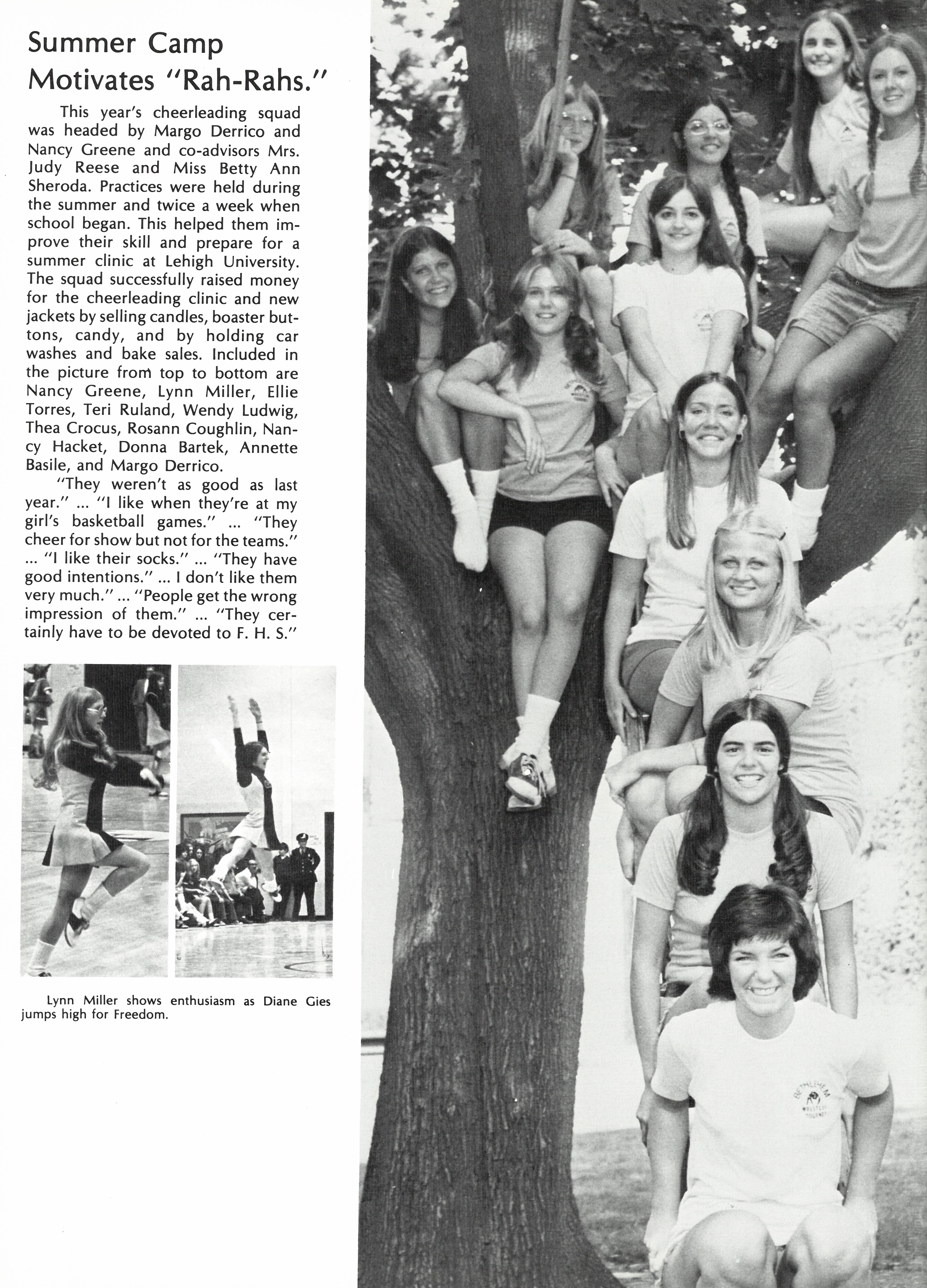 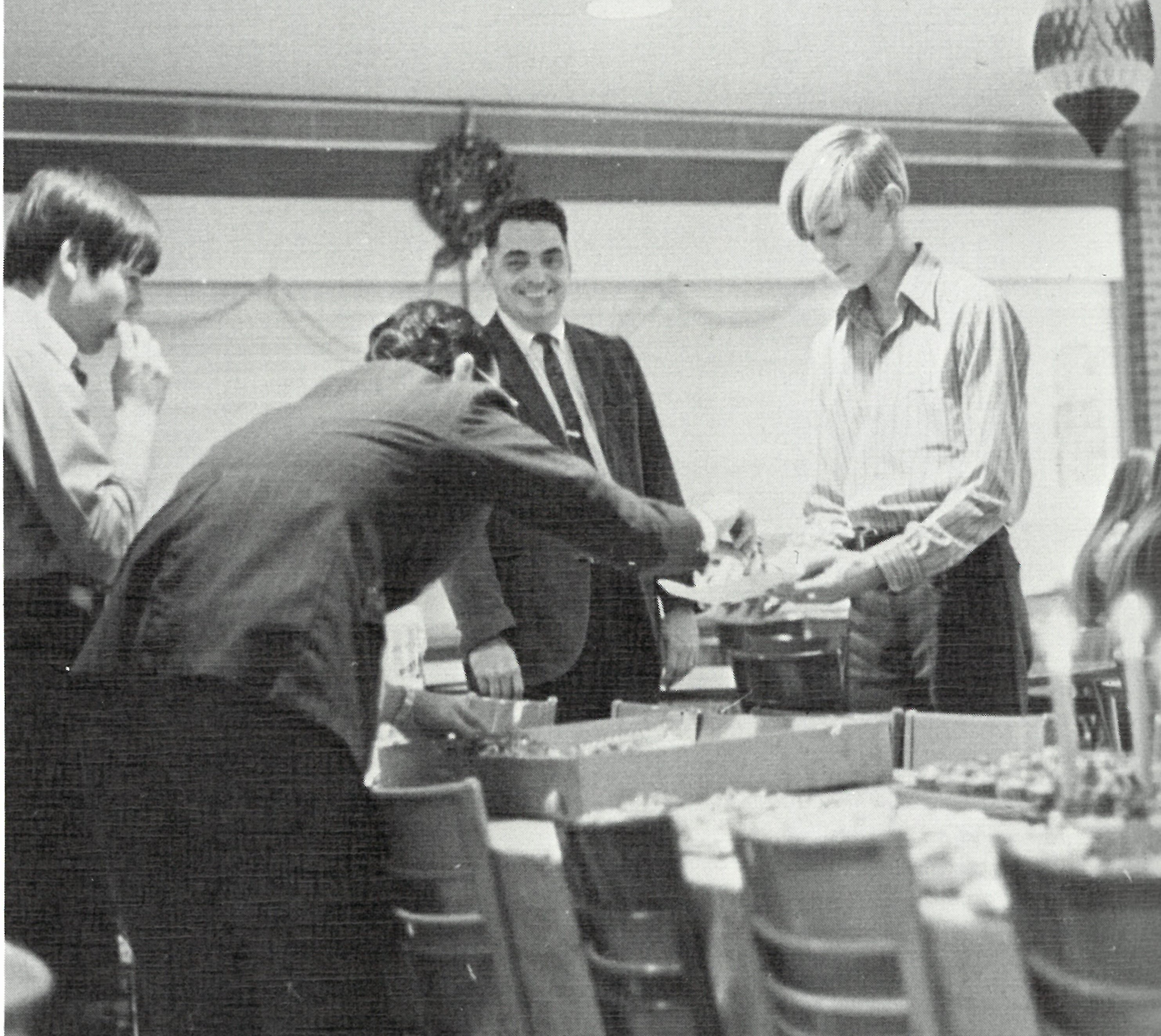 The German Club has completed one of its most interesting and enjoyable years in 1973. For the first time, non-German language students were admitted to the club, bringing a number of new faces and fresh ideas. German skits and plays, singing, drinking, and watching presentations were all activities for club members. 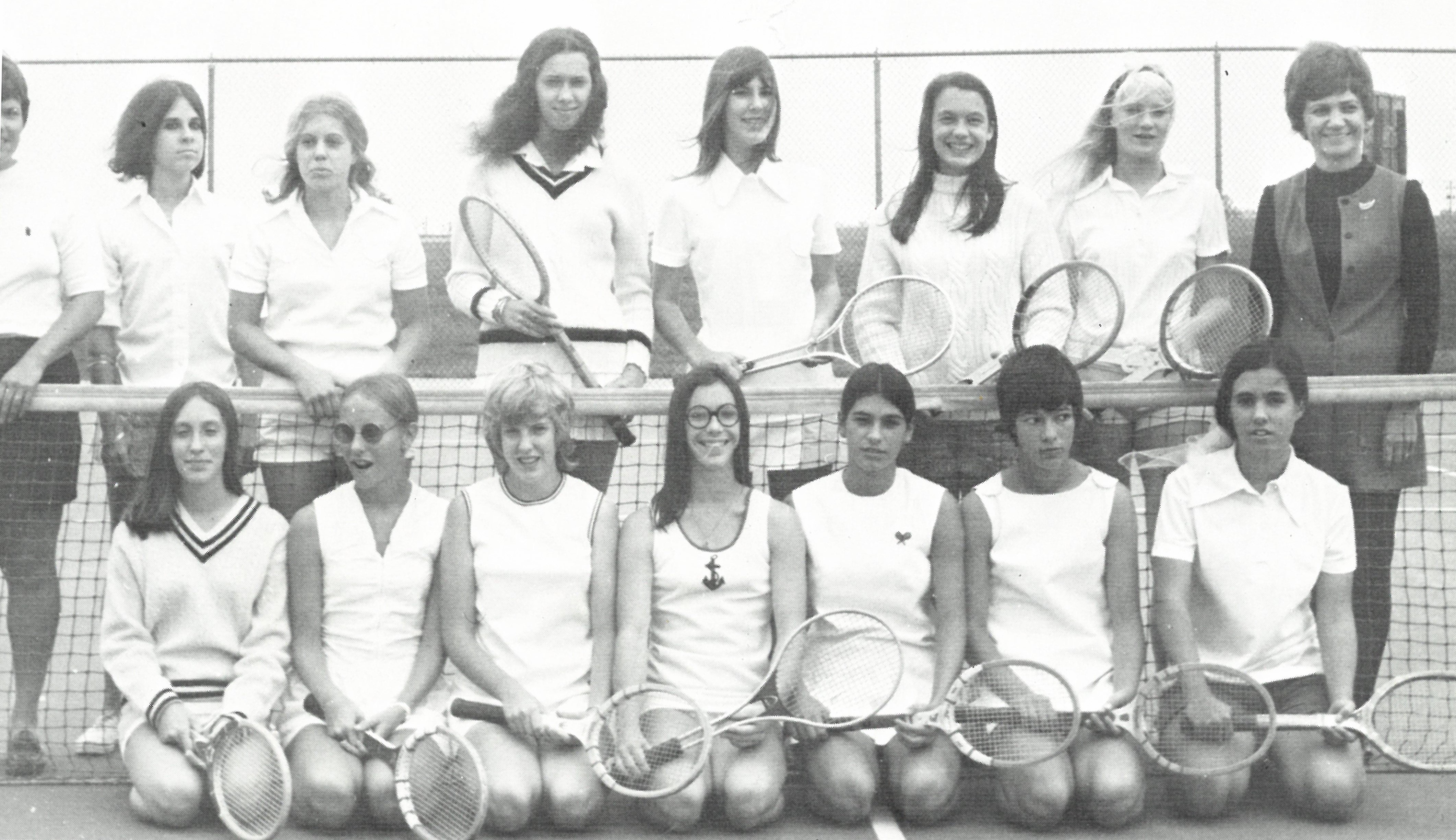 In 1973, Freedom had a new addition to its sports roster - the girls tennis team! Their first record was 3 wins, 2 losses, and 1 tie! 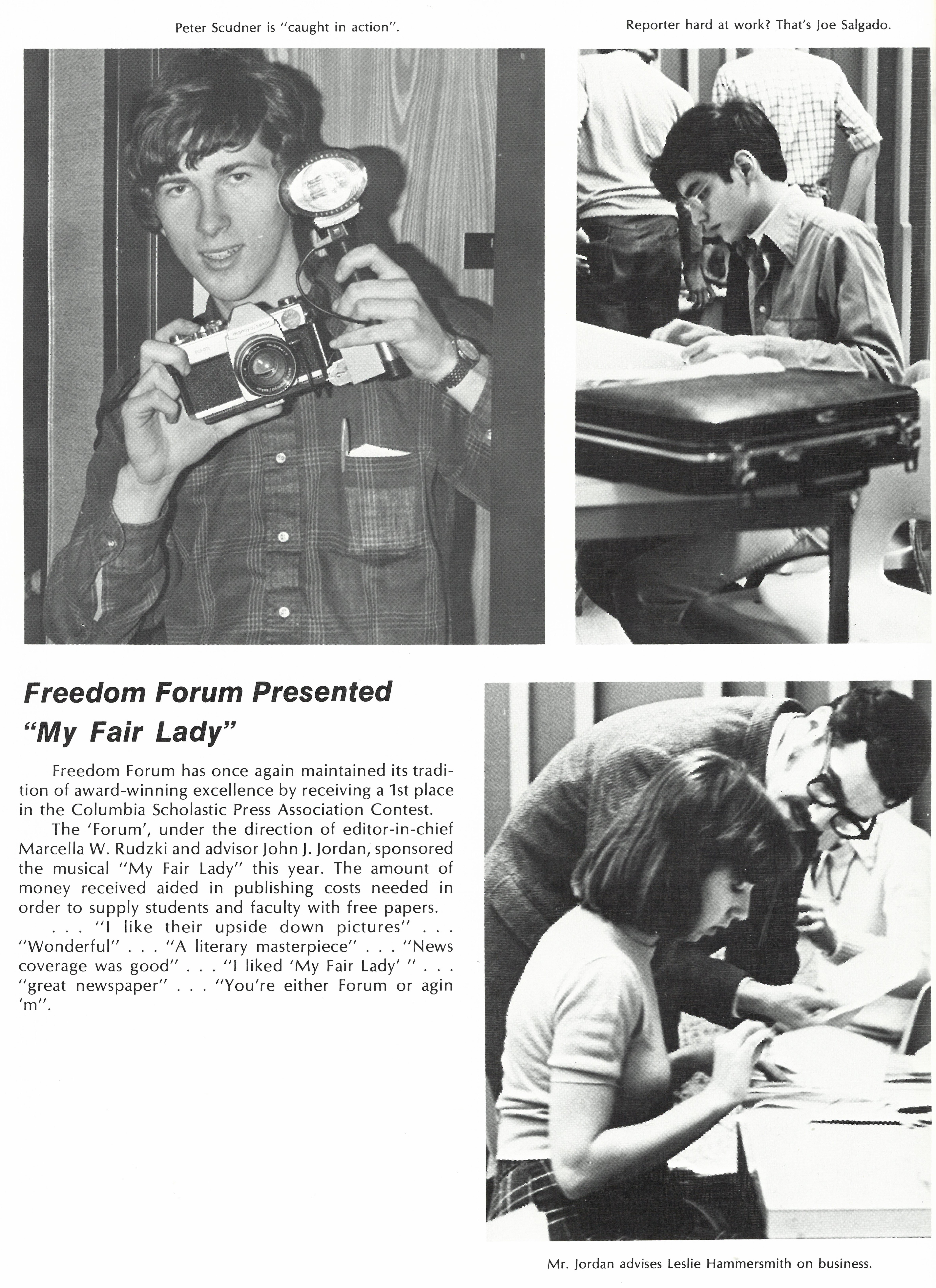 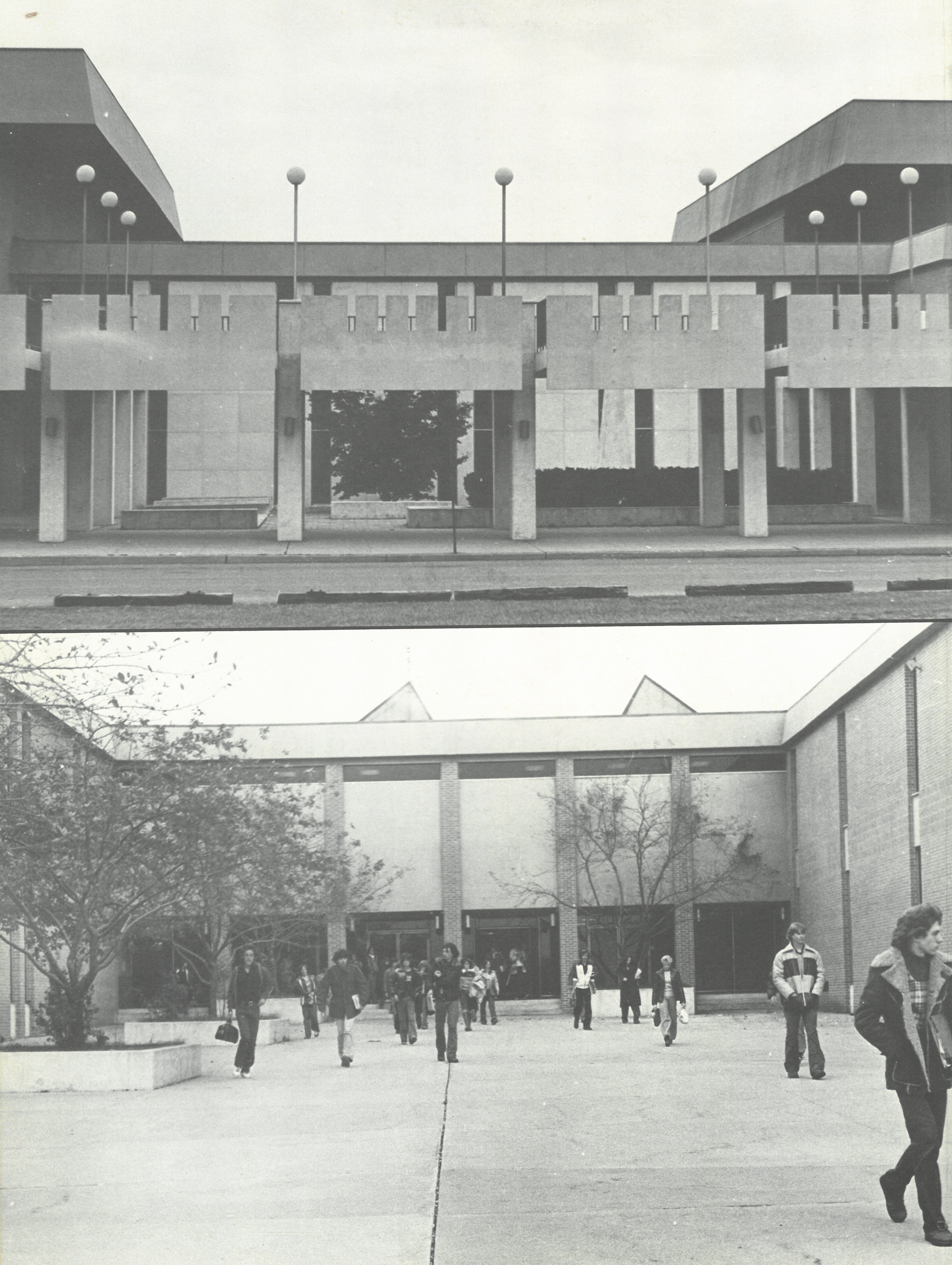 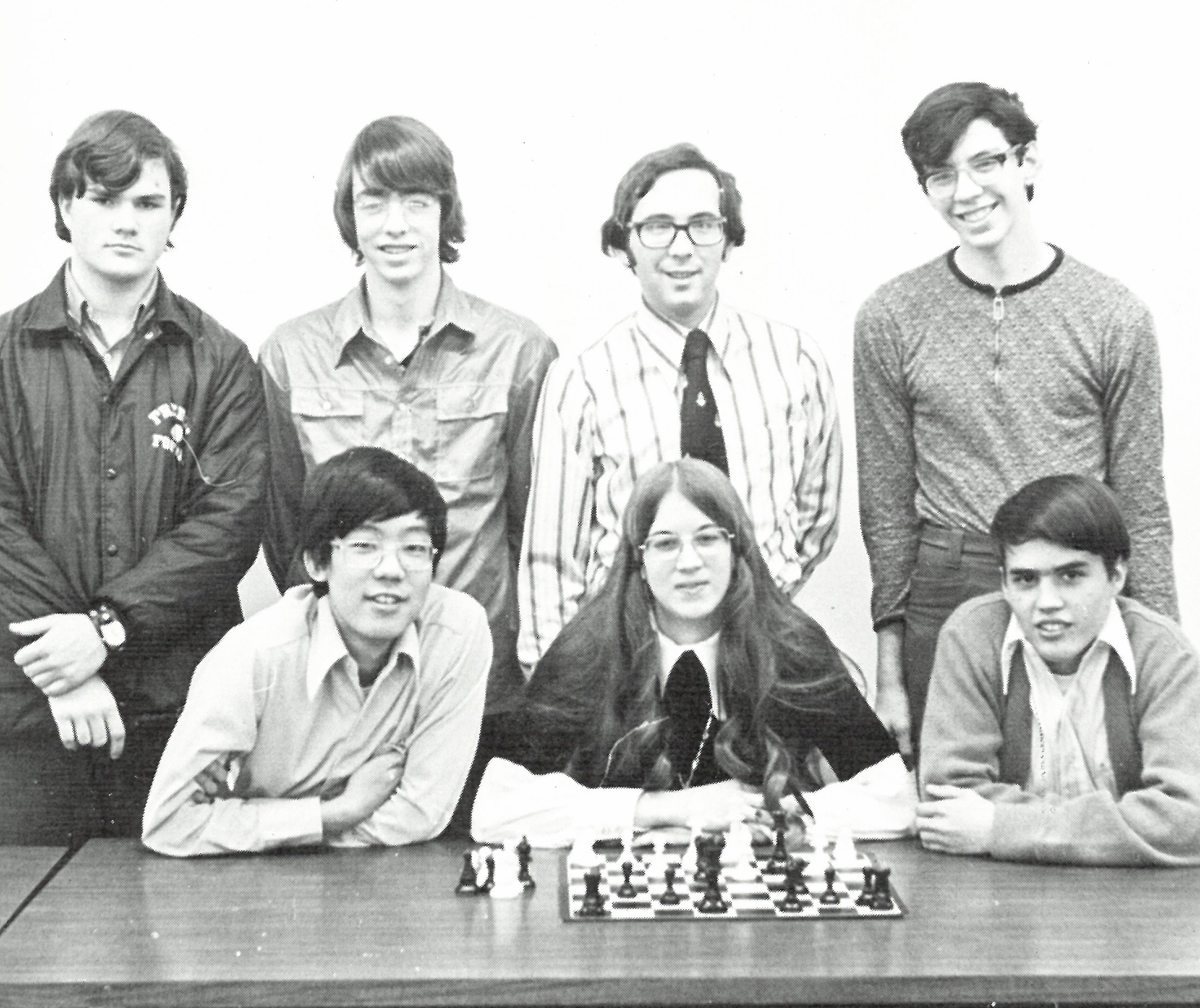 Chess Club forms the Chess Team. Ranking third in the Penn Jersey League, Freedom's team proved to be a worthwhile organization in 1973. 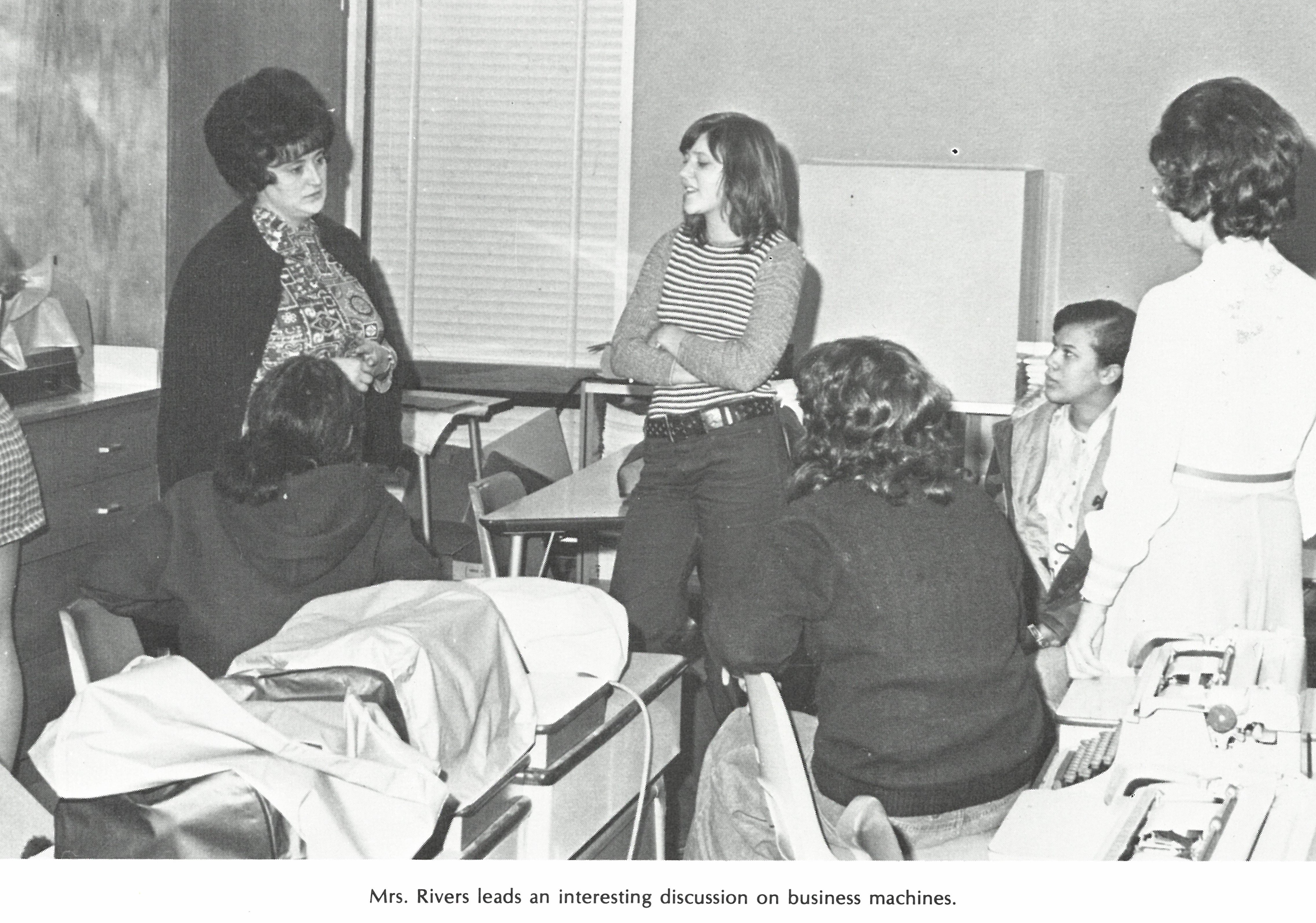 The Business Department introduced a new course, Clerical practice, in which they teach Shorthand I, Typing I, Accounting I, and other various skills needed by today's secretaries. A field trip to the Computer Room at the Bethlehem VoTech School was proposed to visit a Data Processing class. 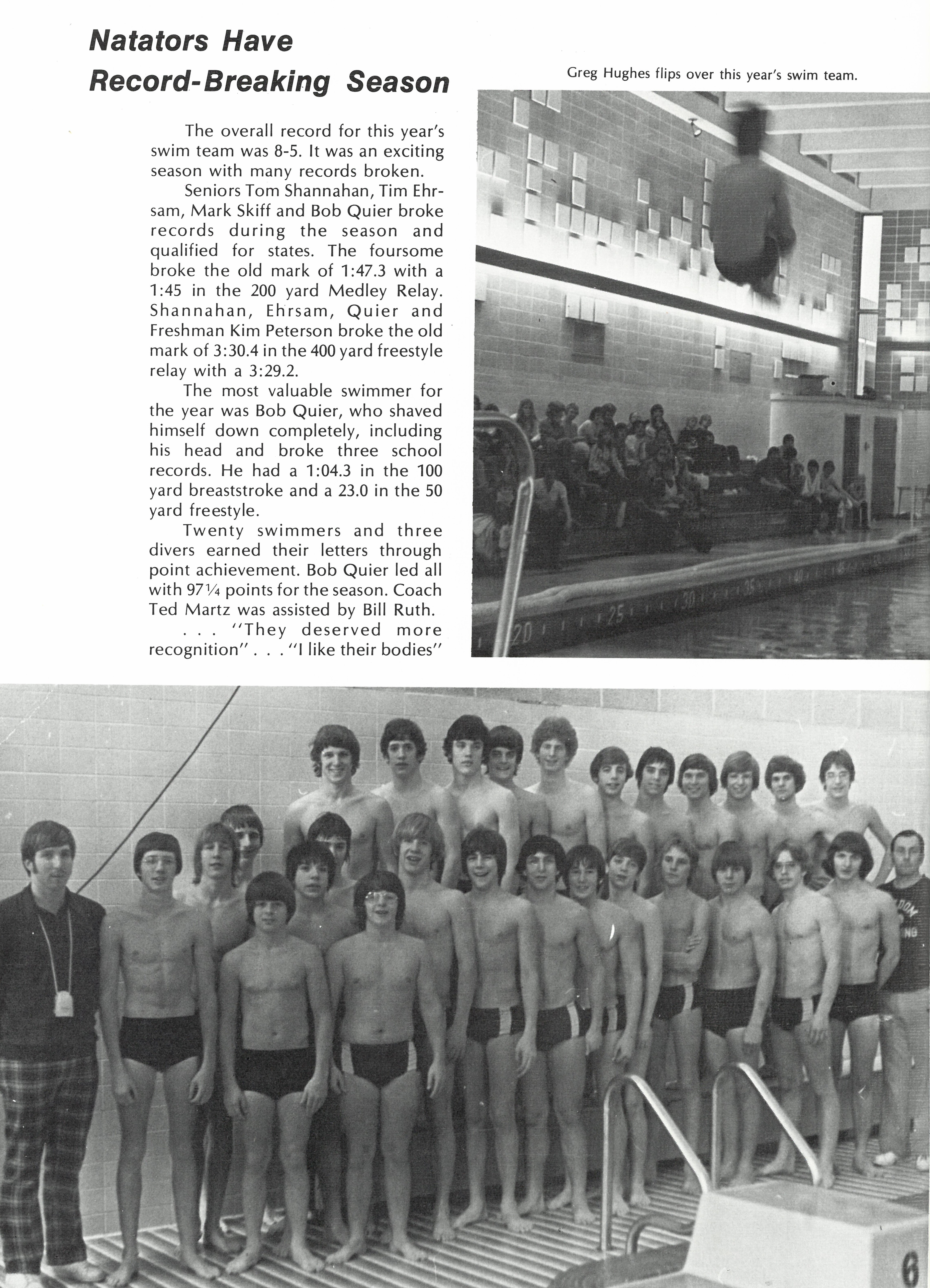 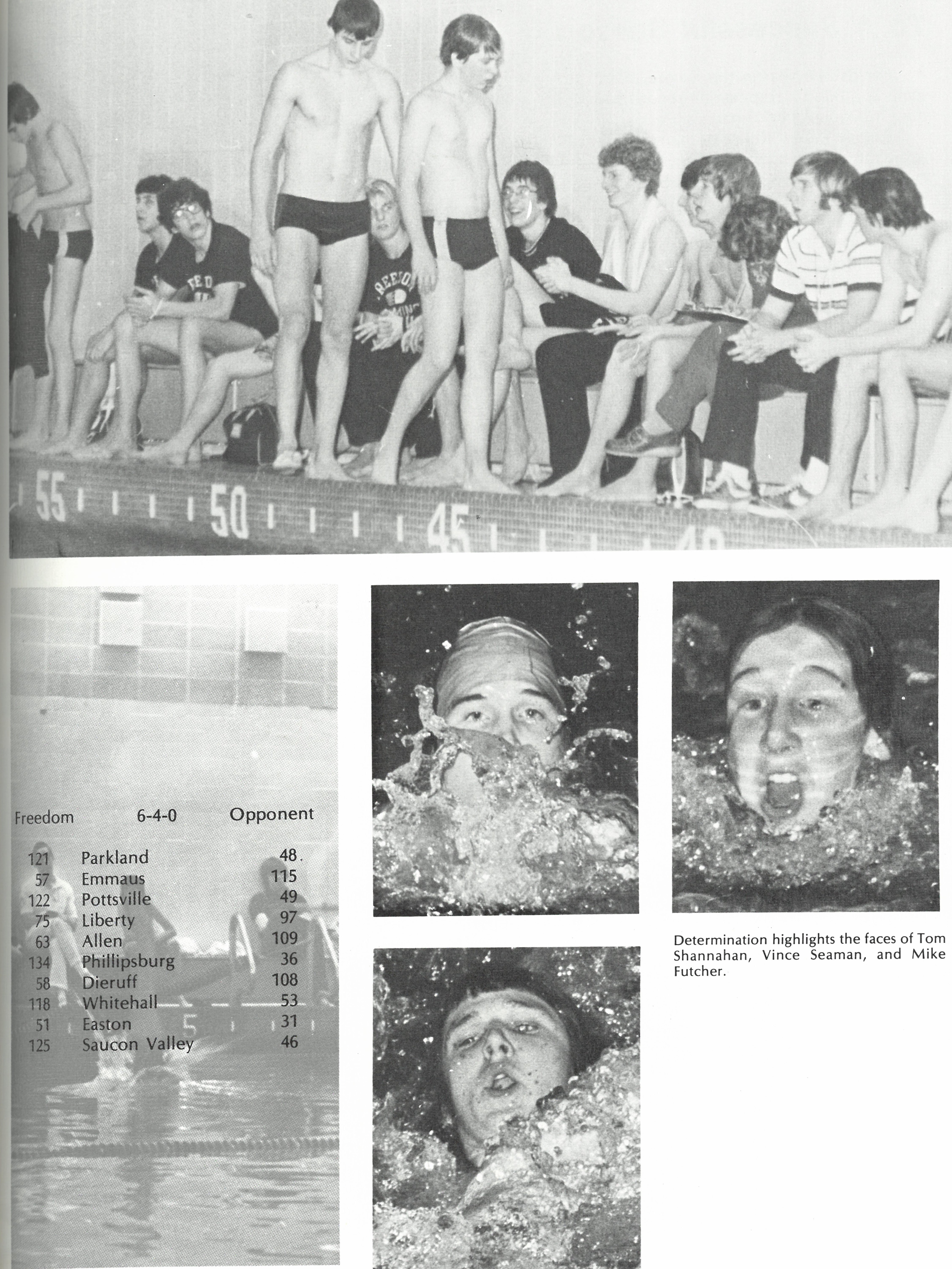 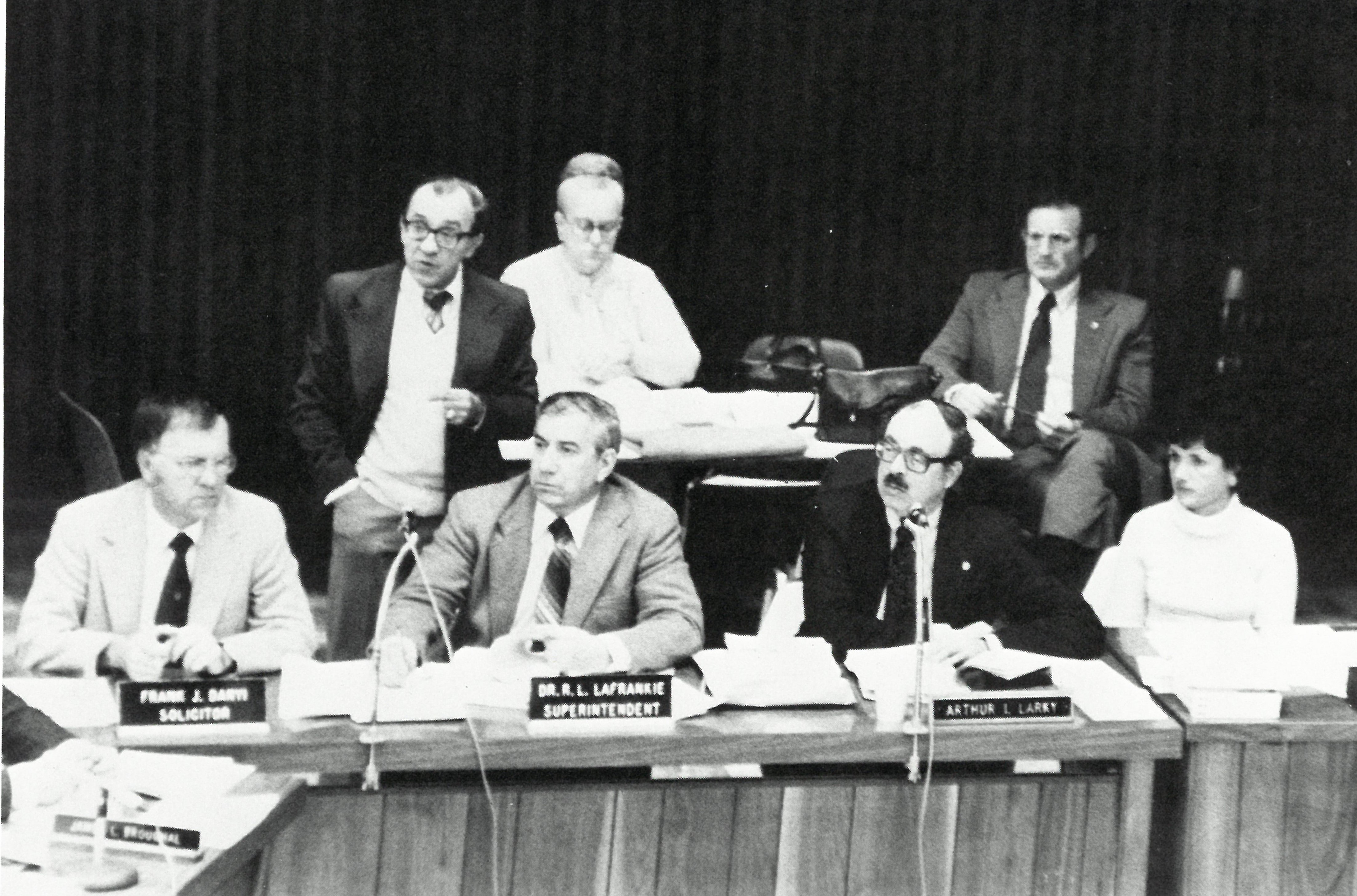 Dr. Robert LaFrankie, Bethlehem's new superintendent of schools, has made a wide range commitment to the people of the community to improve educational system and the rapport between administration, faculty, and community. He concluded all of his Board's meetings with a promise for district-wide improvements. 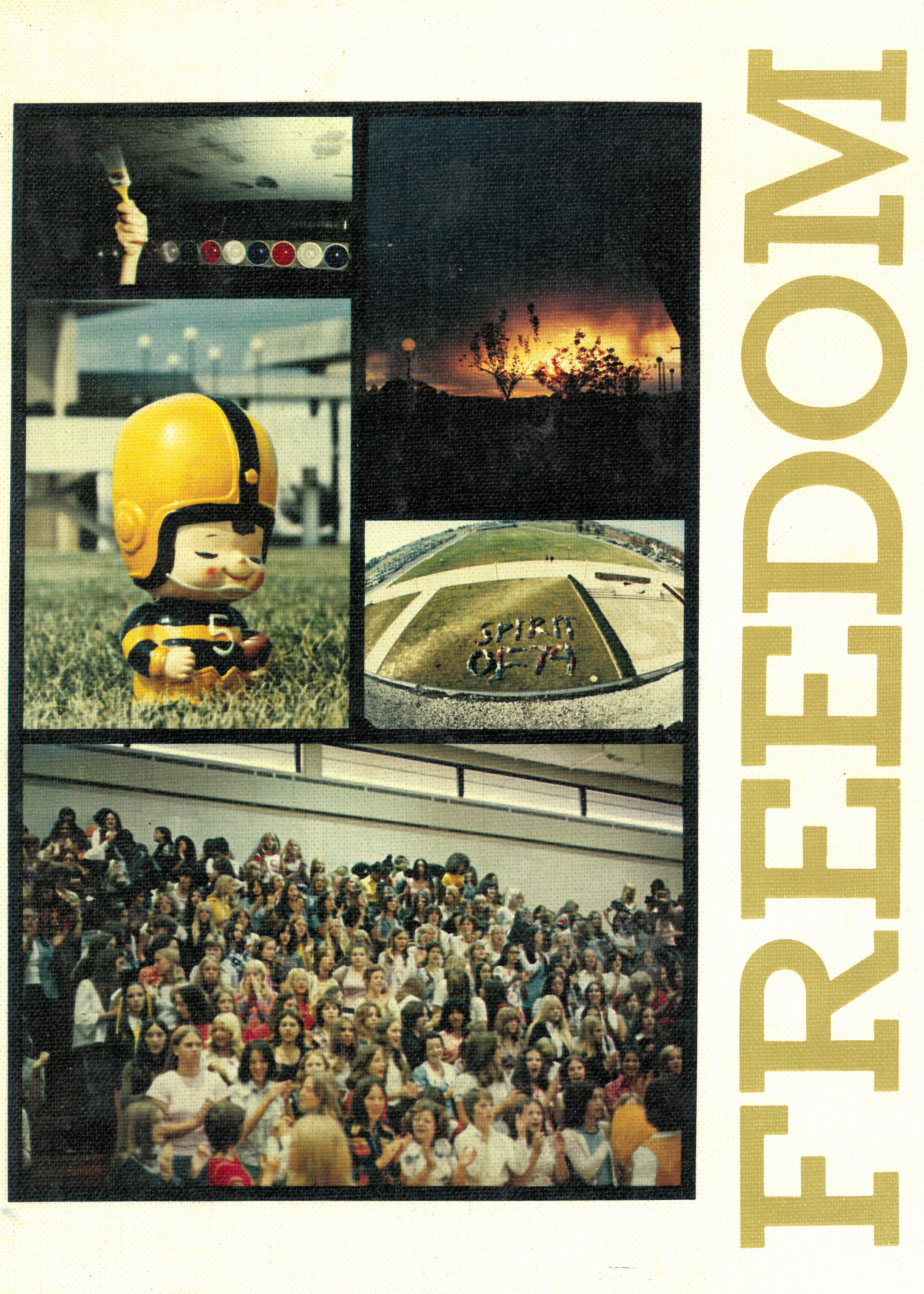 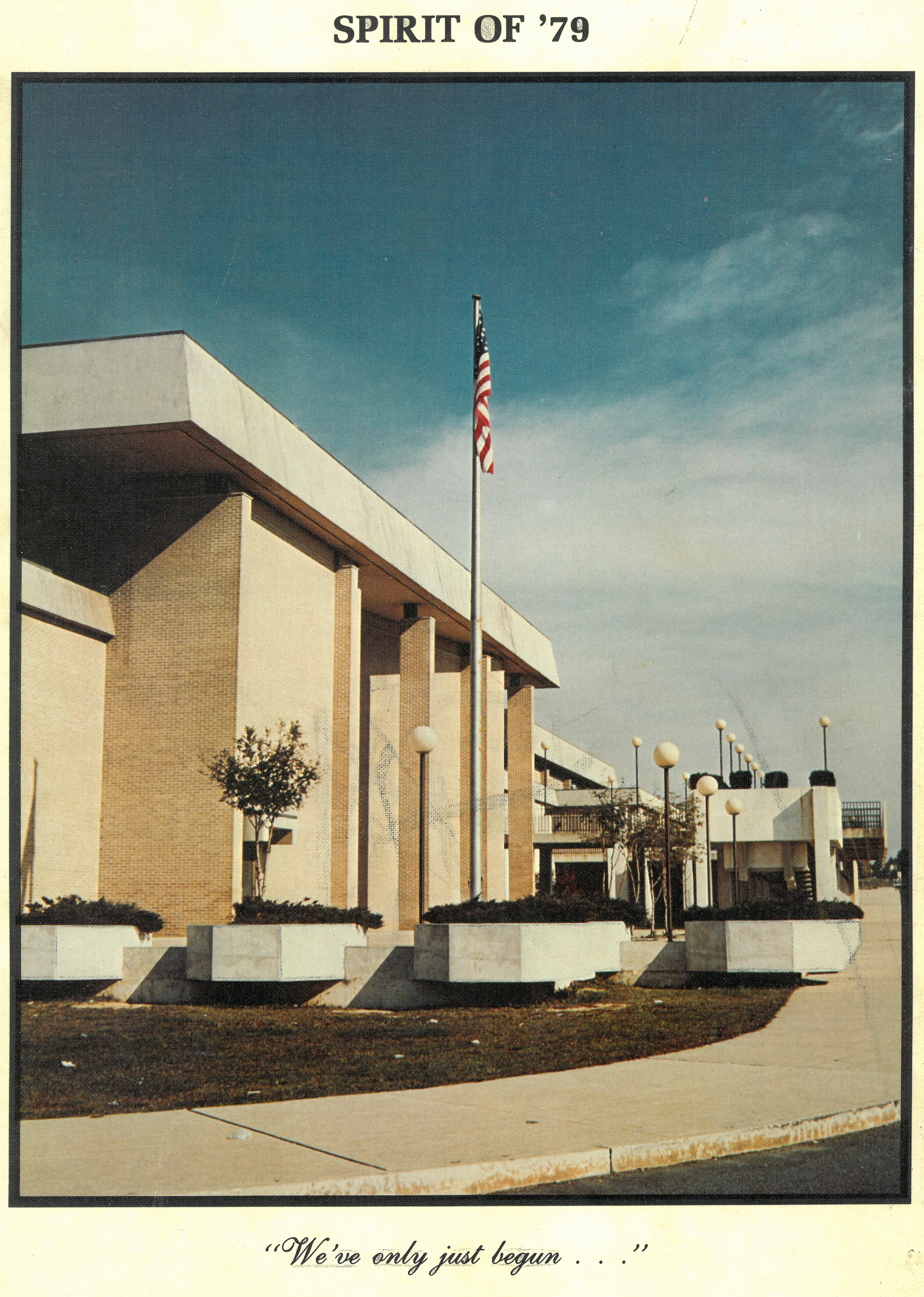