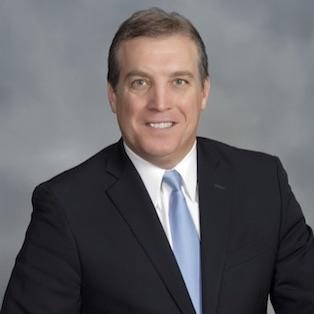 Don Cunningham has been president and CEO of the Lehigh Valley Economic Development Corporation since July 2012. He was twice-elected Mayor of Bethlehem, twice-elected Lehigh County Executive, and the appointed Pennsylvania Secretary of the Department of General Services in Governor Ed Rendell's administration.

Prior to leading the region's economic development organization, Cunningham served in a variety of key public and private positions for more than two decades. He also served as President of the Pennsylvania League of Cities and as a member of Bethlehem City Council. Prior to his public sector career, Cunningham worked for the Fortune 500-company, PPL, in Allentown and served in the Moravian College administration in Bethlehem. Cunningham has played a key role in the economic renaissance of the Lehigh Valley, which includes the principal cities of Allentown, Bethlehem, and Easton, and part of the transformation of the region's economy from heavy industry to a diversified economic base with an annual GDP of $39 billion. He has been responsible for managing budgets ranging from $50 million to $4 billion and has overseen economic development and/or urban growth initiatives, resulting in billions in new investments and creation of tens of thousands of jobs. Cunningham earned a Bachelor of Arts degree in Journalism with a minor in government in 1987 from Shippensburg University and a Master of Arts in political science from Villanova University in 1991, where he graduated summa cum laude. He was born and raised in Bethlehem, where his family has lived for five generations.