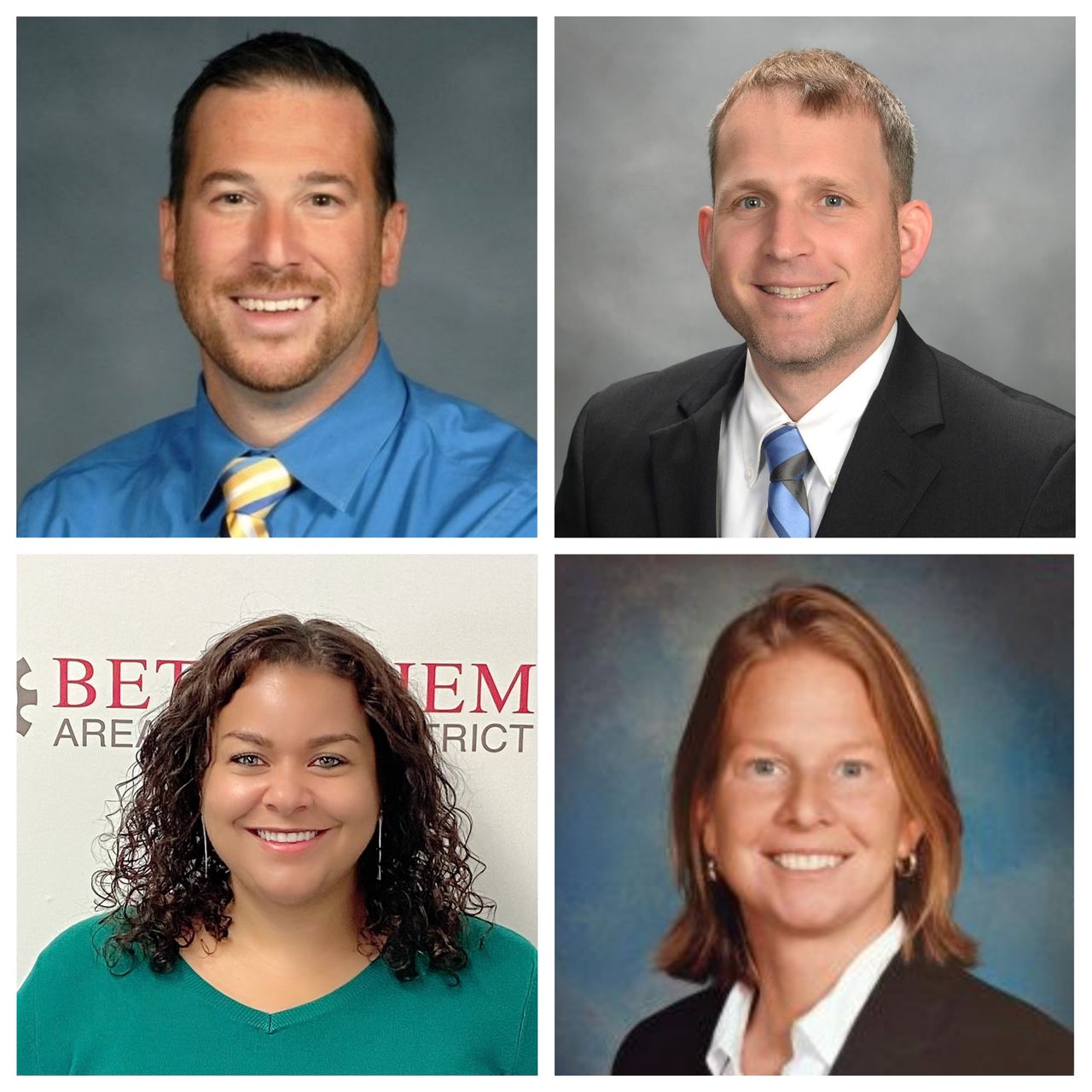 The Bethlehem Area School Board approved three new principals and one administrator this week, who are all familiar faces to district families.

The openings at Governor Wolf and Thomas Jefferson elementary and Broughal Middle schools are all being filled by current district employees. The vacancies were all created by current administrators moving to new schools.

Broughal Middle School Principal Rick Amato is headed to lead Governor Wolf Elementary School, where he replaces Principal Theodoro Quinones, who is the new Northeast Middle School Principal. A former district teacher, Amato returned to the district seven years ago to become Broughal Assistant Principal, spending two years in the role before being named Principal. Amato spent two years as a Wilson Area School District assistant principal and worked at East Hills and Nitschmann Middle Schools as a teacher. He earned his bachelor of science degree from East Stroudsburg University and his master’s degree from Wilkes University. He will be paid a salary of $117,572.

The new Broughal Principal will be Brandon Horlick, who has been the Nitschmann Middle School Assistant Principal for the last three years. Before becoming an administrator, Horlick was a special education learning support teacher at Liberty High School and a social studies teacher in the Norristown Area School District. He received both his bachelor of science and master’s of education from Kutztown University. Horlick also received his certification in special education from Wilkes University and his administrative certification from Moravian College. He will be paid a salary of $112,000 a year.

Thomas Jefferson Elementary School Principal Tracey Hirner is the district’s new Supervisor of Social/Emotional Health Services. Hirner spent five years as principal at Thomas Jefferson and she’s also been an assistant principal at East Hills, a guidance counselor at Northeast and the district’s Career Academy. She holds a bachelor’s degree from Kutztown University and a master’s degree from Wilkes University. She will be paid a salary of $112,168.

Elizabeth Ramsey will replace Hirner as Thomas Jefferson Principal. Ramsey’s been the Assistant Principal at Liberty High School for the last five years. She’s also worked as a guidance counselor at Freedom and Liberty high schools and as a department chair at Liberty. She has a bachelor of science from Lock Haven University and a master’s degree from Lehigh University. She will be paid a salary of $108,000.

All of the reassignments are effective July 1.