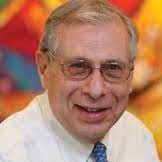 Thomas Doluisio graduated from Liberty in 1960. Mr. Doluisio served as Superintendent of Schools from 1986 until his retirement in 2002.

During his tenure, He profoundly impacted Freedom and Liberty High Schools by allowing Freedom to restructure from a tradition eight-period school day to a block scheduled, four-period day.