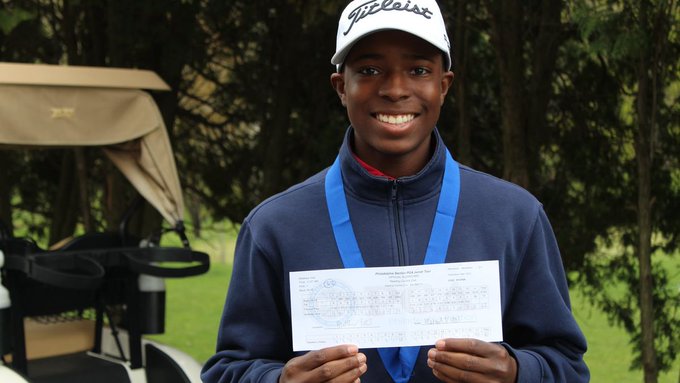 Bethlehem’s Matthew Vital was one shot better Saturday afternoon at Reading Country Club than golf legend Sam Snead was in 1949.

Vital shot a course-record, 8-under-par 62, to win the Philadelphia Junior Tour event by 14 shots. He posted nine birdies, eight pars and a lone bogey to break Snead’s mark by a stroke on the 6,162-yard layout.

The Liberty sophomore started with a par before making birdie on three of the next four holes to shoot a 3-under 31 on the front side.

“Anytime your name is mentioned in the same breath with legends like Byron Nelson and Sam Snead, you know you accomplished something very special,” Vital said. “I was 2-under-par through 3 and I knew then this might be a special round of golf, but I stayed patient, calm and played smart golf.”

“I never thought about breaking records. I just focused on one shot at a time,” he said. “I did not force it. I was really happy that I was able to share the moment with my brother Michael and my dad. I did not understand at first the significance of the round until the PGA tournament director and the Reading Country club director of golf told me that I made history.

“We worked very hard with my swing coach Rick Flesher at Lehigh over the winter and now we are starting to see the results,” he said.

Michael Vital shot 80 to finish third in the boys 13-15 division.

The brothers were part of coach Steve Bradley’s Liberty golf team that tied for second in Class 3A at last fall’s PIAA Team Golf Championships. The Hurricanes also won EPC and District 11 team titles and the 3A regional event at the Steel Club in Hellertown.