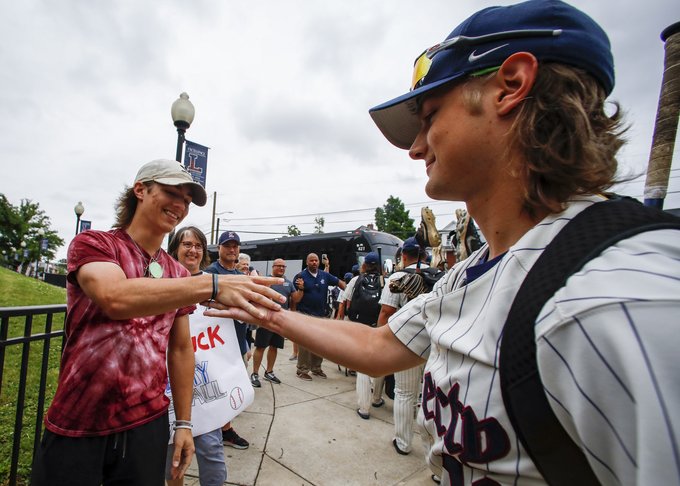 The Canes fall 6-4 to Warwick. There was a ton of effort to come back and fell a little short. But the community is proud of each and every one of these kids. Not many get to say they made it to a state final. It wasn’t the outcome we were looking for, but a great run nonetheless.

The Hurricanes (26-3) came up short in their bid to become just the second state baseball champion from the Lehigh Valley and first in the largest size classification. Catty’s Class 2A crown in 1997 remains the only title among locals.

Turning points: Warwick took the lead with an unearned run in the top of the first inning. Aaron Hess reached on an error, advanced to third on a single by Matthew Williams (culminating a 12-pitch at-bat), and scored on an RBI hit from Nick Slogik.

Chase Martin and Seth Adomnik singled and walked, respectively, to start the fourth for Warwick. Martin came around to score on an error in the outfield, pushing the lead to 2-0.

David Woolley then plated a pair with a single to left field. After a base hit by Hess, Matt Seibert scored two more runs by booming a triple to right-center field, giving his team a 6-0 advantage.

Storm stoppage: A thunderstorm halted the game in the bottom of the fourth inning. The delay lasted 1 hour and 49 minutes.

Late rally: An RBI groundout by Jacob Rivera got Liberty onto the scoreboard in the bottom of the fifth.

The Hurricanes struck for three more runs in the sixth. Noah Gyauch-Quirk singled and JC Spinosa, who’d walked, scored on an errant throw to first base. Jacob Scheirer then flared a single to right field, sending home Ayden Zabala (who’d reached on an error) and Gyauch-Quirk, cutting the lead to 6-4.

Top performers: Warwick starting pitcher Matt Seibert, a lefty headed to Millersville University, stymied the Hurricanes until his final inning of work and was unfazed by the weather stoppage. He went 6 innings, allowing five hits and four runs (one earned) while striking out eight.

Eight different players recorded hits for Warwick. Williams, another Millersville commit who’d been shut down all season as a pitcher, closed out the seventh for the Warriors.

Gyauch-Quirk had a pair of hits and scored twice for Liberty. Zabala tossed 3.2 innings of scoreless relief, allowing two hits.

What it means: Warwick (23-2), which recorded its only PIAA tournament wins in program history this spring, captured its first state title.

Liberty ends its season with a school-record 26 victories.