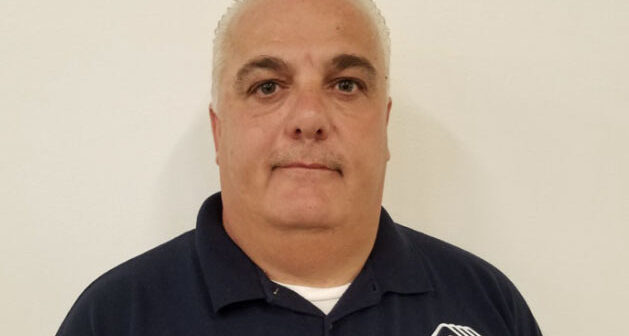 Program Director of the Bethlehem Boys and Girls Club and Bethlehem Native Scott Perry. Perry's became involved in the club in the early 80s, and has worked his way up from a member.

When Scott Perry began attending the Bethlehem Boys and Girls Club in the early 80s at the age of 10, he was unaware of the ongoing impact this organization would have on his life.

Since his graduation from Freedom High School, he has been offered various positions within the Bethlehem Boys and Girls Club and is now their Program Director, organizing programs for kids similar to those he once enjoyed.

Q: How would you say the Boys and Girls Club has shaped your life?

Scott Perry: In many ways, it was a mentorship when I was a kid. There were many people here at the club I looked up to as role models and as father figures or mother figures and just to be added as a safe haven.

Q: When did you stop going to the club yourself and become an employee?

SP: It was after I was offered a job right out of high school. I was working here part-time at the time. I was offered a full-time position. I said I had to reach out and talk to a couple of family members and they gave me the weekend to think about it and I came back the following week. I said I had nothing to lose. There’s nothing else out there right now that I’m looking forward to doing. I just got on the magical carpet.

Q: How have you seen the club change over the years since you’ve been there?

SP: There were a lot fewer options. Now there are a lot more options. 20 years ago, we didn’t have a computer room, now we have a computer room with 15 computers for the kids to use. Back then, there were no cell phones, so you had to call your mom when you got here. Your mom called the club when it was time to go home or you had to walk home with friends but now with technology taking over, times have changed.

Q: What would you say has been the most rewarding part about being at the Boys and Girls Club?

SP: Well as a past member, some of my mentors recently just retired. I used to call my father figure, Mr. Gary Martel, here at the club, and see him every day and learn many things from him as he would guide me in different ways. I didn’t have a father figure at home. And now with the staff that we have – we have a new CEO that took over about two years ago, Mr. Winston Lozi – we work really well as a team, serving the kids on an everyday basis.

Q: As a past member, what can you say the Boys and Girls Club provides for a kid?

SP: It provides them with an advisor and a daily snack. It provides them with mentorship. It advises them in a place they feel safe. The list goes on — to the place where they can get out of the streets and come with their friends to do their own work, have a meal and enjoy their time here at the club.

Q: What is one of the best memories you have of being an employee?

Story by The Brown and White