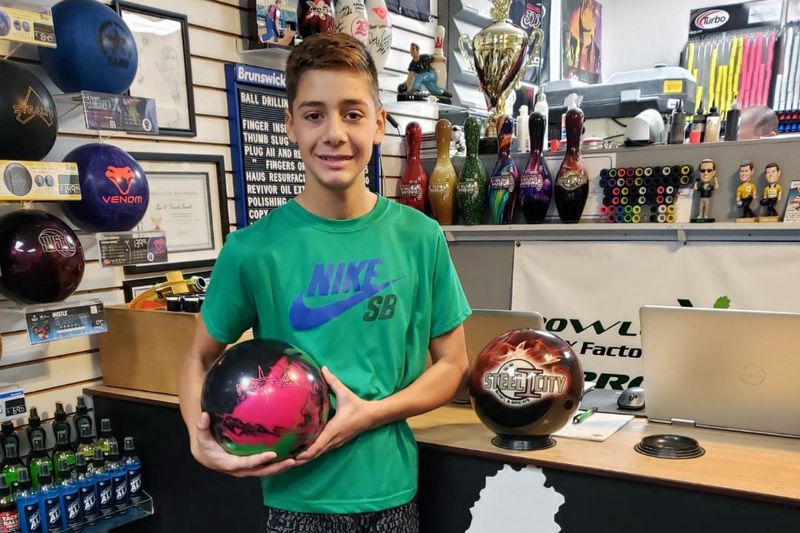 The first two weeks of the season weren’t what 13-year-old Owen Fink had in mind. His hope was to bump his average from last year’s 175 to 190.

He needed a shot in the arm to rejuvenate his game. Refocused, he executed his plan perfectly.

The Bethlehem resident found the lanes at Steel City Bowl a bit more forgiving and made a statement by opening with a 300 game. But he didn’t rest on his laurels; he tacked on 237 and 248 for a 785.

“It was amazing,” said the eighth-grade student at East Hills Middle School in Bethlehem. “The shot was different. I had three boards of room to miss to get a strike.”

Chucking strikes was on the menu, and Fink was chewing them up. He raced from the opening bell and found himself with an eight-bagger. He was feeling confident but really didn’t believe it would happen.

Fink tacked on No. 9 and found himself in a place he’d been once before when a single stick throttled the 300 bid. This time it was smooth sailing.

“After the 10th one it was very, very, very scary,” he said. “It was another good ball, though. The last one, I was very nervous. I was sweating and tearing up.”

Standing in the back watching this all unfold were Fink’s parents, grandmother and best friend.

“I was tearing up on the 11th one,” said Rusty, his father. “I watched the 12th strike, and I broke down. We’re super proud because Owen puts a lot into his game.”

On the approach for the last shot, Fink’s 13-pound ball left his hand and his job was over.

“I was hoping I’d get it,” he said. “When they fell, it was amazing. So many hands to shake and hugs from my family.”

The strikes continued into the second game and a huge finish netted the teenager a 237.

Fink joins a select group of young area bowlers to have rolled 300.

The current talent that’s out there lends itself to scoring like this. It’ll be fun to follow the career of Fink and others.