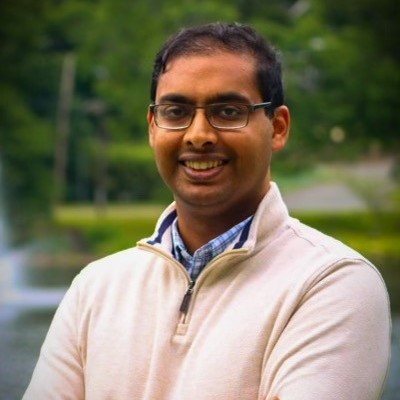 Hello! My name is Eashwar, and I am a Vice President in the Consumer Wealth Management Division at Goldman Sachs in New York City. I focus on the design, architecture, and implementation of Marcus Invest, which is Goldman Sachs' automated managed investment solution. I am a Miller Heights Husky, an East Hills Charger, and a Freedom Patriot ('09)

An engineer at heart, I completed a Bachelor's degree in Electrical and Computer Engineering from Cornell University ('13) in Ithaca, NY, and a Master's degree in Computer Science from Columbia University ('16) in New York City. I've interned and worked in a variety of different industries throughout my career (P&G, NASA/JPL, Xilinx, etc) before settling in my current position at Goldman Sachs. I've also engaged in several complex engineering projects, such as creating a semi-autonomous imitation Martian Rover, in and outside of the academic and career environments, some of which had won various awards and a provisional patent. Outside of engineering, I enjoy various outdoor recreational activities (sports, hiking, etc), traveling, photography, music, dancing, and most importantly, engaging with family and friends.

My professional interests as well as my propensity to network and engage with people around me have long been influenced by many role models while growing up. My family as well as many amazing teachers that I've been fortunate to cross paths with have shaped me into who I am. One of the most important lessons I've learned throughout the years is to forge connections and maintain old ones, as you never know when those connections can come in handy, and I would highly encourage everyone to make new friends, keep in touch with old ones, and learn as much as you can from each other.