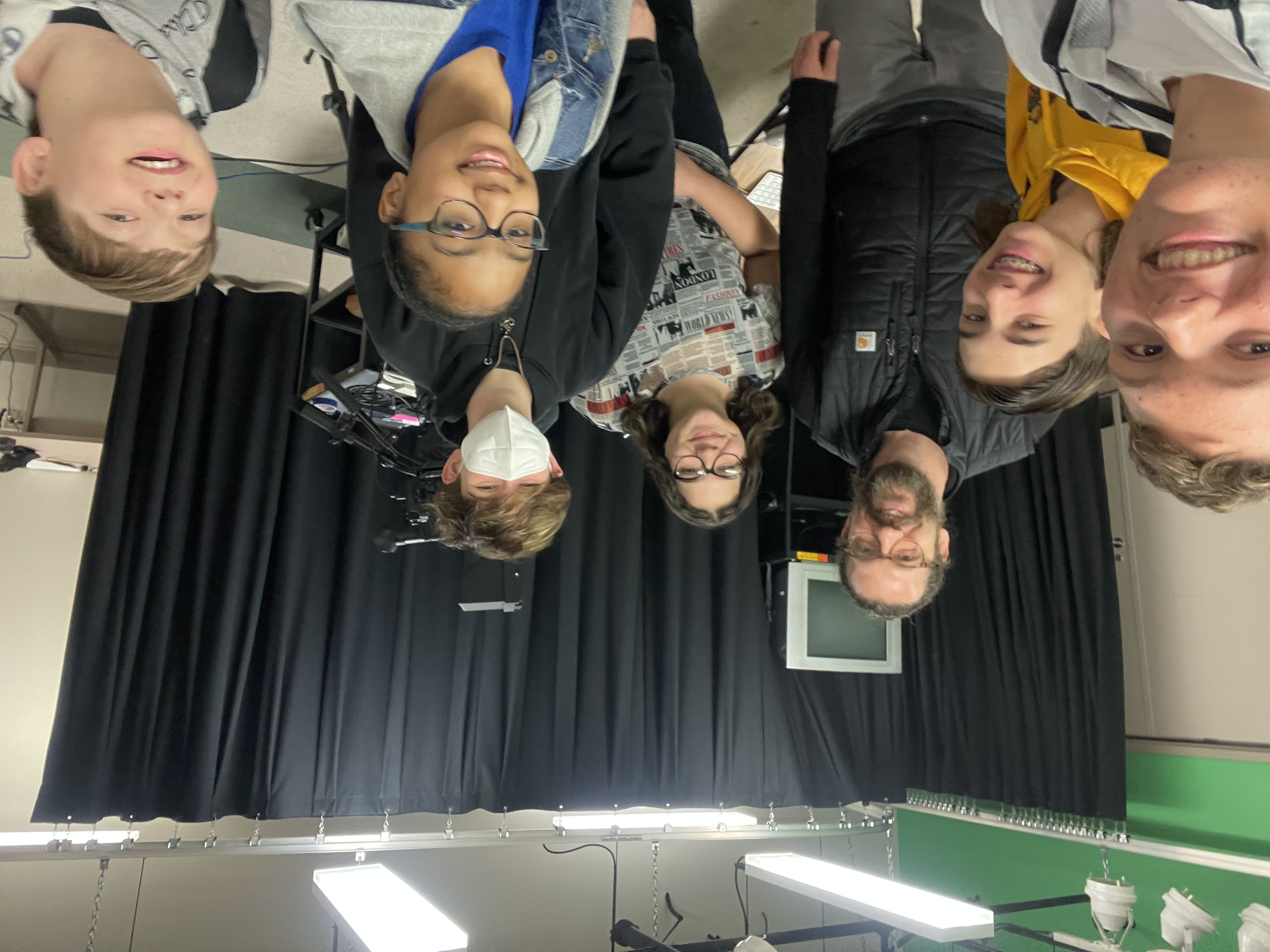 Daniel Wynn, a German teacher at Northeast Middle School, was asked to take over the TV Studio project in the fall of 2021. He accepted with enthusiasm, despite having broken equipment and no funds to replace. He knew he wanted to empower his students to take on the TV Studio and become a student-led Journalism Club.

"We began with broken and antiquated TV Studio Equipment

During remote learning in the spring of 2020, Laura Martin was reading a Google Workspace blog on Google Meet Live Stream. She thought it would be a possibility for morning announcements. 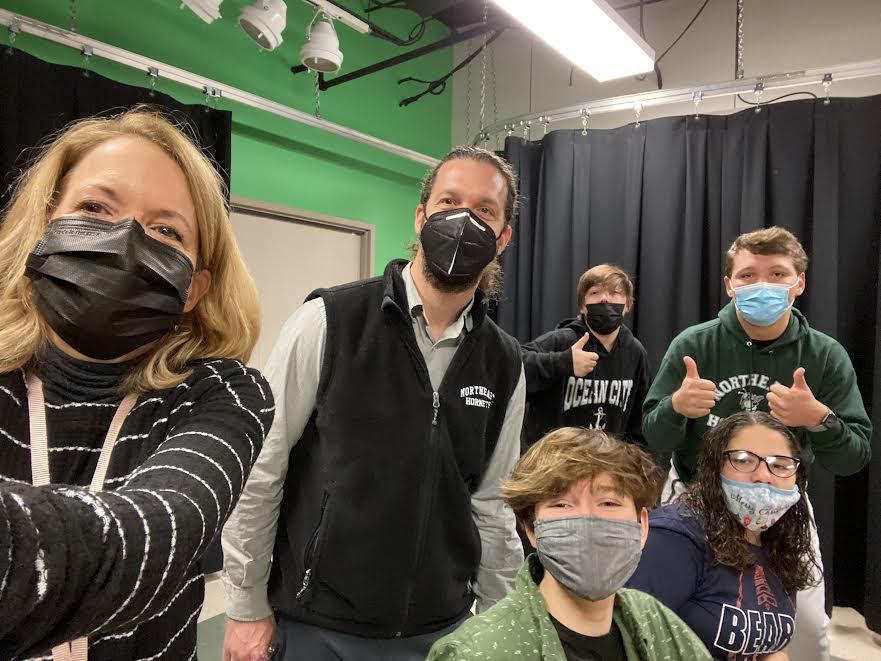 I was asked to take over the TV Studio project at the beginning of the 2021-2022 school year, which I accepted with enthusiasm. Since I was already working closely with Laura Martin on technology tools for the classroom I consulted with her about a way to get our announcements back on the air. Students had been reading announcements over the intercom since the year before because of broken equipment and the lack of funds to replace them. Laura Martin remembered and suggested we try Google Live Stream and the project began here. We evaluated the equipment we would need to start with to enhance the quality of the project and applied for the grant from The Foundation for the BASD which we received! We were able to purchase important equipment to increase the quality of the stream as well as microphones and portable batteries that would allow us to stream remotely from other areas of the school.

Early on Laura discovered on a Google Forum blog on Slide Deck that they offer a feature present to meeting in a Live Stream instead of sharing screens. So, we now are able to show slides with text and graphics and also play videos that the journalism club and teachers prepare much more easily than sharing our screen on the stream as if we were in a Google Meet or Zoom meeting. This has completely changed and animated the overall production of our morning news. The TV Studio students in conjunction with Journalism Club uses a Google Slide Deck that is shared between students and the advisors to create and update a storyboard for the morning news. Students also use Google Sheets and Google doc to transfer new teacher announcements to the teleprompter for the anchors to read. 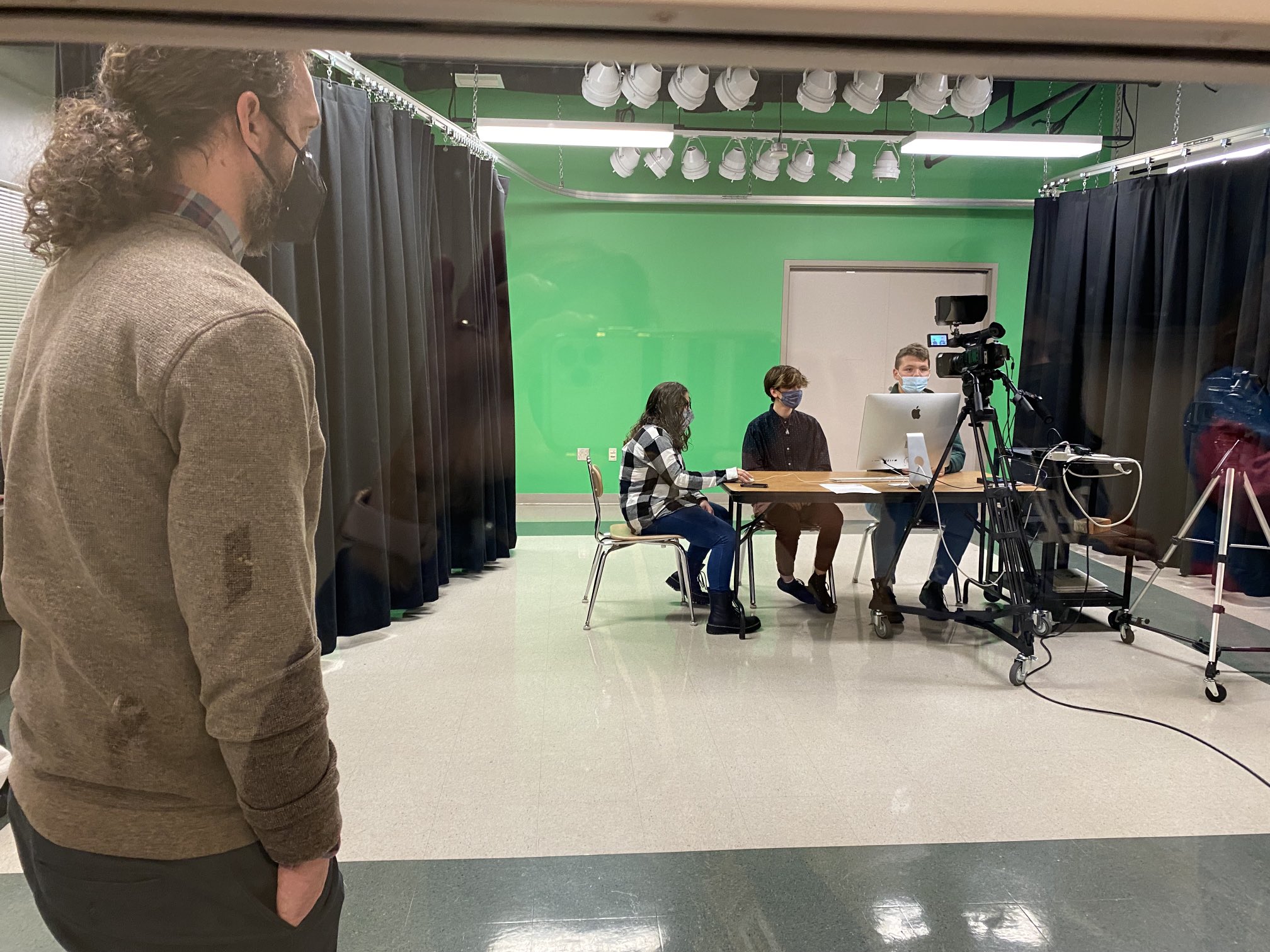 Kim Bush, our communities in schools coordinator, leads the journalism club. She spoke last summer to our principal about helping with the TV Studio as she has finished a degree in journalism and has a passion for it. She has worked closely with our students and created projects for the students to capture events around the school to be viewed on the morning news.

One or our main goals with the entire project has been to empower students to take on the responsibilities of the TV Studio and journalism club so that they are completely student-led. Students continue to come to us and inquire of joining our production team. They come to club meetings during and after school and come to the TV Studio before school to learn how the morning news works and eventually serve as anchors for the school morning news. Google Meet and Slides were the perfect tools to enable students to design and run this program.
We’ve worked hard to cultivate teacher buy-in making videos and promoting clubs and events for the school. There is hardly a day now when there is not at least one video produced by the journalism club or staff to show on the morning news. 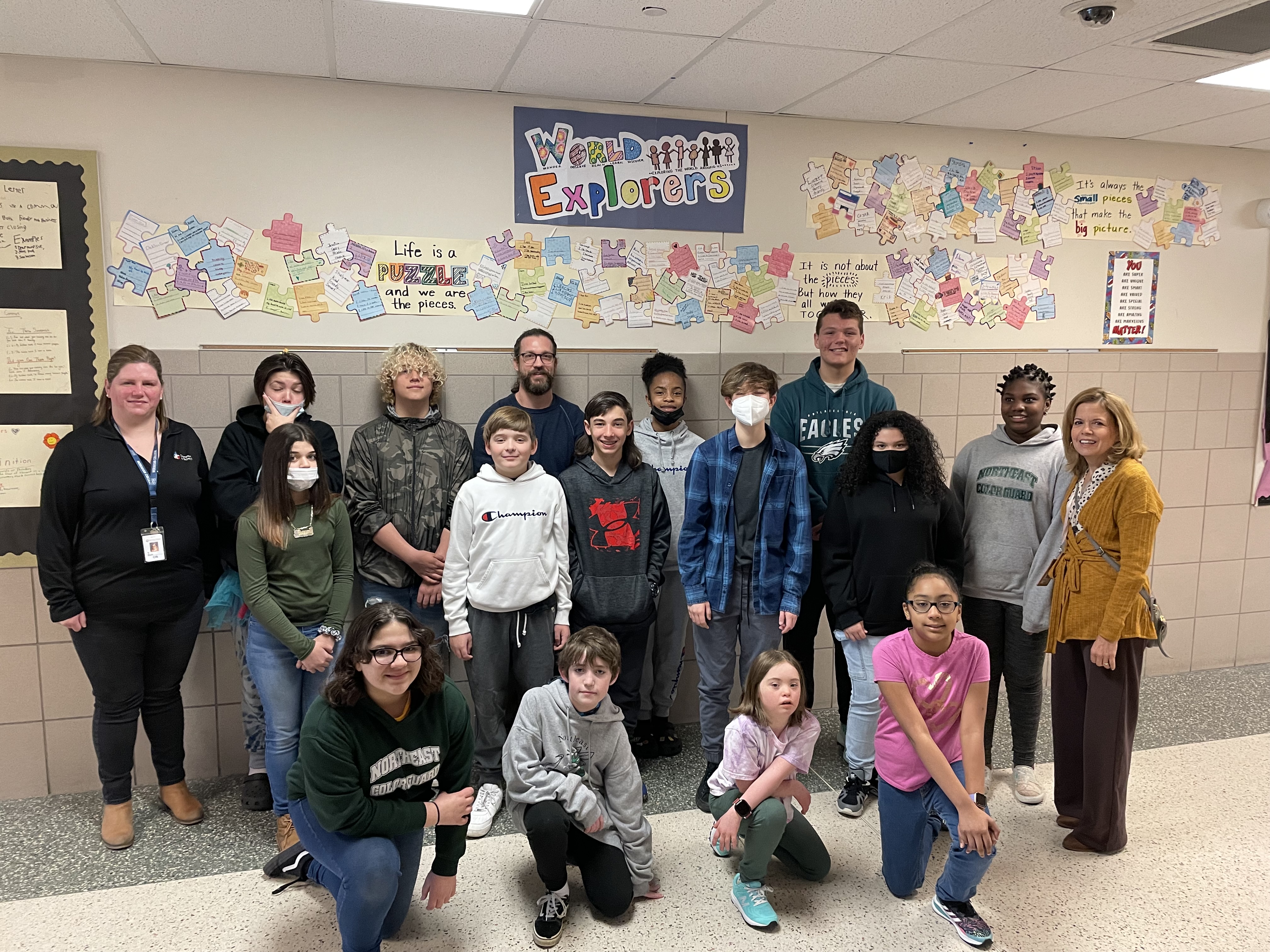 Here is an example of how autonomous the club has become and how it’s promoted student agency to a large group of eager middle schoolers. We were tasked with live streaming our musical production Sister Act Jr. to classrooms. This was the second live stream event we shot along with a winter pep rally where sound was not a problem. The sound was not coming in to classrooms cleanly at all. It was unbearable to listen to. Two students from the TV studio ran down to the auditorium immediately with the fix to the problem. Noise Cancellation was on. They knew that from the live streaming start process they complete each morning, but three adults that work daily with technology could not figure out a solution.

We began by scaffolding the project by: providing checklists, setting standards with each feature of the production and providing examples and support. Since the past few months, students train new members of the club completely. We have a healthy number of competent and enthusiastic 6th and 7th graders in the club, so that next year and subsequent years will transition smoothly.

With this project we are teaching professionalism by urging students to represent themselves on the news as leaders and as peers who proudly represent our school.

This is an inclusive program - we have students of numerous backgrounds as well as students with disabilities who run the club and anchor the morning news.

It has been absolute honor and privilege to co-lead, with Kim Bush and Laura Martin, this new project and production with some of the brightest and happy students every day. We are just at the beginning and I am excited about what the future holds for our journalism club and morning news crew!"