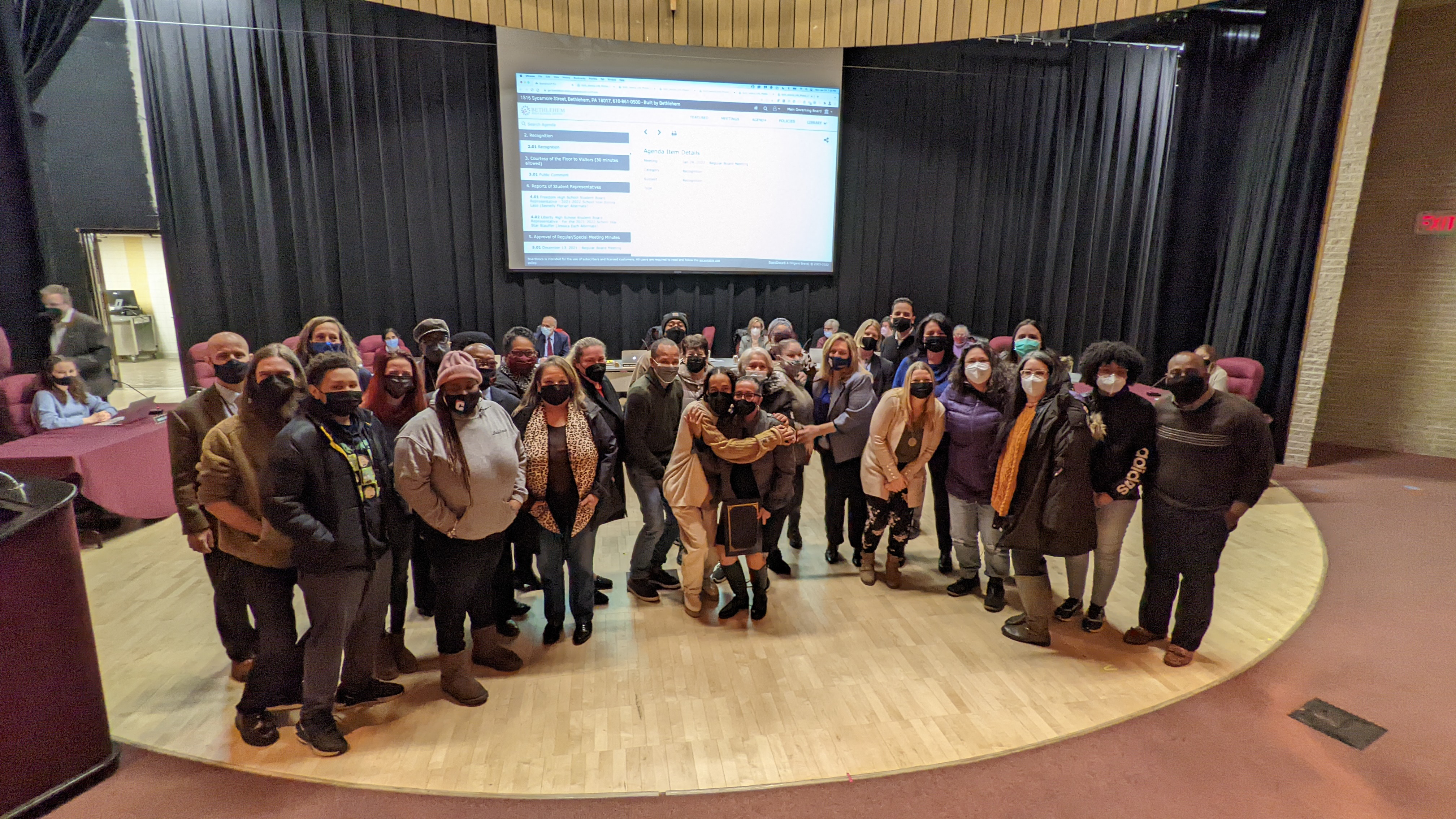 Dr. Vivian Robledo, Director of Student Services and Minority Affairs for the Bethlehem Area School District, has announced that she is moving on to new and exciting opportunities. Vivian has served BASD for the past 23 years.

She began with the district in 1998 as a counselor at Broughal Middle School, moved on to Assistant Principal at Fountain Hill Elementary, then to Principal at the Career Academy before moving to Assistant Principal at Liberty High School and then to our district administrative offices where she has grown from Supervisor of Minority Affairs, to Supervisor of Student and Community Engagement, and eventually to her current role as Director of Student Services and Minority Affairs. Dr. Robledo developed in our community. She is #builtbybethlehem and we were fortunate to see her rise and grow within our district. Bethlehem Mayor J. William Reynolds presented Robledo with a proclamation naming January 24 as Dr. Vivian Robledo day!

After 23 years serving Bethlehem's public schools, Robledo will be retiring from the district and heading for a new position as executive director of The Next Step, a public charter school in Washington, D.C.

Born in Bethlehem and raised by Puerto Rican immigrants, Robledo secured the bulk of her education at East Stroudsburg University.

Her first job was as a college counselor at ESU before she returned to South Bethlehem at Broughal Middle School with her guidance counselor certification from New York University. She eventually earned her principal's certificate to assume positions as an assistant principal at two Bethlehem high schools.

The inclusion and cultural diversity expert has worked in her current position since 2015 and is highly regarded by district officials, particularly for her talent of being able to facilitate constructive dialogue among people of different cultural backgrounds, remarked Superintendent Joseph Roy.

Bethlehem Mayor J. William Reynolds addressed the board and applauded Robledo, who also led the district's "Career Academy," which focuses students on the importance of completing their high school education and pursuing higher education.

"The Career Academy served the most marginalized students in the city of Bethlehem," Robledo said.

School board President Michael Faccinetto said Robledo was a strong student advocate who was tireless in her efforts to assist students in achieving their goals.