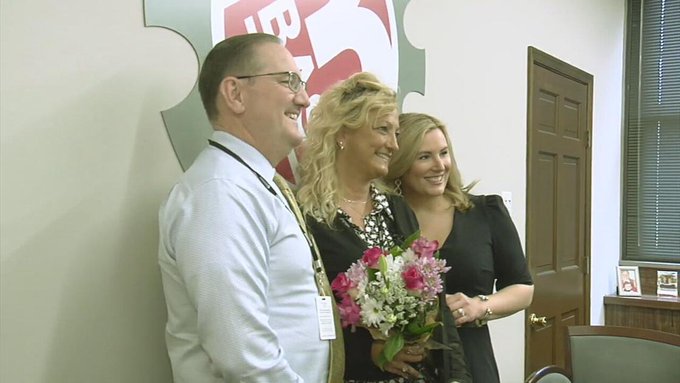 If you ask Barbara Clymer to tell you about herself, she'll say, she was "built by Bethlehem."

She works in the administrative offices for the Bethlehem Area School District, the very building where she attended school as a little girl.

"I actually went to school here, at Edgeborough Elementary School," she explains.

Now, she walks those same hallways with the title of Assistant to the Superintendent for Communications.

Though, if you ask Superintendent Dr. Joseph Roy, he'll tell you, "Most of the ideas that we do are comin' from Barb!"

Her "assistant" role is often the lead role.

"She often reminds me, 'you know, it would be really nice if you emailed so and so because this is going on,'" Dr. Roy says.

Barb started as a secretary here years ago. And her warmth and commitment to her community made her a go-to for just about everybody.

"I'm always trying to promote the positives, the happy things that are going on," she says, smiling.

She started an employee of the month program, where someone in the district was surprised with an award.

This past year, she took on a whole new role.

"It's been very stressful," she begins.

Barb and the office were the gatekeepers of all the COVID cases in the district. If the numbers went too high, they'd have to close schools. So, the tension of getting those numbers and then cutting off any kind of outbreak at the pass, was a daily effort.

"All the cases were coming into us, so it was very overwhelming!" she says.

They constantly communicated with principals and met weekly with the Health Bureau.

It was a job she never saw coming, but Barb stayed front-and-center in a behind-the-scenes role and was vital to helping keep kids in the classrooms.

And now, after all those months of her role as an encourager, the one who's usually surprising employees of the month, it was her turn to be recognized with our 69 News Golden Apple Award Program.

Barb might've been "built by Bethlehem," but the truth is, she has helped build Bethlehem, too.

"It's such a nice feeling to come into work and to love your job and to love the people you work with and I'm just very, very happy and very proud to work here," she smiles.

Barbara Clymer is yet another example of someone who went the extra mile this past year - for our kids, for our schools.

These faces are the reason that when the world stopped, school somehow kept going.

And we thank them for it.

Because when we look back on this, let's hope we can all remember what we learned, thanks, in part, to these educators, who kept teaching.