4 New Principals named in the BASD 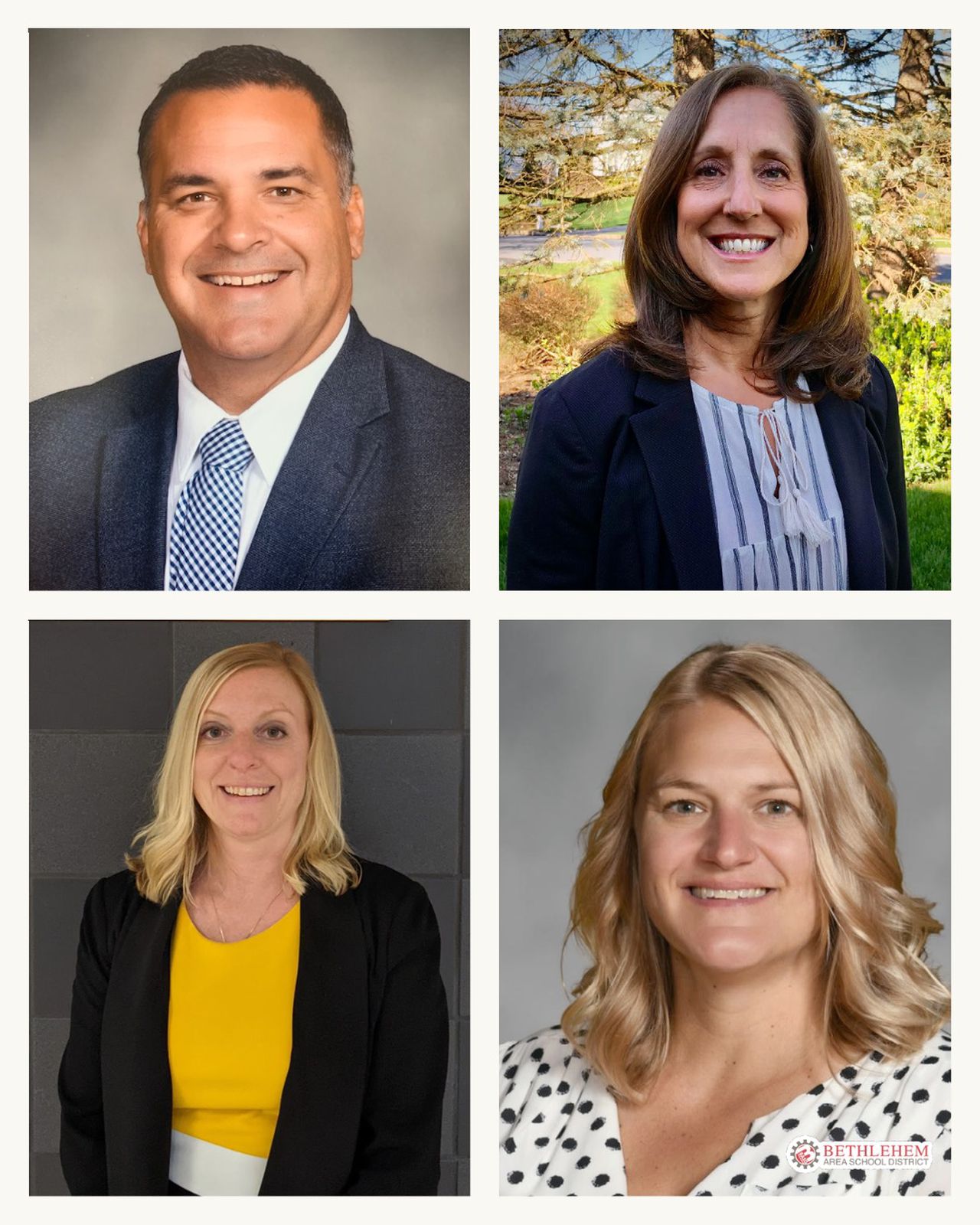 The Bethlehem Area School Board approved four new principals Monday night, who should all be familiar faces to district students and families.

The openings at Freedom High, Northeast Middle and Governor Wolf and James Buchanan elementary schools are all being filled by current district employees.

The board in March approved the retirement of four principals with many years invested in the district: Freedom’s Michael LaPorta, Northeast’s Joseph Rahs, James Buchanan’s Jill Moran and Miller Heights’ Deborah Roeder.

The new Freedom leader is Laurie Sage, who has served as assistant principal for the last four years. Before that she taught English at the Bethlehem Township high school. She is an alum of Moravian College where she earned her bachelor of arts degree, her master of education in curriculum and instruction and her administrative certification. Her new salary is $129,000 a year.

Current Governor Wolf Principal Dr. Theodoro Quinones will become the new Northeast Middle School principal. Quinones has been principal at the district elementary school for the last six years. His new salary is $122,000 a year.

Prior to coming to Bethlehem, Quinones was assistant principal at Stroudsburg High and Stroudsburg Intermediate Elementary schools. He also taught fourth grade in the Easton Area School District and nine years in the Los Angeles Unified School District. He earned his bachelor of arts from Albright College, his master’s degree from California State University and his doctorate from East Stroudsburg University.

Liberty High School Assistant Principal Amanda Hinkle is the new James Buchanan Elementary School principal. She’s been in her role at Liberty for the past seven years, where she also served as dean of students and an English teacher. Her new salary is $109,000 a year. She received her bachelor of science from Kutztown University and her master’s degree in educational leadership from Wilkes University.

Miller Heights Elementary School’s new principal Lisa Young is a veteran district educator. She’s taught with the district for more than 25 years. Currently, Young is a first grade teacher at Governor Wolf, where she is lead teacher. Her new salary is $103,000 a year.

She’s also taught kindergarten and second grade in the East Penn School District. She received her bachelor’s of art degree from Temple University, her master’s degree from Lehigh University and her educational leadership certification from Moravian College.

By Sara K. Satullo | For lehighvalleylive.com